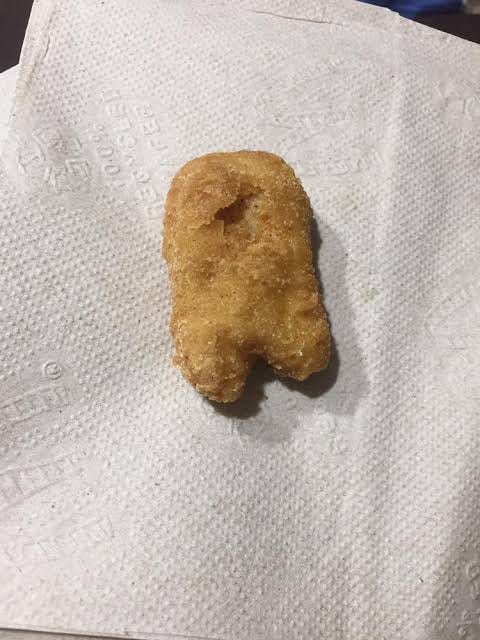 A McDonald's chicken McNugget just sold on eBay after more than 180 bids and stopping just shy of $100,000 because it is shaped like a character from the popular video game "Among Us".
The listing started at just 99 cents and then went completely viral, officially selling for $99,997.

The seller even guaranteed that the nugget was edible for up to 14 days and would make sure it would be delivered in an edible fashion. The condition was listed as "used," which brings up questions we don't want to ask, although the seller assured the buyer the nugget would be frozen and sealed to ensure freshness, CNET reported.

No word on whether it was purchased on the dollar menu.

"I had figured it would get somewhere around $50 but nothing like this," the seller, whose account name on eBay is polizna, told CNET.