(WWJ) Meet two young bears who wrestle, play with toys and spend their days together at the Detroit Zoo.

An orphaned grizzly bear cub from Alaska has found sanctuary in Royal Oak... where zoo visitors can watch him grow up with his new best friend, a polar bear cub named Laerke, in the Arctic Ring of Life. 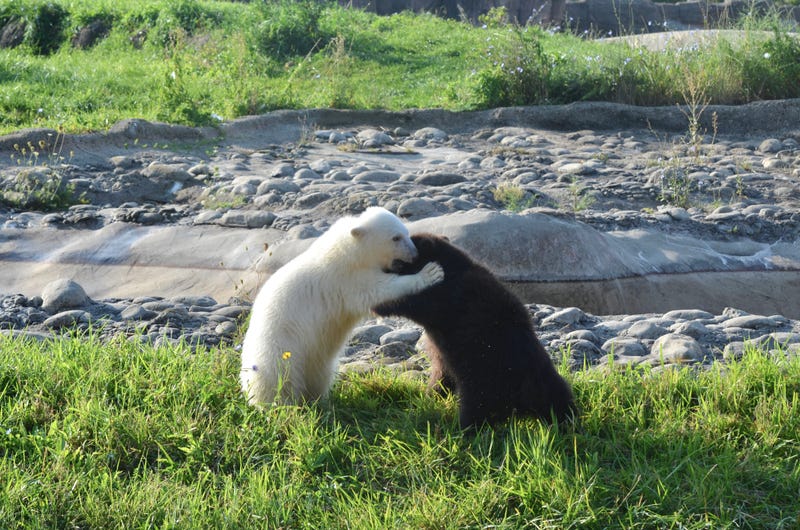 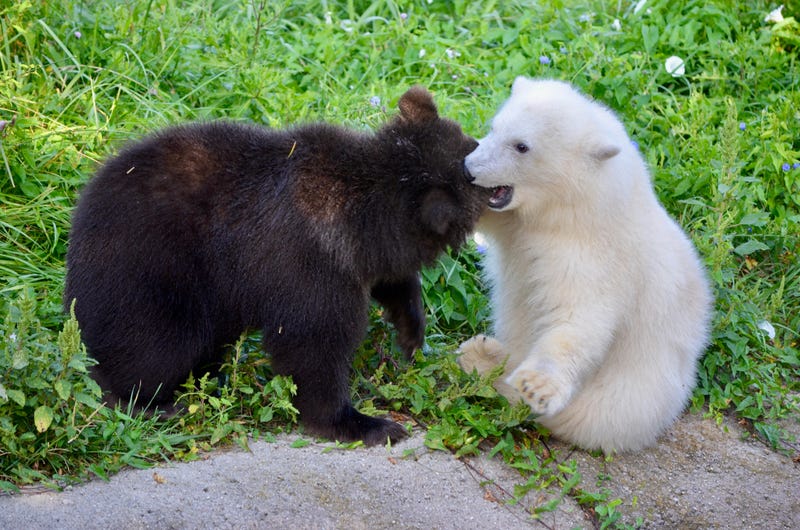 The Alaska Department of Fish and Game (ADF&G) received reports of a grizzly bear cub wandering alone near a Tok neighborhood in June. Much too young to be separated from his mother, the ADF&G moved him to the Alaska Zoo in Anchorage for immediate care and a health assessment before he was transferred to the Detroit Zoo.

Named Jebbie by the local residents who saw him and notified ADF&G, he arrived at the Detroit Zoo weighing 76 lbs., and today weighs 180 lbs. After a quarantine period and an exam by Detroit Zoological Society (DZS) veterinarians, Jebbie moved to the Arctic Ring of Life polar bear building, where he and the Detroit Zoo’s hand-reared polar bear cub, Laerke, have been gradually getting to know each other.

This comes after Laerke had to be separated from her sibling, Astra, early in life, the Zoo explained.

Astra and Laerke were born at the Detroit Zoo in November 2020 to 8-year-old mother Suka and 16-year-old father, Nuka. Two days after their births, Laerke appeared weak and stopped moving. She was brought to the Ruth Roby Glancy Animal Health Complex for around-the-clock emergency care.

Now she's doing great, but was getting lonely.

“There are no other polar bear cubs who we can bring here to live with her, so we reached out to state agencies that frequently must find homes for orphaned grizzly bear cubs. We’re thrilled that we are able to give Jebbie sanctuary and provide a much-needed companion for Laerke,” said Scott Carter, chief life sciences officer for the DZS. “This social development is critically important for both Laerke and Jebbie.” 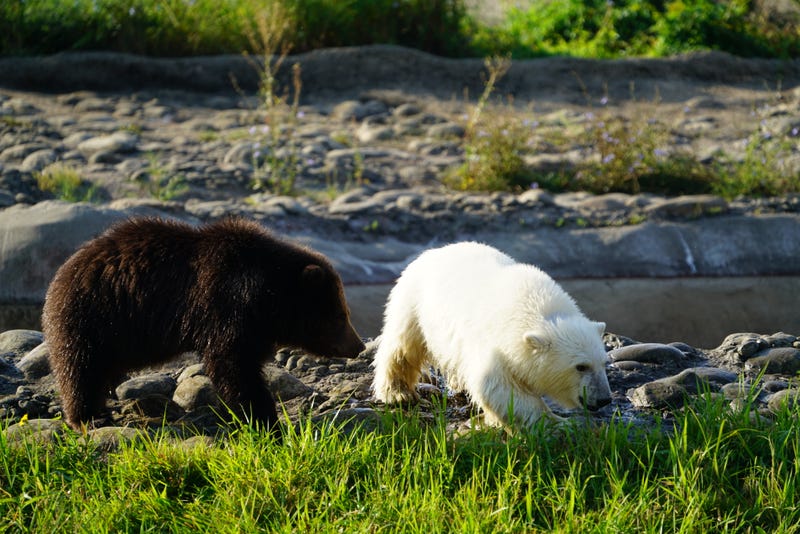 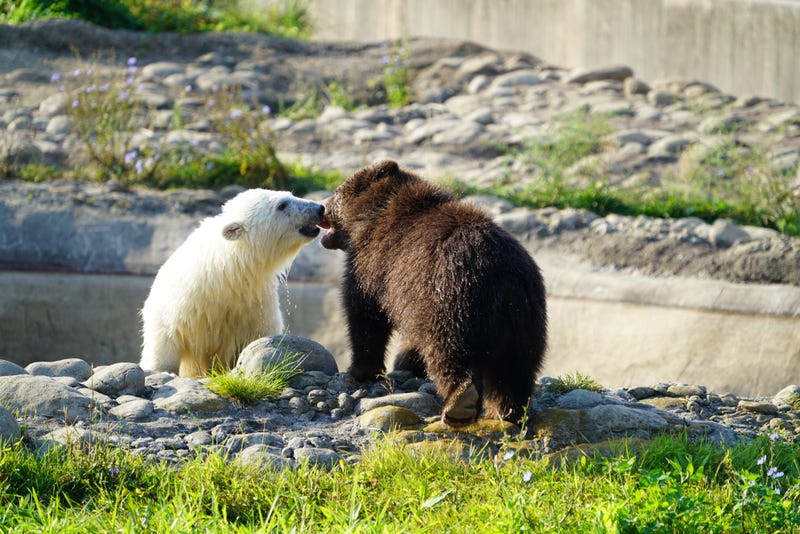 “Suka is a great mother and very protective of Laerke’s sister, Astra, but it’s clear that she no longer recognizes Laerke as her cub,” Carter added. “Returning Laerke to her mother and sister is not an option for us.”

The Arctic Ring of Life is one of the largest zoo polar bear habitats in the world. It includes a grassy tundra, a freshwater pool, a “pack ice” area and a 190,000-gallon saltwater pool. This state-of-the-art facility encompasses more than 4 acres of outdoor and indoor habitats and was recognized by The Intrepid Traveler’s guide to “America’s Best Zoos” as one of the finest zoo habitats in America.