Firefighters have extinguished a large blaze that burned two boats and reportedly damaged four others with intense heat at the Ford Yacht Club on Grosse Ile.

The fire also caused some damage to a dock.

Grosse Ile police say responding personnel found two vessels fully engulfed in flames, Wednesday morning, in the area designated as F-Dock. The boat were still in the water and steps were taken to prevent the fire from extending to adjacent docks and vessels, police said.

No one was aboard the boats at the time, and no injuries were reported.

Fire at club on Grosse Isle damages boats, docks. No injuries. Cause of fire under investigation. More @WWJ950 and https://t.co/NcwIrwPs9B, and online at https://t.co/9bsne9SkBL. pic.twitter.com/cUe91e8ivF

The cause of the fire remains under investigation.

It's unclear if the club will reopen today but as of right now, no one is being allowed onto the property to check on their own boats. 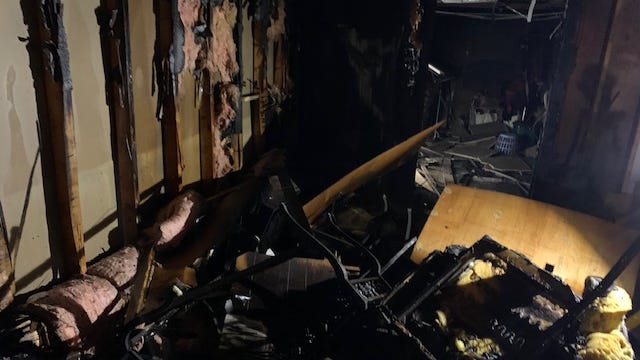 The club and its onsite restaurant had been open all summer, with families thronging to special events and outdoor movie nights and music concerts. But the restaurant closed suddenly last week and reopened just 18 hours ago.

Unfortunately we are temporarily closed. We hope to reopen soon!

The club describes itself as a family-oriented place on 174 acres on the southern tip of Grosse Ile. There are families that have been members for generations.