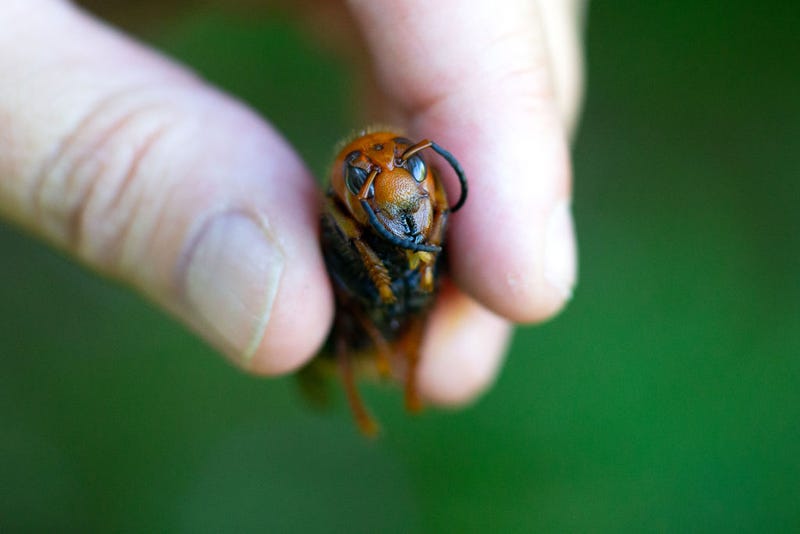 Yes, murder hornets are still around.

This week, the Washington State Department of Agriculture destroyed its largest nest of the year so far and found a Queen inside with “interesting coloring,” according to a Facebook post.

Another #AsianGiantHornet nest eradicated, this time with the help of a Baker District Trail Steward, Dan DeVoe, with...

Posted by Washington State Department of Agriculture on Thursday, September 23, 2021

“All workers — no males or virgin queens,” the Facebook post about the 10-comb reads. “The queen that started the nest had interesting coloring!”

Asian giant hornets or Vespa mandarinia – commonly known as “murder hornets” – are the world’s largest hornet species, growing up to two inches, according to <a href="https://www.bellinghamherald.