The National Hurricane Center says Zeta is now a hurricane.

"Data from an Air Force Reserve Hurricane Hunter aircraft indicate that Zeta has become a hurricane, with maximum sustained winds near 80 mph with higher gusts."

The forecast calls for Zeta to hit the Yucatan Peninsula, then enter the Gulf and get stronger.

"Zeta is forecast to strengthen again while it moves over the southern Gulf of Mexico later on Tuesday." 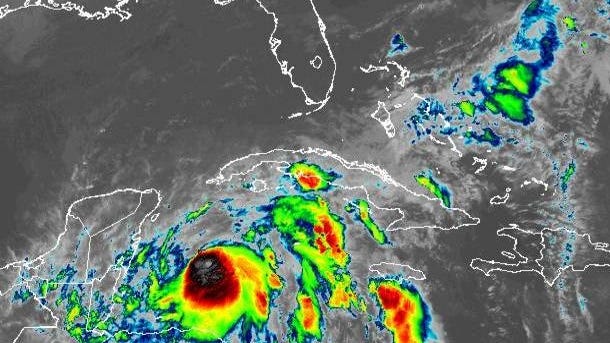 Zeta headed for Mexico, then US Gulf Coast