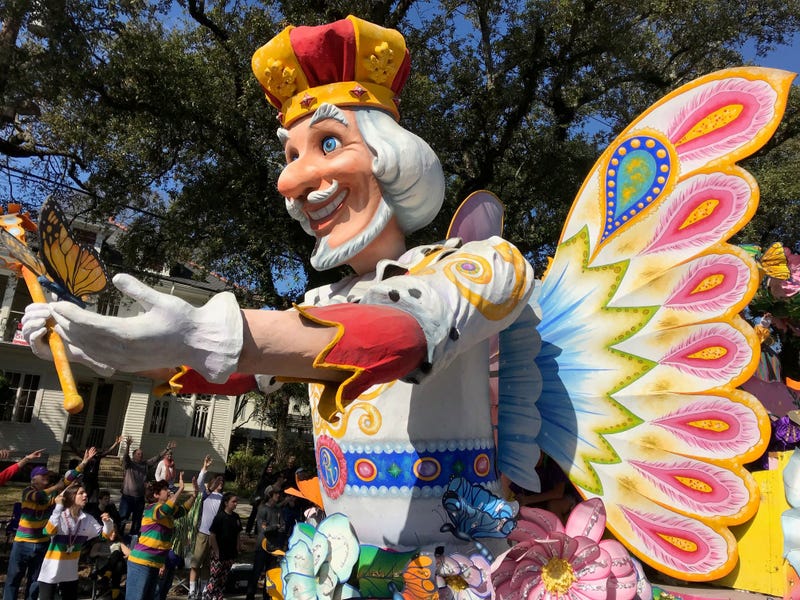 The U.S. Centers for Disease Control and Prevention says Mardi Gras was likely a fertile breeding ground for the novel coronavirus, but the government health agency notes that at the time carnival parades and other celebrations were taking place in New Orleans, February 14 - 25, no federal advisories on canceling large events had been issued.

"The first documented U.S. cases of COVID-19 were among travelers returning from China and their immediate household contacts," the report states. "During the third week of February, California, Oregon, and Washington reported the first U.S. cases with no known travel to China or exposure to a person with confirmed COVID-19. Case investigations indicated community transmission in these jurisdictions."

The report notes that the first areas where doctors were able to observe community spread of the disease were major urban centers on the east and west coasts.

The report goes on to state: "Mardi Gras, which concluded on February 25, occurred at a time when cancelling mass gatherings (e.g., festivals, conferences, and sporting events) was not yet common in the United States."

The CDC did not recommend canceling large events until more than two weeks after Fat Tuesday. Once that recommendation was made, major events in New Orleans and elsewhere were quickly called off, including St. Patrick's Day celebrations here, and in other large cities around the country. The NBA suspended its season and the NCAA called off all spring sports, including the popular and highly lucrative Men's Basketball Tournament, also known as March Madness.

In the following days, both New Orleans Mayor LaToya Cantrell and Louisiana Governor John Bel Edwards had been questioned about allowing Mardi Gras to proceed when the virus was beginning to spread in North America. Both said since there was no recommendation from federal health officials at that time, the event went on as planned, as did major sporting events and other large gatherings around the country at that time.