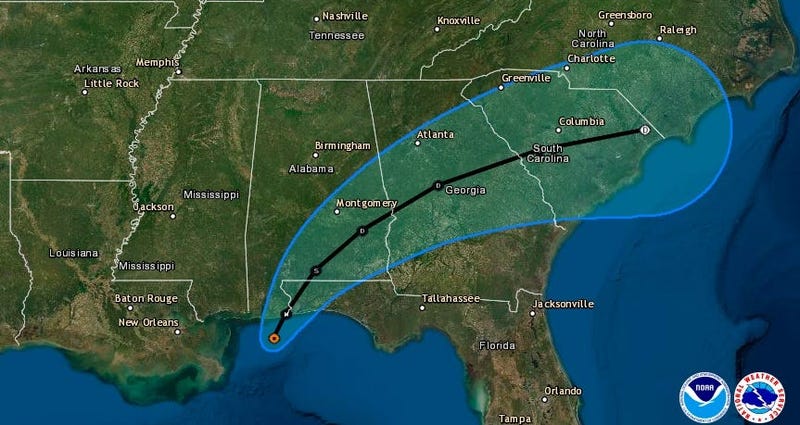 A Tropical Storm Warning remains in effect for the New Orleans area, and a storm surge warning is still posted for the mouth of the Mississippi River to the mouth of the Pearl River, but the National Hurricane Center has moved its forecast for Hurricane Sally a little to the east.

Sally's maximum sustained winds were 85 miles per hour at 10 p.m., with some strengthening expected over the next 12 hours. The storm is barely moving, headed north-northeast at two miles per hour.

"Sally should move north-northeastward, and then northeastward, with a gradual increase in forward speed, along the northwestern side of a weak mid-level high pressure area for the next couple of days," said National Hurricane Center Senior Hurricane Specialist Richard Pasch. "Then, as the system approaches the westerly flow at higher latitudes, the cyclone should turn toward the east-northeast with a slight further increase in forward speed until becoming a dissipating remnant low near the southeast U.S. coast in 2-3 days."