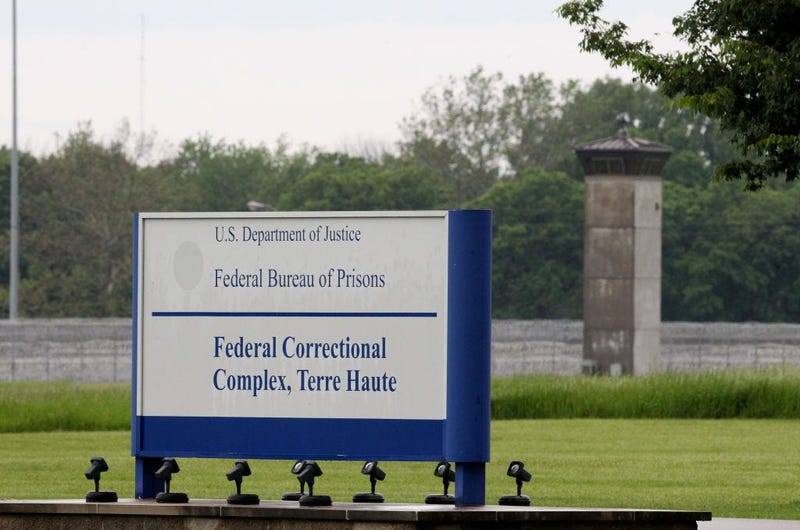 The U.S. Department of Justice today announced it is ending an Obama-era moratorium on executions, and one of the five federal death row inmates that were named by the Attorney General as the first to be put to death is a LaPlace man convicted of abusing and murdering his two-year-old daughter.

A jury found Alfred Bourgeois guilty in 2002 for his daughter's murder, which happened at Naval Air State Corpus Christi. The autopsy found hundreds of injury marks.

The Justice Department said the executions are scheduled to take place at the federal prison in Terre Haute, Indiana, between Dec. 9 and Jan. 15.

Another inmate awaiting execution at the federal penitentiary in Terre Haute, but not named in today's announcement, is ex-New Orleans cop Len Davis.

Davis became one of the most notorious instances of police corruption in the history of the New Orleans Police Department. While under investigation by the FBI for suspected ties to drug trafficking, a wiretap caught Davis celebrating the murder of 32-year-old Kim Groves in 1994. Investigators later learned that David ordered Groves' killing, because she had filed a police brutality complaint against him.

A federal jury in 1996 convicted Davis on two civil rights charges and sentenced him to death. His execution was delayed when the U.S. 5th Circuit Court of Appeals reversed his sentence, forcing prosecutors to hold another sentencing phase. A second jury also chose the death penalty, and Davis has been awaiting execution since 2005.