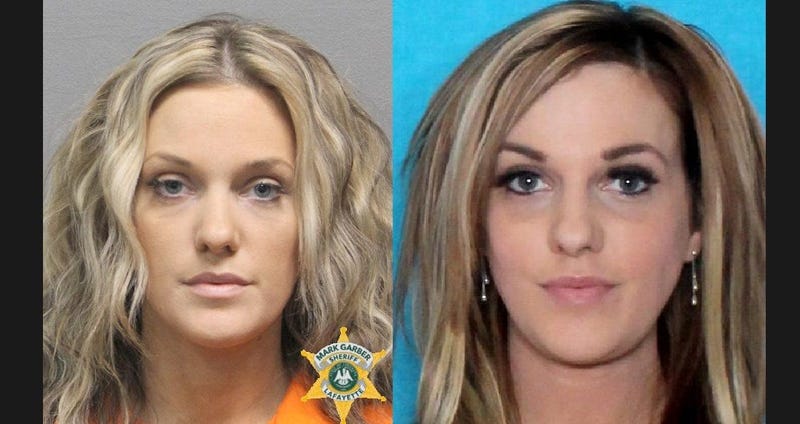 The 32-year-old mother of a Louisiana high school student faces charges under a new law for posting a video on social media of two children fighting at school.

Police officials said in a news release, "Parents who receive information concerning criminal activity on school campuses are urged to contact their local police department or school administration. Posting videos and photos of illegal activity on social media is against the law in the State of Louisiana."

Defense attorney Franz Borghardt says charging Maegan Adkins-Barras with Unlawful Posting of Criminal Activity for Notoriety and Publicity will likely lead to a legal morass for the police department in Scott, Louisiana.

“There are some issues with Scott using that crime, as to whether or not she was a principle or an accessory to the school fight.”

Police have not said whether one of the two children from the video at Acadiana High is related to Adkins-Barras.

The release explains, "Broussard, obtained a video of the fight that occurred on the campus of Acadiana High School on Tuesday, February 19th from her juvenile son’s cell phone. Adkins-Barras admitted that once she received the video from her son, she then posted the video to social media where it was shared repeatedly."

Borghardt says the law itself is new, and has not had it’s constitutionality challenged. He says he has some serious questions as to whether or the charge violates 1st amendment rights to free speech.

“The constitutional right to take information and share it, the filming of a crime, has not traditionally been protected intellectual property, so to speak.”

The two students involved in the fight are also facing criminal charges.

The defense attorney says considering how much publicity the case has received, if the Scott Police Department is found to have acted in error, they could be facing a hefty lawsuit.

“Scott police could have issued a summons, they chose not to. So, they are blowing this up, and if this goes bad maybe she will have some rights against them. Especially if they were acting in such a way that they did not have probable cause to conduct the arrest in the first place.

Adkins-Barras bonded out of jail.