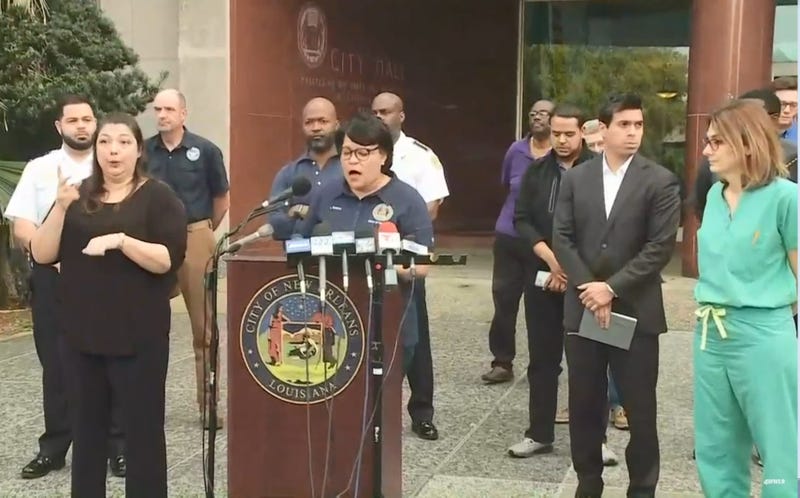 "This is in fact a crisis," Cantrell insisted. "We do not want to see the death toll escalate."

Today's actions came after the second death of a coronavirus patient in Louisiana.  Cantrell said the latest fatality was a person who was a friend of hers.

"We are losing loved ones... we all have a role to play... social distancing is not a buzzword, it is a reality... it is a way to save lives."

"It appears the rate of infection is increasing here in New Orleans more than in other cities," she explained. "The trend that we are seeing cannot be ignored."

Over the weekend, the city of New Orleans broke up some large gatherings.  One was at a bar where people were got together to celebrate St. Patrick's Day weekend.  Another was along Bourbon Street.

As of Sunday morning, Louisiana had 91 tests come back positive for COVID 19, with two of those people dying.

Cantrell noted, "The rate of cases... is continuing to rise."

New Orleans is one of a handful of cities where the government is going to offer enhanced testing.

"I gave the approval to enter into a pilot agreement with the federal government... to stand up drive through testing points throughout our city."

She admonished college students who are having parties.

Avegno also called out people who insist on meeting their desire to party.

"Is that desire worth putting some else's life at risk?" Avegno asked.