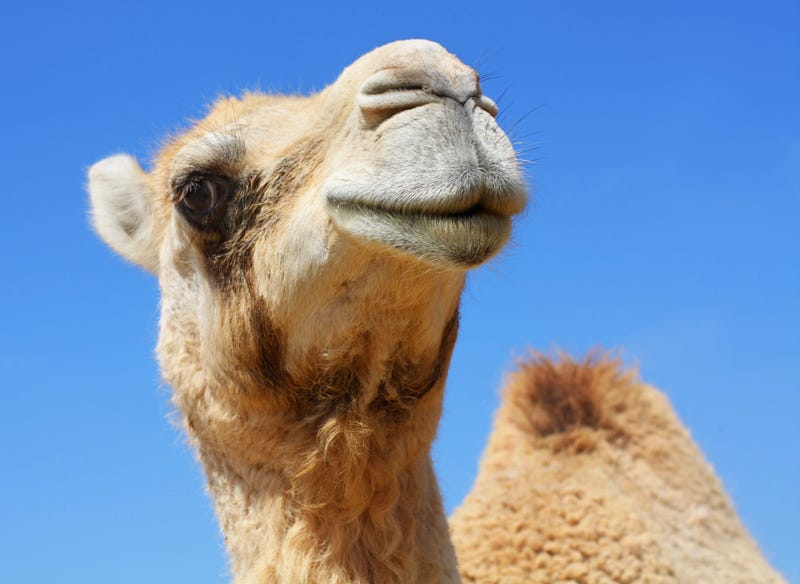 The owner of the Grosse Tete, Louisiana truck stop where a Florida woman bit a camel's testicles says the camel should be okay, because the woman had no teeth.

The woman ended up in the camel enclosure to retrieve her dog, which managed to make its way in there when the woman's husband threw some dog treats into the enclosure. That's when the incident went south.

"He did sit on top of her and she told police she then bit him, and, how to say this in a nice way, but, in a 'private area,' and they got the camel off," said manager Pamela Bossier.

Lucky for the camel, the Florida woman apparently lacks in dentition.

"The girl in the back said she didn't have any teeth," said Bossier. "That could explain why there's no bite marks, but we still got a vet coming to check him out today."

The truck stop, about 17 miles west of Baton Rouge, for many years kept a tiger in a separate enclosure, and was the subject of some controversy over its ownership of the endangered big cat. Several attempts to pass legislation to force the truck stop to sell the tiger failed, and the tiger remained there until it died in 2018.

In addition to the camel, named Casper, the truck stop also has a kangaroo, a miniature horse, and a raccoon relative known as a coati, which is native to Central and South America.