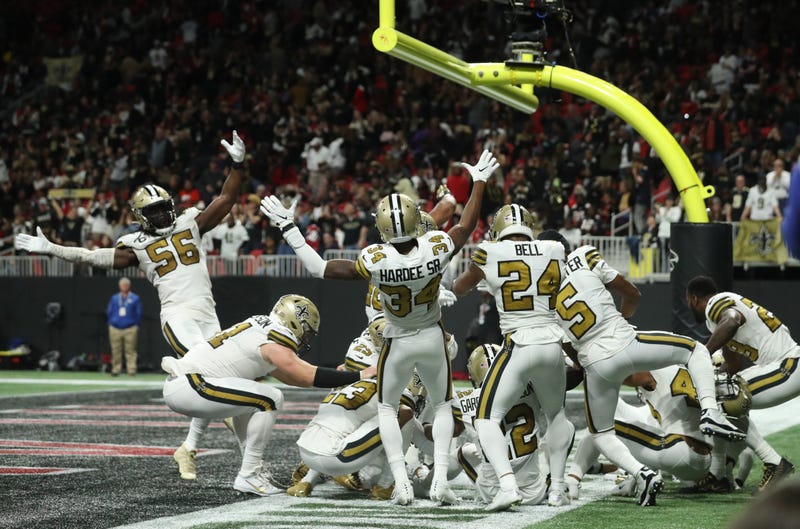 The Saints will be featured in five prime time games, and only have five noon kickoffs the entire season. That tells you all you need to know about the respect the TV Networks have for the Saints 2020 team.

The marquee is lit up with big matchups, none bigger than the season opener against Tom Brady and the Tampa Bay Buccaneers. If this game between the top performing QB’s in NFL history doesn't satiate your hunger for juicy battles, buckle up!  How about week two on the road against the Las Vegas Raiders as the NFL debuts in Sin City.    Or the fact that three of the Saints first five games are in prime time.  Oh and how about 4 games with future Hall of Famers?

What puzzles me is that both battles with the hated Atlanta Falcons are noon kickoffs. The networks typically elevate that longtime hostile rivalry to prime time.

As expected the Saints play Tom Brady and the Bucs again in week 9, and this one is on Sunday night football in Tampa. When the season ended, did you ever imagine the Saints would play Tampa Bay in prime time instead of the Falcons or Panthers?

The toughest stretch for the Saints comes in Weeks 12-14 when they face Denver, Atlanta and Philadelphia on the road in back to back to back away games. Not to mention the potential for foul weather, assuredly foul mouth fans in Philly and certainly fowl in the Eagles.

The Super Bowl champion Chiefs come to town in Week 15. I'm pumped that I might get to see Kansas City quarterback Pat Mahomes in person. Last season’s Super Bowl MVP is worth the price of admission for sure. Hopefully, our Coronavirus recovery is in full swing and we'll have fans in the stadium for the matchup.

The best thing about the Saints schedule is you get Tom Brady early when he hasn’t had the benefit of a full off-season to build chemistry with his Tampa Bay teammates. That is advantage Saints. The second best thing?  Santa Claus brings us a rematch with the Vikings on Christmas!

Every schedule is challenging for every team. Honestly, I'm just glad to see an NFL schedule. It’s what we need right now. Hope & something we’ve all grown accustomed to. So, let’s mark our calendars for the best of the best Saints matchups and pray for the return of football in our lives.

Favorite home matchup: Brady vs. Brees in week one.

Favorite road battle: Las Vegas Raiders on Monday Night Football. EASY! It's Vegas, and the Who Dat Nation will travel for that one.

Fun Fact: The Saints face Denver in week 12. The Broncos are the only team Sean Payton hasn't beaten as head coach of the Saints. In fact, the last Saints coach to beat the Broncos is Jim Mora. Yep, Jim Everett was quarterback the last time the Black & Gold claimed victory over Denver.

Lagniappe: Maybe, just maybe Kyle Shannahan has an off night, when his Niners come to NOLA.

Prediction: The Saints have won more regular season games than any other team in the last three NFL seasons. It's really hard to go 13-3 for three consecutive years. The over/under win total in Vegas is 10.5. I'm taking the over, but just by a hair. The Saints will finish 11-5.