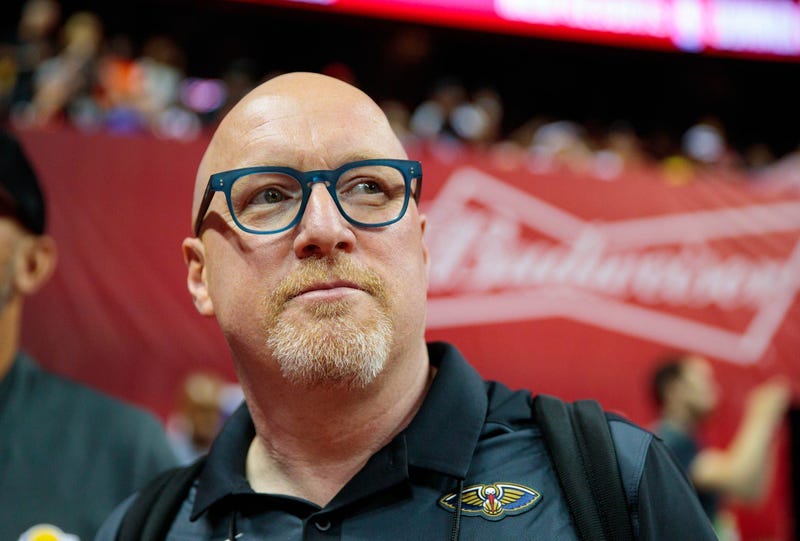 With a roster filled with youth and potential, the Pelicans will be an intriguing team to watch when they enter the NBA’s bubble to finish out the 2019-20 season.

With the team beginning the process of ramping back up to game-shape, Pelicans Executive Vice President of Basketball Operations David Griffin said there was definitely a feeling in the air at the facility today.

“I think everybody is glad to be back in the building and able to work out together in some form or fashion,” Griffin said. “You could see the energy in the building today was outstanding. Again, we do feel like we’re caretaking for one of the brightest futures in the NBA, in terms of the totality of our young talent.”

Griffin appeared on WWL Radio Wednesday afternoon and said the team’s nucleus of young stars will greatly benefit from the increased pressure of an eight-game push for the postseason.

“Brandon Ingram’s a 22-year-old All-Star,” Griffin said. “Lonzo Ball is a very young player who is just scratching the surface of how good he can be, also 22 years old. So we’ve got several young players that we believe are high-level talents, and we’re excited to get them into an atmosphere where they’re gonna play meaningful games in big moments.”

As for the team’s biggest young star, Griffin said it was a boon for Zion Williamson to be able to continue his work with team trainers as he continued his rehabilitation from knee surgery.

“From a knee perspective, he’s good. He’s good to go, and that’s a blessing,” Griffin said. “The league was very forward-thinking in their belief that teams needed to be able to continue rehab protocols for anybody that was coming off of surgery, and certainly benefitted Zion.”

The Pelicans will kick off the restart on national television against the Utah Jazz on July 30. You can hear the full audio of Griffin’s appearance on “Sports Talk” by clicking the podcast link.