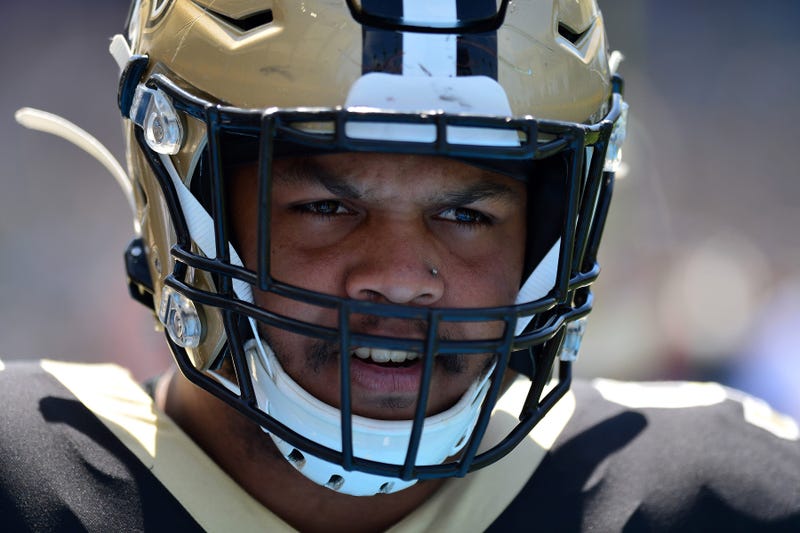 Through 4 games, Saints defensive end Marcus Davenport has recorded one sack on the season, but does lead the team with 8 hits on the quarterback. He finished his rookie campaign a year ago racking up 4.5 sacks along with 12 QB hits despite a toe injury and came into his sophomore season with great expectations.

That’s because the Saints sent their 2018 first-round pick along with a fifth-rounder, plus this year’s first-round selection to the Green Bay Packers in order to move up from 27th to the 14th pick to snag the 6ft6, 265 pound DE.

How does Sean Payton feel the 23 year old has played through the first quarter of this season?

“I think well, I think last night particularly well,” responded the Saints head coach.  “He got a little bit more snaps when Trey (Hendrickson) went down. There’s still some technique things I know Ryan (Nielsen) is working with him on relative to leverage and alignment. I think we’re beginning to see more of a consistent player as well. So it’s encouraging, I’m encouraged.”

Being a constant disruptor up front has been a huge asset to the Saints defense, which has picked up its play following the thumb injury to QB Drew Brees. While the offense hasn’t been lighting up the scoreboard, the defense has punished quarterbacks and running backs.

Davenport has certainly showcased his power and speed; abusing opposing offensive lineman and still hasn’t reached his full potential yet. Fellow DE Cameron Jordan has said that the 23 year old needs to get out of his own head and trust his abilities.  Davenport seems to be doing that and is not overthinking things as much, instead is just reacting. Next up on his hit list is 2-2 Tampa Bay as the Saints play their first NFC South opponent this Sunday at noon in the Mercedes Benz Superdome