LSU football hasn't technically played all four of its season-opening games at Tiger Stadium, but the Caesars Superdome can't exactly be described as an unfriendly environment.

That will change quickly on Saturday as LSU heads to Jordan-Hare Stadium for its first road SEC test in the Brian Kelly era. It'll be loud. The offense has to manage it. That's why it's been loud at practice all week.

"You have to duplicate that in practice and maybe overemphasize it in practice, make it a little bit more difficult," Kelly said. "Which I think we made it pretty difficult in practice this week with crowd noise."

But finding a way to work through the noise is only part of the equation. It's also helpful if you play well enough to tamp it down. The other way LSU can help itself avoid the brunt of the noise attack will be to keep things simple. The more things spiral, the more the noise becomes an issue.

"The more you're over-checking and changing things, it brings the crowd into the game," Kelly said. "So I think there's some things that you can do technically."

Those technical elements could come into the equation early and often. It'll be the first road SEC test as well for starting quarterback Jayden Daniels, and his two freshmen tackles. If LSU can manage the atmosphere and walk away with a win, it'll be a statement. A stumble will further signal the distance Kelly's squad has yet to go before it can be considered a true player in the SEC West. 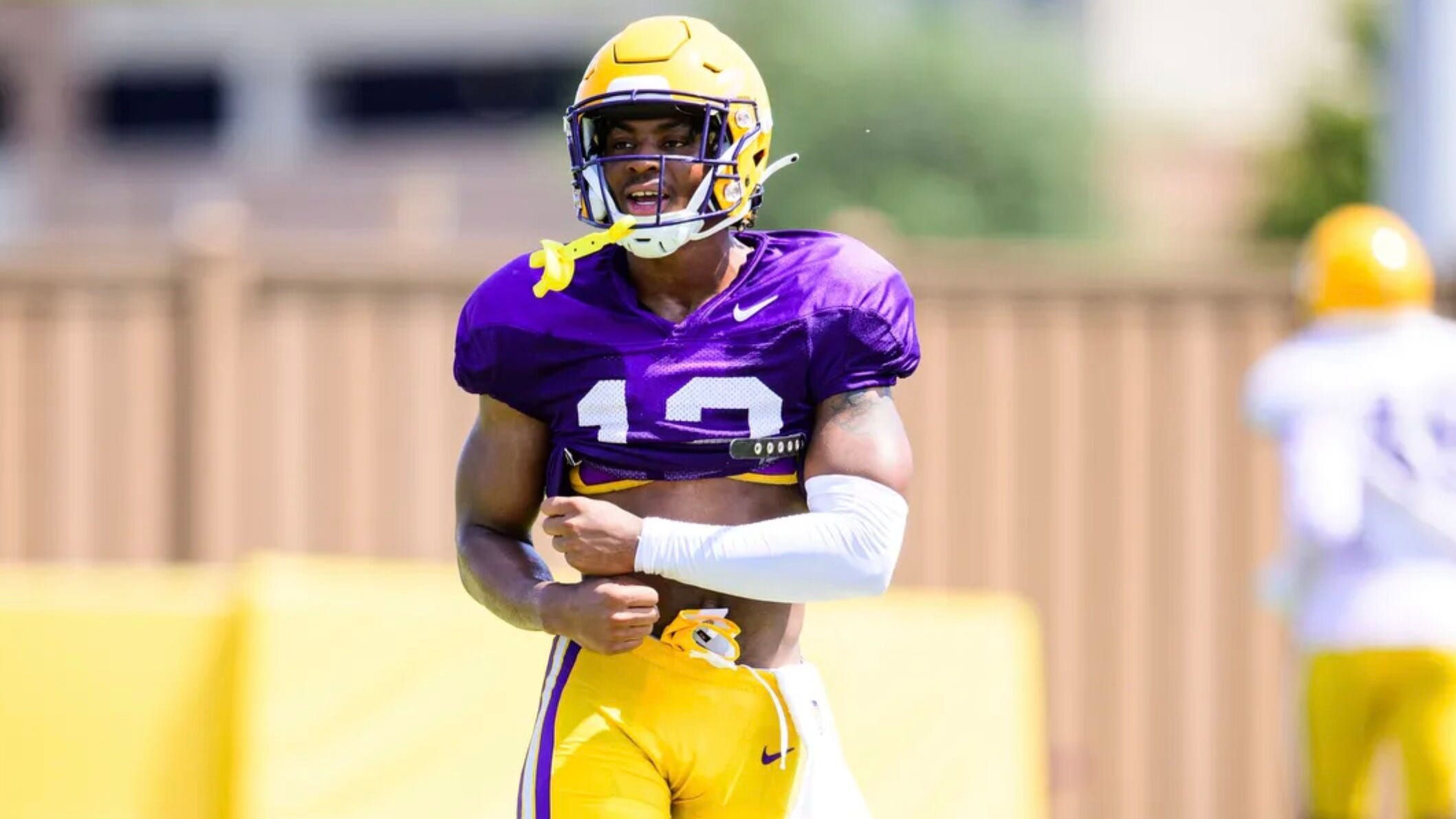 Joe Foucha has been studying, now it's time for a key debut in LSU-Auburn showdown

Don't expect to see Armoni Goodwin, who has been declared out this week with what Kelly referred to as a "substantial" hamstring injury.

On the positive side, defensive back Jay Ward has practiced all week and will be in the starting lineup, as has pass-rusher BJ Ojulari. Safety Joe Foucha is also expected to make his LSU debut after missing the first four games due to academic issues.

LSU has utilized a lot of 11 personnel thus far in the season (1 RB, 1 TE, 3 WRs), but there's a simple reason for that: "I'm traditionally going to play the best 11 players. And I want to do it with a tight end on the field."

Still, that philosophy would allow for heavier formations. If a two-TE approach got the best athletes on the field he would do it. However, Kelly does point to the run game as an element that requires at least one TE. The depth at WR makes it a touch decision to have fewer than three out there a majority of the time, but you're unlikely to see any 10 (one RB, no TE) or 20 (two RB, no TE) personnel groupings.

"We're challenged in the running game if you take one of those tight ends off the field. You can't run the ball as effectively in my system, in our system of offense. So the tight end allows us that balance in terms of what we're looking for and to add another tight end would really not be the best personnel groupings that we have, based upon the talent at the wide receiver position." 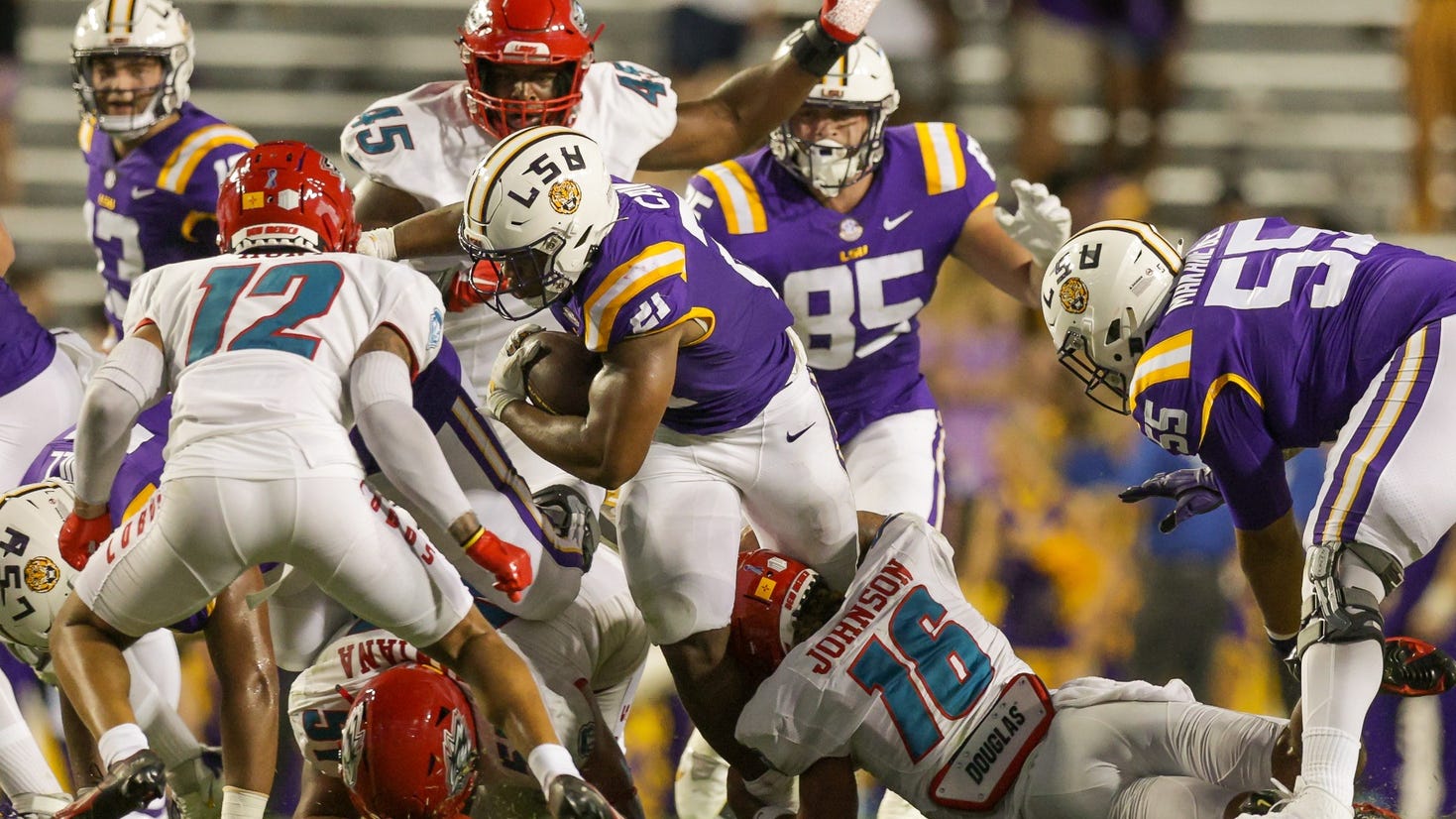 The good, bad and ugly after LSU throttles New Mexico: Nearly perfect, but some pain

THOUGHTS ON THE AUBURN DEFENSE

"We know we've got a challenge in front of us. They're talented, they're athletic. This is an SEC defensive line that when you watch film, you respect what they can do. They can rush the passer. They're physical against the run and, you know, we'll certainly have our hands full. We're playing with two freshman tackles, they will certainly be challenged in this game. But look, they've got they've got a few games under their belt. You know, they've got some experience, but they haven't been experienced [anything] like this, so it'll be a great challenge."