For a team that boasts three first-round picks along its defensive line, that certainly seems like an issue. But coaches and players see it more as a mirage driven by two very different schemes seen the first two weeks.

"You saw what Tom Brady was doing," Cam Jordan said after the game. "He was getting the ball out hot. I mean there's a reason why we were, you know, third and 7s and still getting off the ball. He was going check downs anyways."

Listen to the full pass-rush segment and film study on the most recent episode of Inside Black & Gold. Can't see the player above? Click here.

And the tape certainly bears that out. The Bucs faced third-and-5 or longer 14 different times in their Week 2 victory. They converted on four of them, with a pair of others being granted by penalty. Two of those conversions came on the Bucs' first drive of the game with the Saints yet to adjust from the zone-heavy scheme they started with. Another was the touchdown to Breshad Perriman that came after Marshon Lattimore's ejection, which left PJ Williams isolated in coverage on the outside. 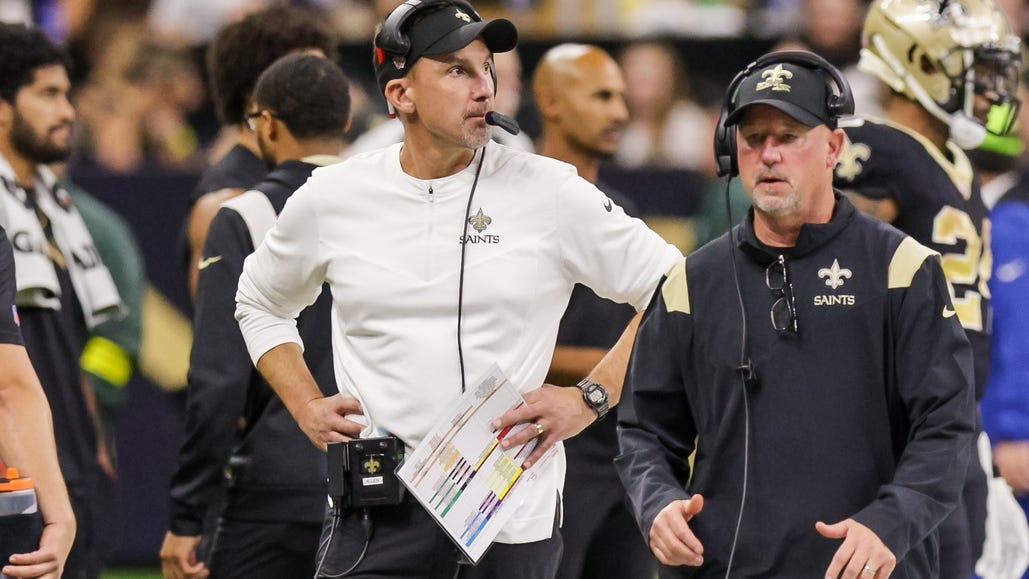 Allen pointed to the defense's overall efficiency in getting off the field on third down (the Bucs went 5-of-17). As Jordan pointed out, in several third-and-longs Brady got the ball out in under 2 seconds. The Saints responded with more three-man rush schemes, dropped 8 into coverage and come up to make the tackle. For the most part it was effective, the game was tied 3-3 entering the 4th quarter, and things came unglued on that long drive for a touchdown that was extended by a 12-men-on-the-field penalty after forcing a punt from deep in Tampa's own territory.

Brady finished the game 18-34 for 190 yards and a TD, hardly a memorable performance for the future 7-time Super Bowl champion. He was so flustered that he spiked a tablet on the sideline for the second time in as many matchups, a deja vu moment from the 9-0 shutout in Week 15 of last season.

Pressure stats wouldn't have changed the equation significantly. In Week 1, the issue was an RPO heavy scheme that forced the Saints' ends to play contain against Marcus Mariota. The Falcons QB was tackled behind the line of scrimmage more than once, but as a runner that goes as a TFL instead of a sack. 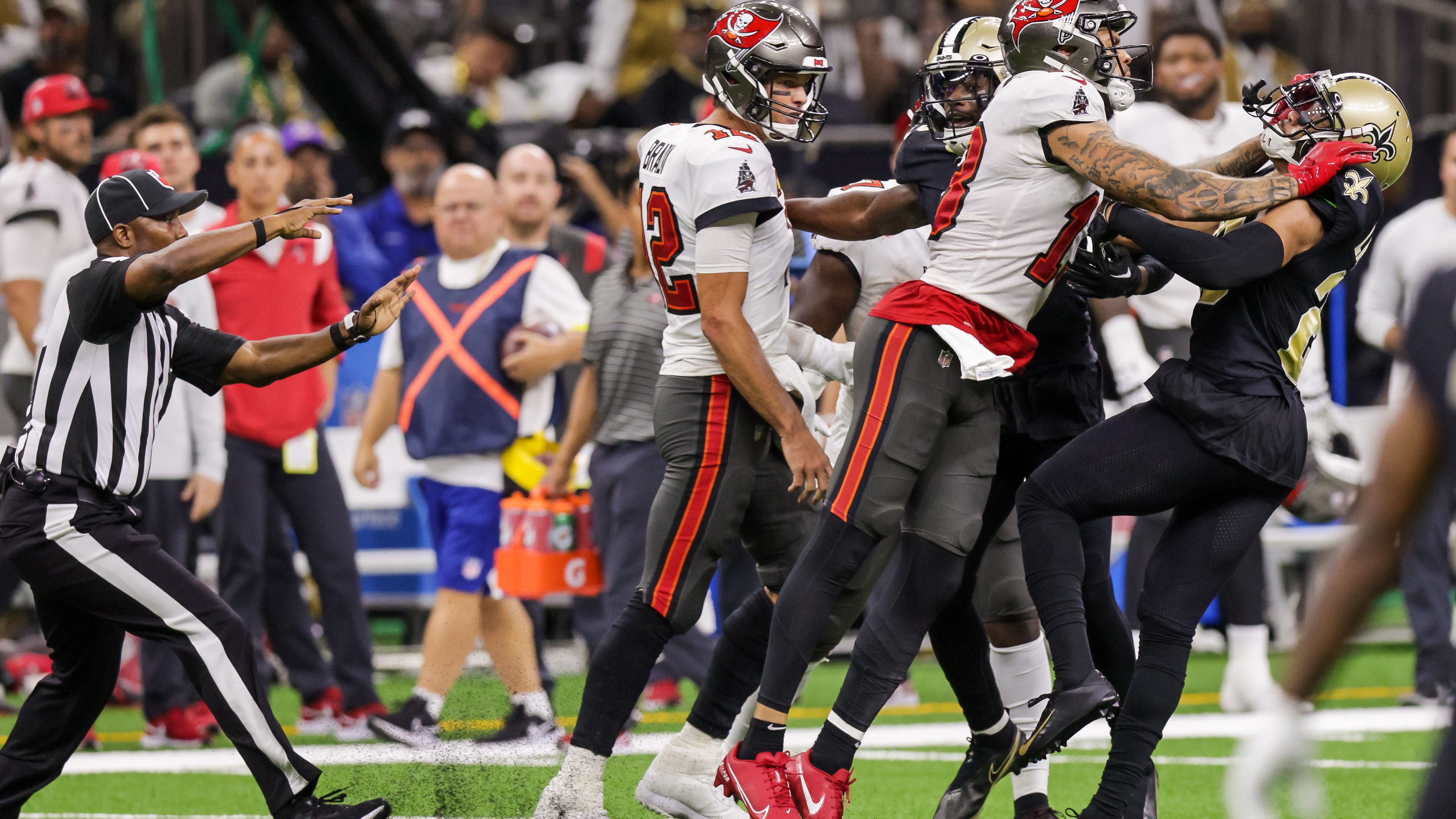 "Although we'd love to have a ton of sacks, the ultimate goal is to get off the field and get the ball back for your offense," Allen said. "Overall I thought we did a pretty good job of that. The sacks will come."

Allen also pointed to the 2021 defense, which also started slow on the pass-rush stats side of the equation (4 sacks, 6 QB hits through two games), but in the end finishing 8th in the NFL with 48 sacks on the season.

He expects a similar trend in 2022, and that could begin in Week 3 when New Orleans heads up to Carolina with the goal of teeing off on Baker Mayfield and the Carolina Panthers.

━━
Check out our new podcast Inside Black & Gold, wherever you get your podcasts. LINKS: Apple | Spotify | Audacy ... remember to rate and subscribe! 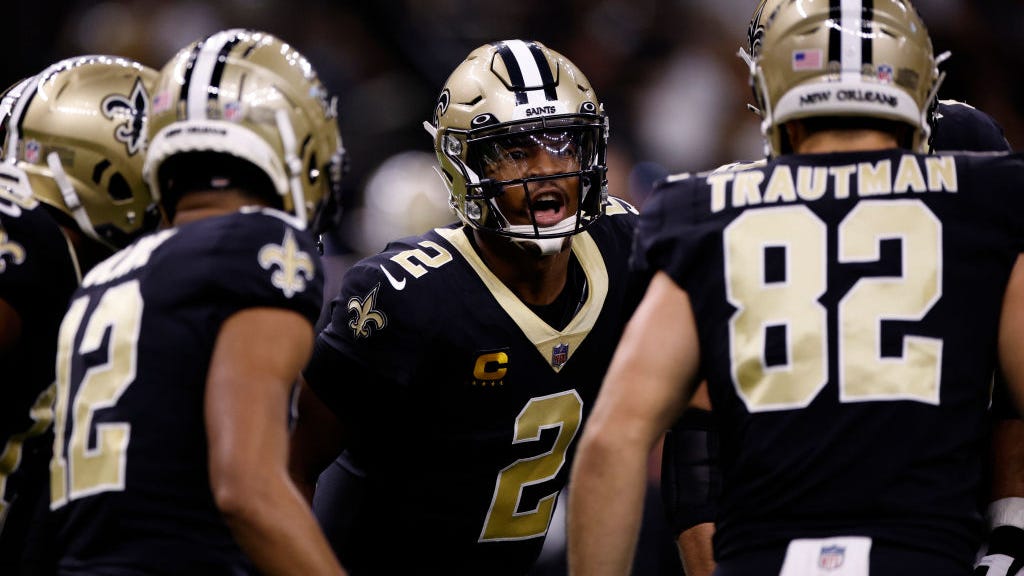 Picking the studs and duds in Saints loss to Bucs: A rough day for the offense