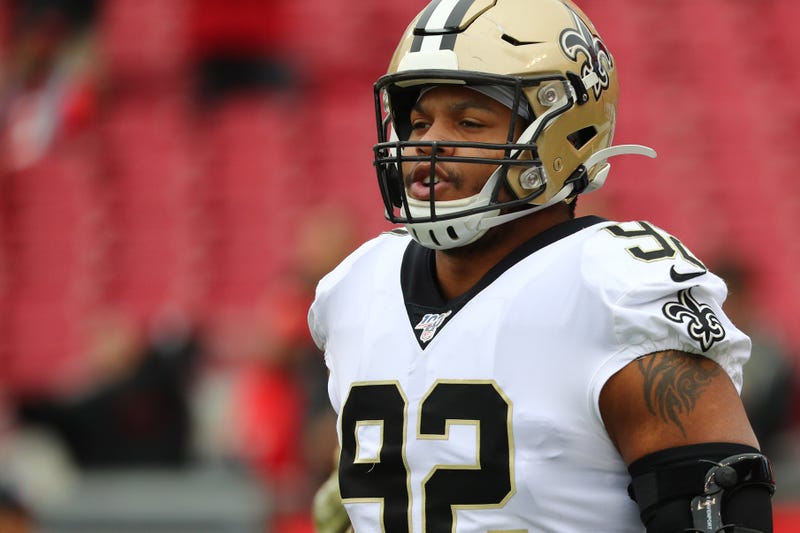 When a team trades up to draft a player in the first round, expectations will naturally be high. The Saints moved up 13 spots in 2018, sending their 2019 first-rounder and a fifth in 2018 for the 14th overall pick in that year’s draft to select defensive end Marcus Davenport out of UT San Antonio.

Thing got off on the wrong foot, as Davenport dealt with a toe injury in training camp of his rookie season that caused some delay in his development. Then he re-aggravated it in the middle of that season and missed 3 games. When he came back, Davenport clearly wasn’t the same disruptive guy, but still made it through the postseason before having surgery.

In 2019, Davenport landed on injured reserve, missing the final 3 game of the regular season and playoffs. He would have foot surgery, but the injuries didn’t stop there. Davenport also missed the first four games last year due to elbow and toe injuries, add in a concussion that caused him to miss another contest.

In all the Saints prized pass rusher has 12 sacks in his three-year NFL career and he has yet to play a full 16-game campaign.

MD has taken a step forward this year, for sure. pic.twitter.com/aLkJ4l0Gdt

“Sometimes I think as people we forget simple things, and I forget sometimes that I can do things quite good,” Davenport said.

“There’s no real need for me to hesitate. I’ve been practicing. I know the moves, and I know what to do. I got coaches here to correct me. It’s just on me to go out there and do it.”

Saints defensive coordinator Dennis Allen still believes in the 6-6, 265-pound DE. He feels truly getting a full offseason program will do wonders for the 24-year-old.

“He looks like he's four- or five-year vet out there, like you're beginning to see the light bulb go off,” commented Allen. “And, I think we all knew when we drafted Marcus that there was going to take some time for him to develop. I think that development was probably slowed some due to the fact that he really never had a great opportunity in an offseason program. So, I think this offseason has been critical for him. I think he's working extremely hard. I'm excited about him and excited about what he can bring to our team.”

The Saints also used their 1st round pick this year on another DE in Payton Turner out of the University of Houston. That sizzle we’ll be hearing come training camp won’t be the Louisiana heat; but from the competition on the field to start opposite of vet Cameron Jordan.