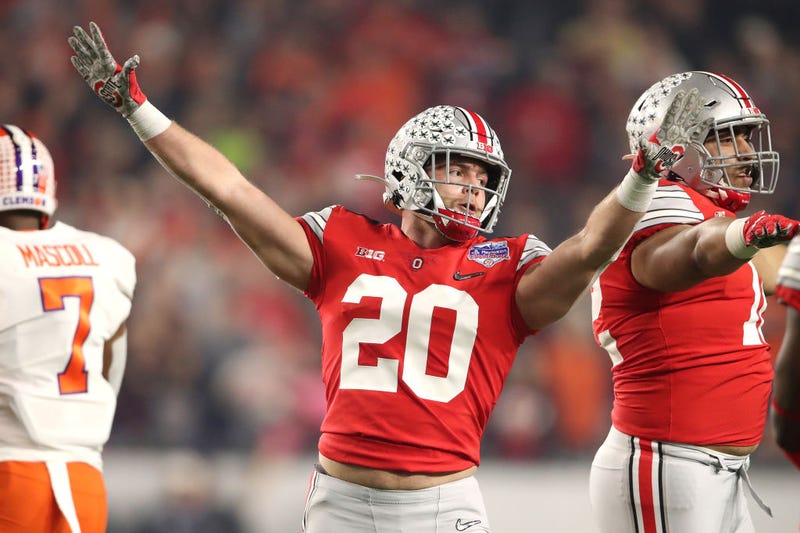 Ohio State linebacker Pete Werner was taken with the 60th pick in the 2021 NFL draft as the Saints continued a defensive theme after taking Houston defensive end Payton Turner in round one. WWL's draft krewe of Bobby Hebert, Deuce McAllister, Mike Detillier and Kristian Garic asked the high-IQ, speedy LB to descirbe his game.

"The biggest thing is that versatility piece," replied Werner. "You talk about a guy that can sit in an A or B gap as well as lock down and play great in coverage. That versatility aspect is kind of pride where I put myself on, which is how I play. The second thing is being a great tackler, especially in the open field. Tackling was something that really helped our team. Then, being an effort guy. Finishing sideline to sideline, always finishing at the ball."

Always around the ball. 🏈

Werner's first three seasons at Ohio State was at strong-side linebacker and finsihed with 131 total tackles, 13.5 tackles for loss, three sacks and 12 pass breakups. Then in his senior year, he moved to the weak side and went on to lead the team in tackles with 54 along with 2.5 tackles for loss, a sack and two forced fumbles.

"I know it's a team with a lot a lot of history," answered Wener when asked about New Orleans. "A lot of Buckeyes end up at this place. It's kind of that that capital for the Buckeyes. New Orleans is such a great place. I remember playing back in the Sugar Bowl against Clemson this past year. Just a great place, I'm so thankful for right now being a part of such a great team."