When Brynn Plascia was picked up from school on Monday, her parents told her she should put on her Drew Brees jersey.

They didn't tell her why. Actually they told her the opposite. She was under the impression they were heading into New Orleans for a trip to the pet store and a quick lunch. What she got instead was a dream come true.

"It's really him," Plascia, 18, said as she walked around the corner and spotted the former Saints quarterback, tears immediately welling up in her eyes.

Brees then took several minutes to chat with Plascia, sharing a long hug and posing for photos before he found a marker to sign the back of her No. 9 jersey with a personalized message.

"This is my dream," the Chalmette teen said as Brees penned his signature. 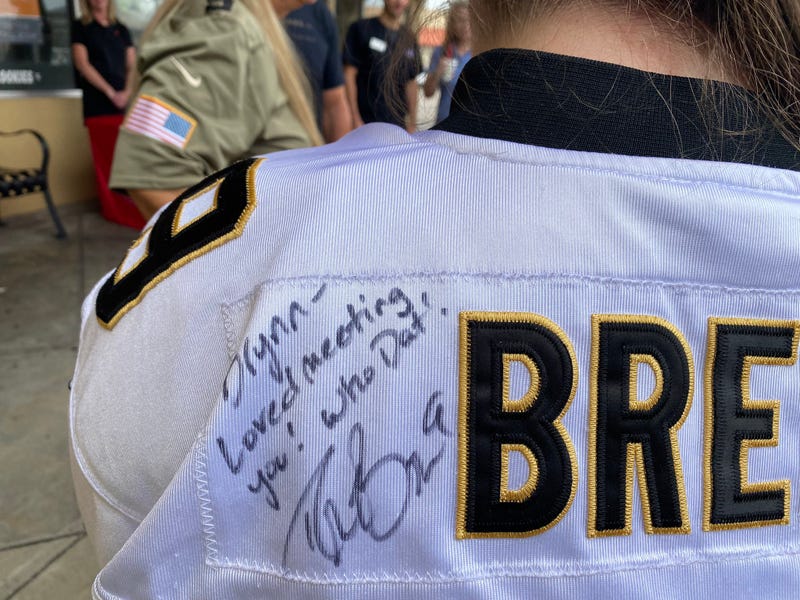 It was a heartfelt moment as the future Hall-of-Famer was in town for a ribbon cutting at the "Stretch Zone," a new business on Tchoupitoulas Street that Brees is partnering on with former Purdue teammate Jason Loerzel. The Tchoupitoulas location for the practitioner-led stretching program is the first in New Orleans. There are 126 others across the nation in 25 states.

"Even as I transition to no longer being a player, [stretching] is still as important a part of my training as anything," the former QB said.

Brees is in his first year of retirement after two decades as an NFL quarterback, and has now shifted to an analyst role with NBC. The meeting came barely 12 hours removed from Brees sitting in his analyst chair and going over the Saints' win over Washington in Week 5 alongside Mike Tirico. 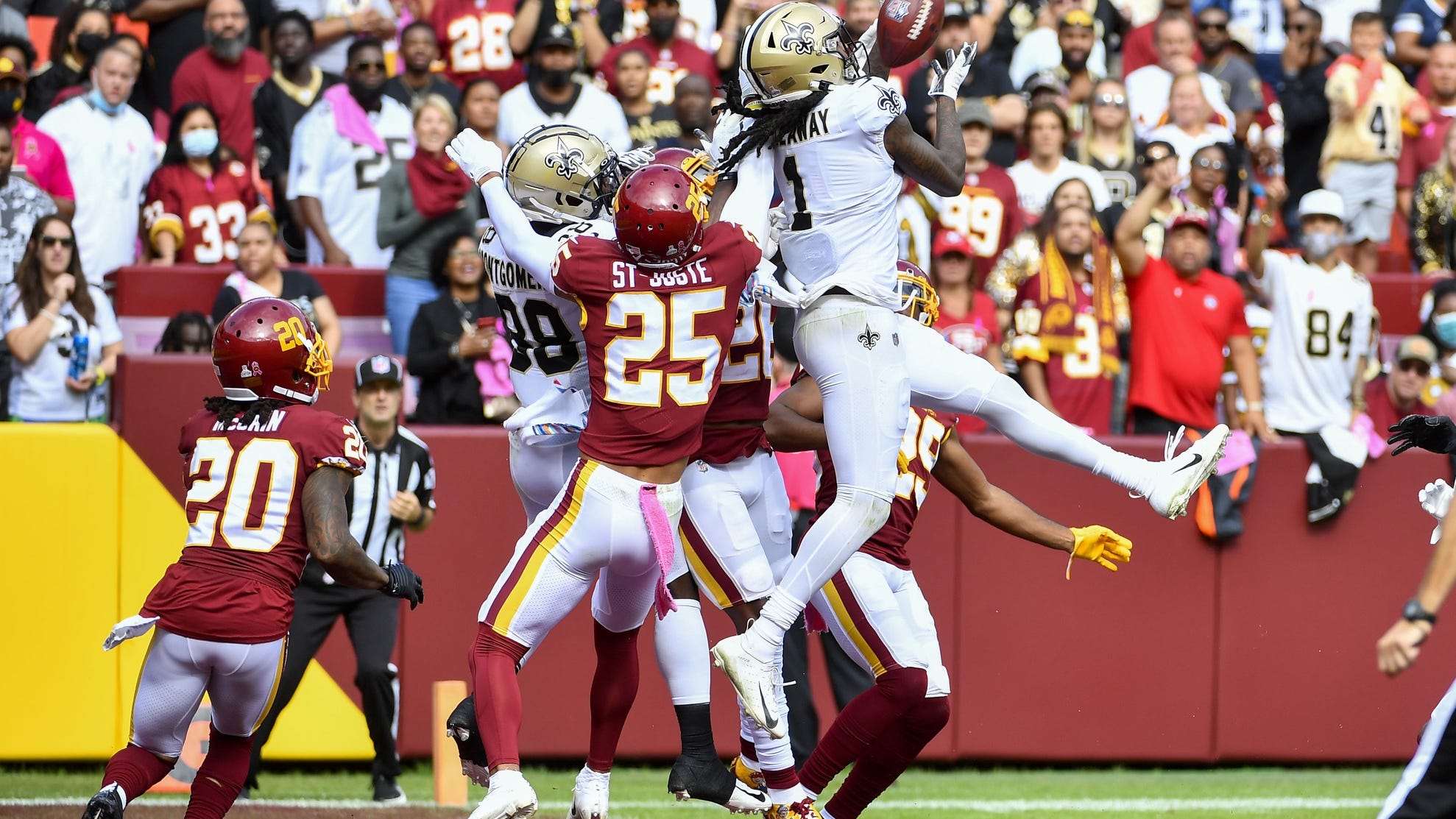 "Of course I miss [playing]," Brees said. "I miss elements of it. I miss being in the locker room. I miss the preparation ... the grind. It's difficult, it's stressful, but at the same time you're working toward something."

That said, Brees says he wouldn't consider a return to football. The decision was years in the making, and the factors that led Brees to ultimately hang it up won't be changing.

"Once I got to age, call it 35, 37, it became 'let's get to Year 20, and that should be it,' " Brees said. "Especially knowing where my kids were going to be ... there's so many things I want to be a part of with my kids, that obviously during the football season you just can't be a part of. The commitment is to your team and being a quarterback and being a leader." 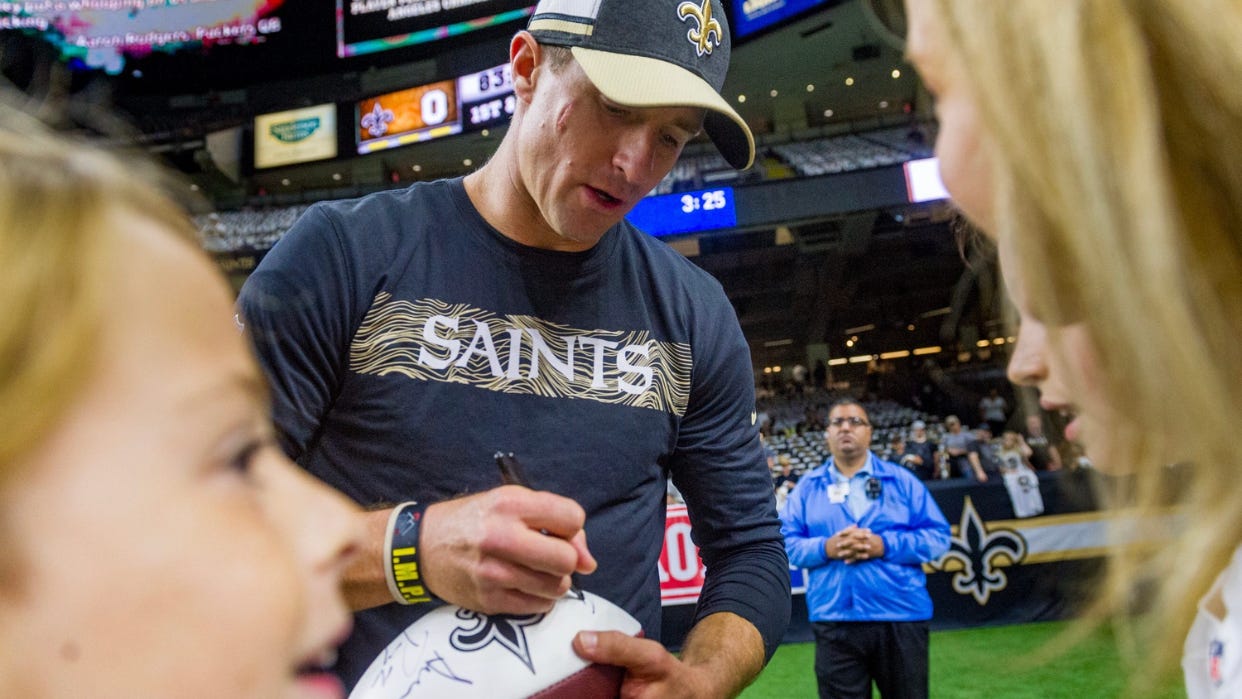