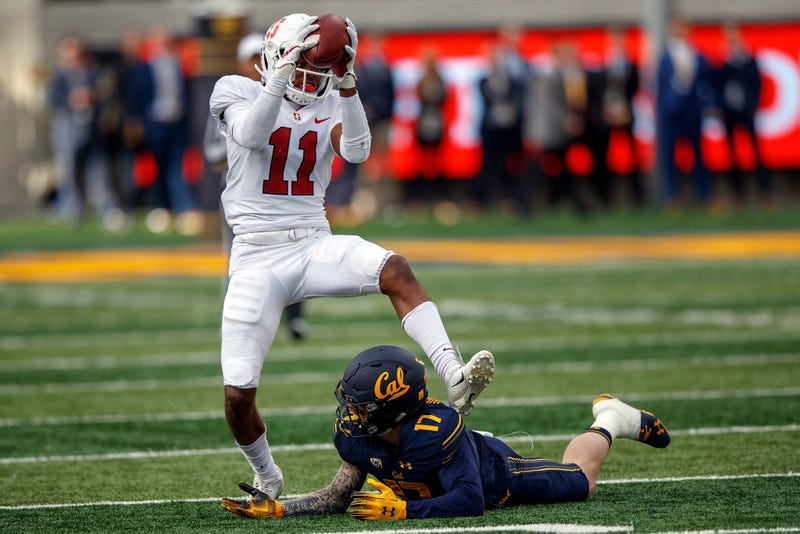 The Saints made a move in the 3rd round sending two 3rd round picks (no. 98 and 105) for no. 76 overall from the Denver Broncos. The selection would be that coveted cornerback: Paulson Adebo out of Stanford.

The #Saints selection of Paulson Adebo announced by @demario__davis ⚜️

"First of all, I got to say, I looked up to you growing up," Adebo told Saints color analyst Decue McAllister upon joining WWL's draft show. "You know, I used to play with you on Madden 07. So, its great be speaking to be speaking to Deuce McAllister right now."

Adebo went ont to talk about his game and what he brings to the Black & Gold.

"Playing at Stanford, we played a lot of different stuff," explained the 6'1, 198 pound CB. "I played true man. I played man with zone. I played true cover-2, squat technique, chop technique. I feel well versed to be able to come in any any system and play whatever style. But me being a corner, being competitive any time I can just line up against somebody and play them one-on-one, I love to do that."

The new addition to the Saints secondary is fantastic at finishing the football. Adebo tallied 34 passes defended, including 8 interceptions, in just 22 games.

"I feel like I've got the best ball skills out of any comer in the draft. I always joked around at practice. I said I got the best hands on the team, offense and defense. Growing up, I played receiver. It was always a natural position for me. I feel comfortable with the ball in the air. So, any time the ball is in the air, my mentality is that it's mine; and I'm ready to go and get it to make a play."

Paulson Adebo is a talented, athletic and long corner who gets his hands on the ball a lot. He’d be a steal at 49 pic.twitter.com/VcDQDUYRj9