Saturday afternoon's melee at the Jefferson Gun Outlet and Range on Airline Drive appears to have started with a 27-year-old man carrying a loaded weapon into the store.

Sources tell the Times-Picayune/New Orleans Advocate Joshua Jamal Williams carried the weapon, with an extended clip, into the store around 3 pm.
It's not known if this started an argument between Williams and employees of the store, but it is reported Williams fired a warning shot then turned the gun on 47-year-old Herbert “Noah” Fischbach, and 59-year-old Veronica Billiot of Belle Chasse, killing them both.

This apparently set up the exchange of gunfire between Williams and several armed people inside the store.

Williams died in the parking lot of the store running from the scene. Billiot died near the store's glass front door which was shot out in the melee.

Rounding out, two other people were injured--they were transported to the hospital with non-life-threatening injuries. The initial victim, Noah Fischbach is described as an armaments specialist for movies and television and a special effects technician. He leaves a wife and at least one child. 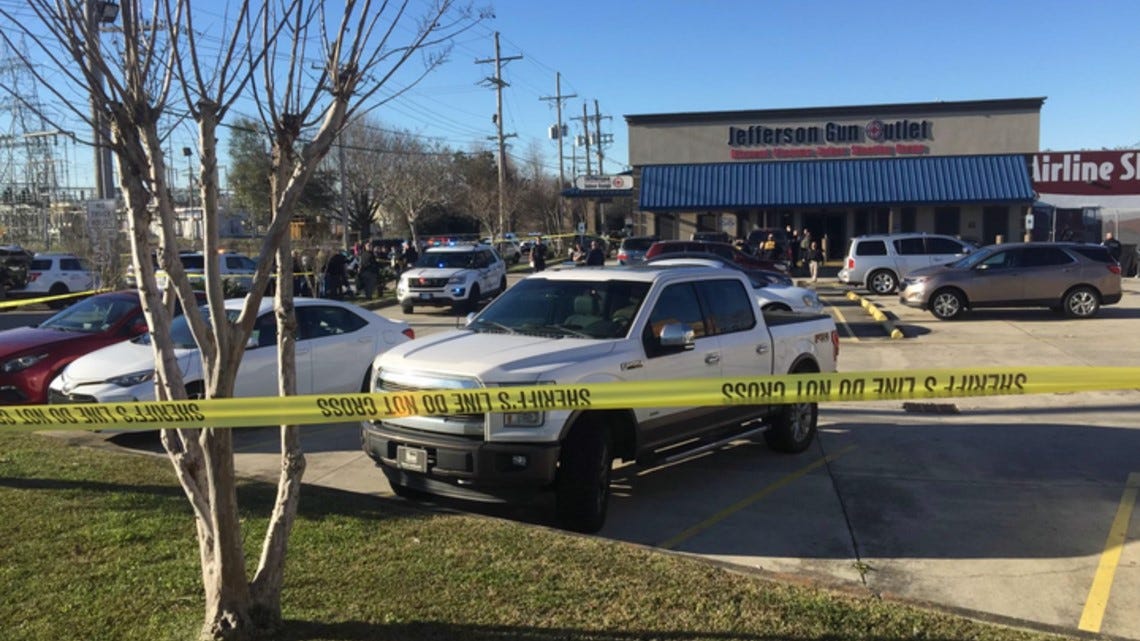