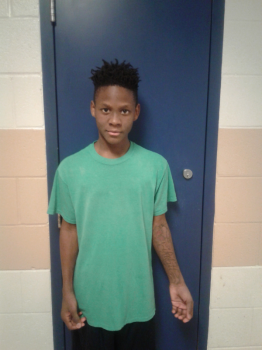 Police in New Orleans have now captured three of the four juveniles who escaped from the Juvenile Justice Intervention Center.

A late dispatch from NOPD states: A third escapee from the Juvenile Justice Intervention Center has been recaptured.

A 17-year -old male subject was apprehended a short time ago in the 7800 block of Coronet Court in the Seventh District.

Juvenile Justice Intervention Center Director, Dr. Kyshun Webster, says a combination of human error and a staff shortage due to COVID-19 is to blame for four juveniles escaping from his detention center.

“So, that causes additional strain on our resources. Recruitment is always an ongoing task for this agency,” said Dr. Webster.

Webster confirmed to reporters that Nelson Banks, 14 was re-arrested by police Thursday morning in the 8300 block of Stroelitz Street in Gert Town.

Cops arrested three others along with Banks, including his mother and brother, on charges of accessory after the fact for harboring and concealing the whereabouts of the juvenile fugitive.

DEVELOPING: NOPD has now captured two of the four escapees from the juvenile jail. Nelson Banks, 14, caught this morning on Stroelitz, Donovan Davis, 18, caught this afternoon on N. Johnson. The other two, including an accused killer, remain at large. More coming on WWL-TV.

The other two escapees, Robert Brown and Quinton Washington, remain at large.

One escapee, Quinton Washington, 16, was detained at the juvenile center while he awaited his trial for a second-degree murder charge that killed a 14-year-old at a Central City playground in April.

At the time of the escape, it is believed one of the juveniles carjacked a woman on Hamburg Street.