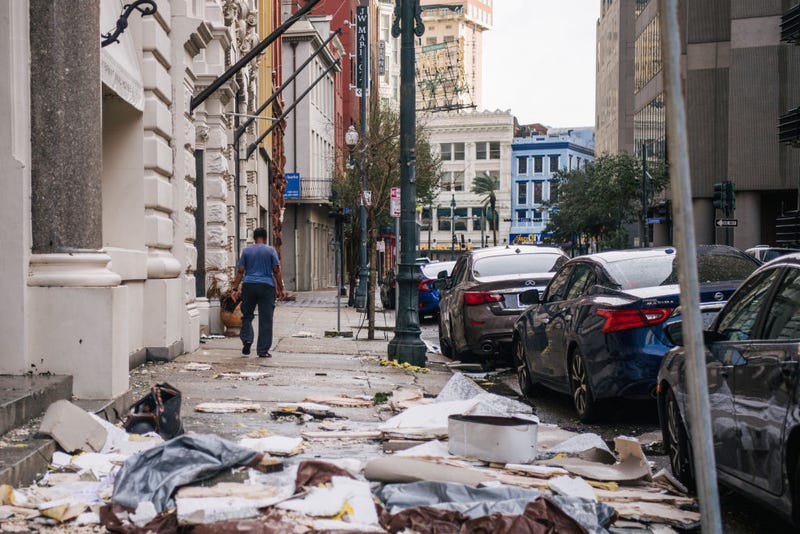 Speaking at a virtual town hall hosted by The Times-Picayune | The Advocate on Thursday, Louisiana's Insurance Commissioner Jim Donelon said filing an insurance claim for damage due to Hurricane Ida or Tropical Storm Nicholas, will not raise your insurance premium.

"You cannot be dropped nor have your premium increased, or your deductible increased, or any of your coverage affected by virtue of filing a claim for an act of God loss," explained Donelon. "Don’t be intimidated. Don’t hesitate to file for fear of being canceled or having your premiums increased," Donelon said.

However, this does not mean rates will not increase. Donelon says insurance premiums go up even during years that do not have natural disasters. Next year he expects rates to increase about five percent.

Donelon also says that insurance companies must pay temporary living expenses for residents who evacuated ahead of Hurricane Ida, regardless of whether or not a mandatory evacuation was issued.

Meanwhile, one of Louisiana’s largest home insurers, State Farm, refuses to pay for those expenses.

"At this point, [the ball] is in State Farm's court," said Donelon. He said his office is waiting for a response from the company.

If State Farm disregards his order, Donelon says he could suspend the insurer’s license or fine them.