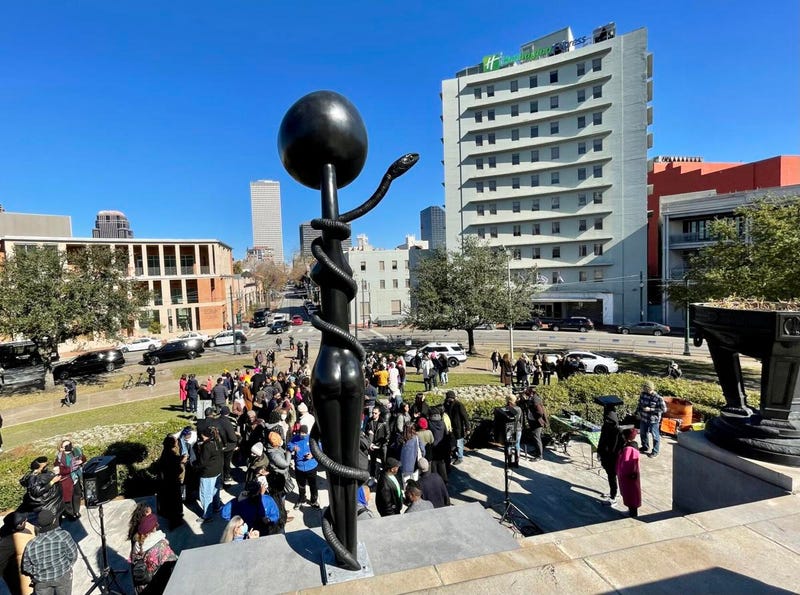 Five years after the removal of a Robert E. Lee statue at the former Lee Circle in New Orleans, a new 12-foot-tall bronze sculpture has been erected.

The project, titled "Sentinel (Mami Wata)" and completed by artist Simone Leigh, was unveiled on Saturday morning, completing the grand finale of the Prospect.5 international art exhibition that started in October of last year.

The sculpture went up earlier in the week without any praise or attention and was wrapped in a black plastic sheet.

Now, the sculpture, which depicts an attenuated female figure with a drum-shaped head entwined by a serpent, stands where the former statue honoring the Confederate leader once stood.

The purpose of the piece is to serve as "an homage to history and continued presence of traditions of the African diaspora in New Orleans," according to the Prospect.5 website. 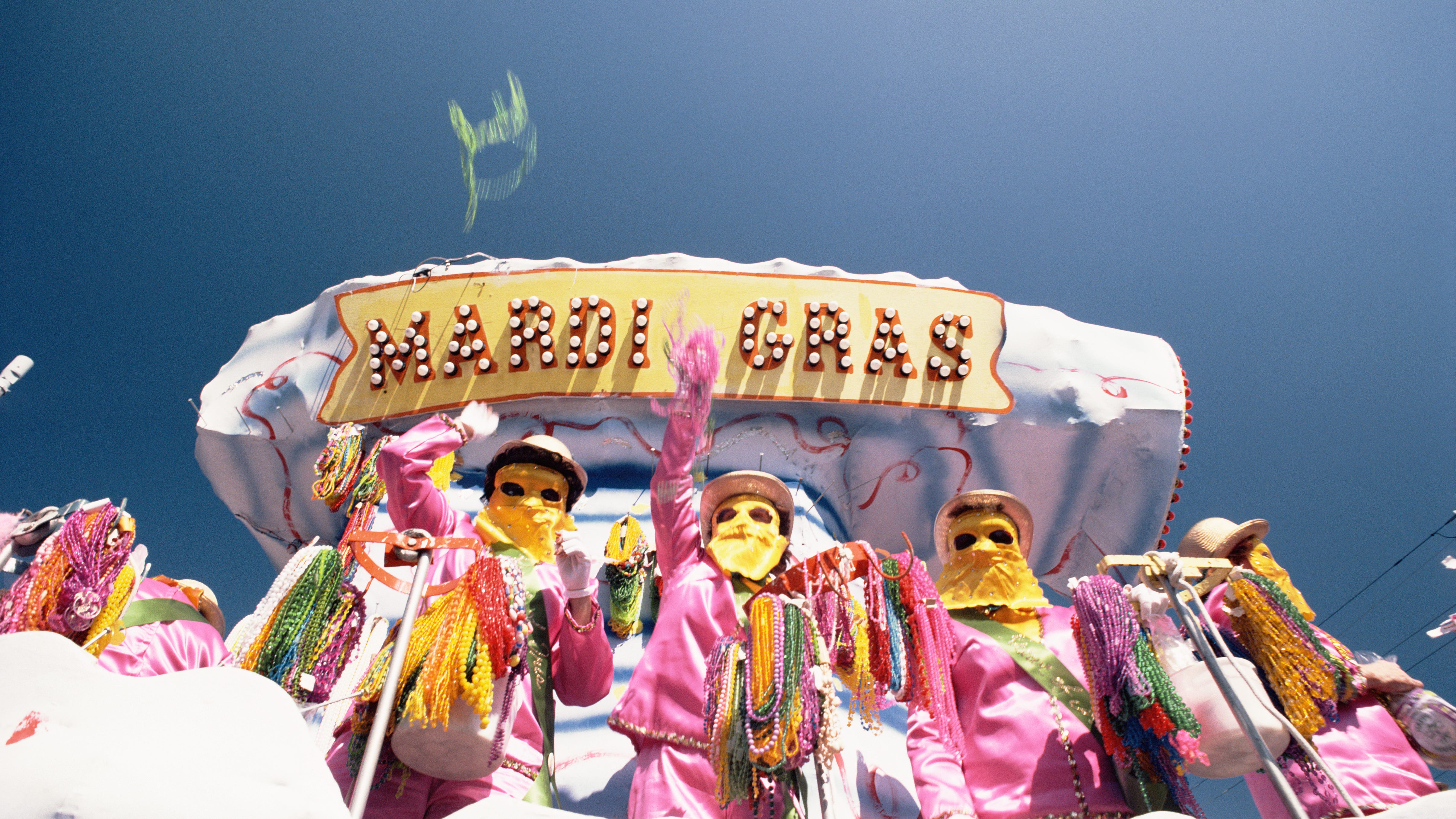 The piece sits across from the column that once held the statue of the Confederate general. While the exhibition planners considered placing it where Lee's statue stood, Leigh advocated against it, Prospect executive director Nick Stillman told Nola.com.

Leigh reportedly wanted her sculpture to be closer to the ground as to be "at the level of the people."

Leigh was born in Chicago and is based in New York. She works on sculptures that resemble the Black female form, according to Nola. com.

Other sculptures from Prospect.5 can be seen at the New Orleans African American Museum, Crescent Park, Joe W. Brown Park, and Esplanade Avenue.

Stillman shared that the piece by Leigh is only temporary, with plans for it to be removed on July 22 in hopes of other artists being able to use the location. Greece hopes marble foot will get UK to return sculptures