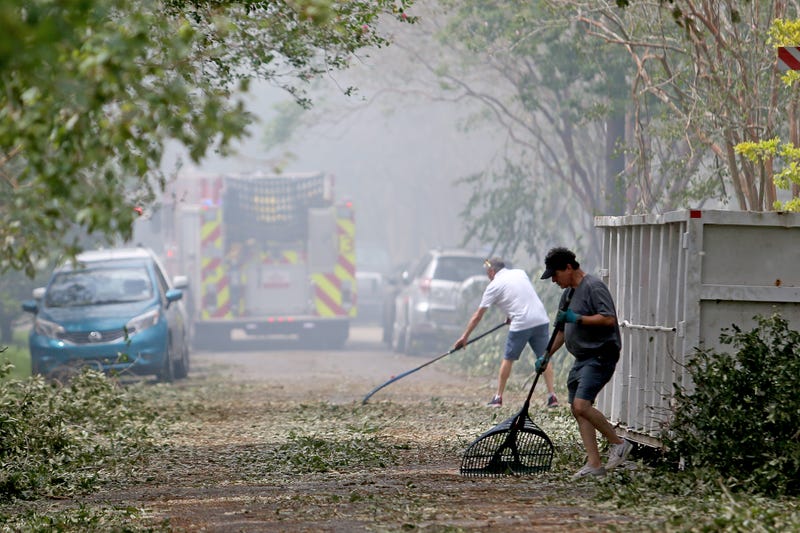 Tens of thousands of tons of uncollected debris and trash line the streets of the metro area as the region faces the threat of flash floods from Tropical Storm Nicholas.

The sluggish system is projected to dump up to eight inches of rain over the area starting Tuesday, creating the possibility of little rivers of trash and debris according to one Jefferson Parish official.

“You probably have noticed that as you drive through the neighborhoods that almost every single residence has their debris and their bagged garbage sitting on the curbside,” said Jefferson Parish Emergency Preparedness Director Joe Valiente. “If we get heavy rain with some flooding some of that debris is going to start floating down the street, it could create hazards.”

Most folks in the region just spent two weeks raking and shoveling that debris out of their yard and next to the street. Valiente said he understands your frustration but you really need to get that trash out of the street before the heavy rains begin.

“If you are able to, move that debris to the side of your house to get it out of the direct path of the wind and street flooding that may occur,” said Valiente who added that failure to do so could result in even more flooding if that debris were to clog nearby storm drains.

New Orleans officials echoed that sentiment. Ramsey Green with the Mayor’s Office asked residents to move any storm debris, or any of uncollected garbage away from storm drains. He said a full third of the city has still yet to have a first garbage truck pass since Ida, and only 5% of the 54,000 tons of Ida debris has been collected as Nicholas looms.

“There’s a tremendous amount of debris, there’s a lot of trash out there,” said Green who defended the rate of trash pickup saying there just aren’t enough sanitation workers to quickly clear out the mounds of putrid garbage that now line Crescent City streets. “There’s a national shortage, this is a national problem right now.”

New Orleans officials did not offer an ETA when asked when regular trash pickup schedules would resume.

The region is under a flash flood watch through Thursday.