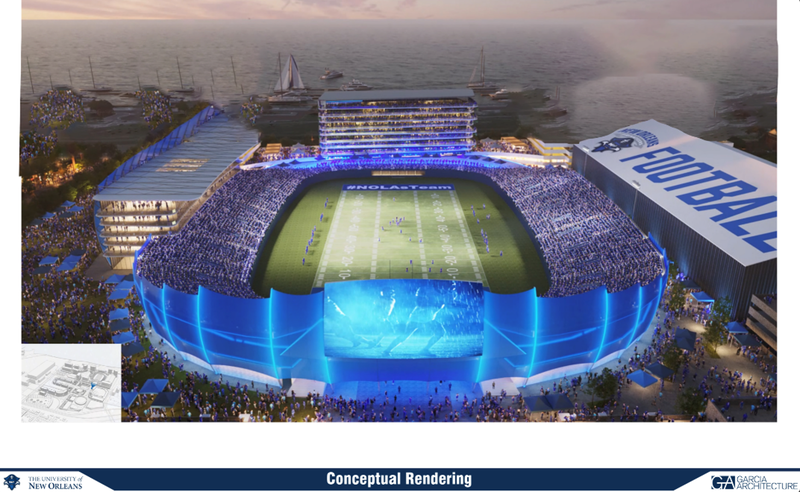 New Orleans's only public four-year university is considering adding a varsity football program, and the school's students will decide the plan's fate.

The University of New Orleans is asking its students to approve new fees to fund a new varsity football team and other athletic and extracurricular programs. Those fees, a flat $300 rate for part-time students and a flat $400 for full-time students, will be on a November 9 campus referendum.

The plans to bring a football team to UNO also include a plan to construct a new 20,000-seat stadium on East Campus near the Lakefront Arena and Maestri Field on the shore of Lake Pontchartrain. That stadium, according to UNO athletic director Tim Duncan, would be privately funded.

One of the goals of this plan is to attract more students to UNO.

"We've studied other urban institutions, six of them as a matter of fact, and enrollment increased across the board each time they added football," Duncan said. Statistics posted on the UNO athletic department's website says the six schools UNO studied saw an average enrollment gain of 37.8 percent in less than 10 years.

Duncan says those extracurriculars combined with everything else the city of New Orleans has to offer would make UNO a destination school for students.

"The experience factor that now comes with living in the best city in the state would entice other students, we think, to give the University of New Orleans a try," Duncan said.

If the university builds the new lakefront stadium, will people come? Duncan says he believes they would.

"We have a base," Duncan said, noting that UNO has 50,000 living alumni in New Orleans. "We just have to find a way to inspire them to come, and football is one of those unifying sports that tends to do that."

According to Duncan, a new football program bearing the city's name would attract people who want to see New Orleans do well in all areas.

"'NOLA's Team' is how we bill ourselves," Duncan said. "We look at supporting our community."

As an example, Duncan pointed to what a new stadium could do for the area near the UNO campus.

"Gentilly is underserved when it comes to food and entertainment," Duncan said. "Right now, we think this could serve as a home to bring other development there for sure."

Duncan also said the stadium and the other projects tied to it could help make the city safer.

"We're excited about our plans to include traffic studies and crime studies as well," Duncan said. "We know there has been a situation not just in that area but citywide." 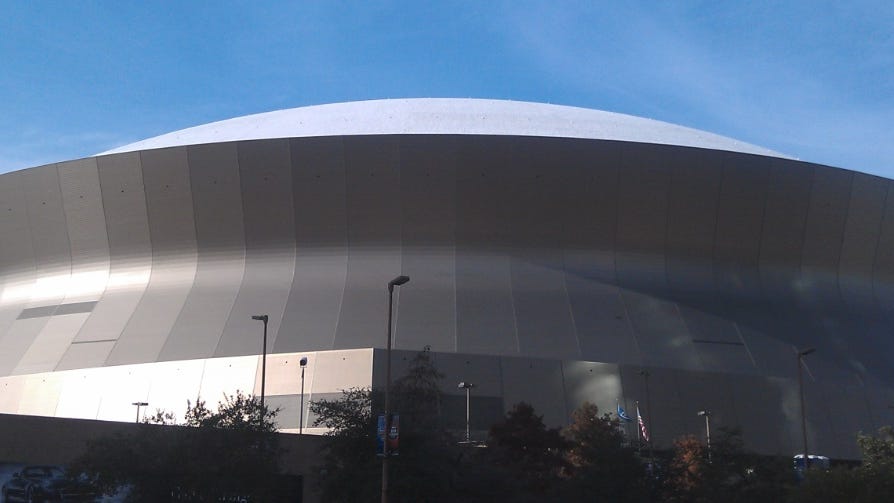