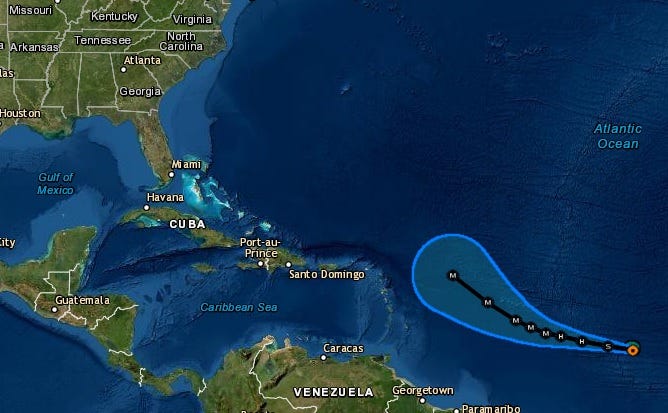 The National Hurricane Center says Tropical Depression 18 strengthened into Tropical Storm Sam today. It is the eighteenth named storm of the 2021 hurricane season.

"The atmospheric environment looks favorable for the next few days for additional strengthening," said WWL-TV meteorologist Payton Malone. "The NHC projected forecast shows Sam becoming the next major hurricane by the end of the weekend."

As of now, it does not look like Sam will be a threat to the Gulf Coast. Most forecast models expect it to curve north in the Atlantic Ocean as the storm strengthens. 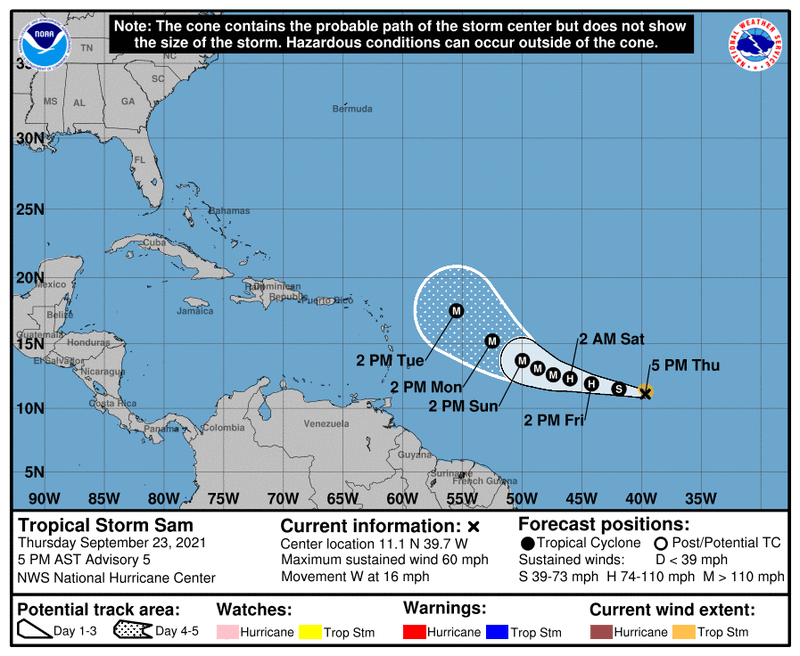 Two other disturbances in the Atlantic do not appear to be of concern to the U.S. Remnants of Odette has a medium chance to re-form into a storm between Newfoundland and the Azores. A disturbance southeast of Bermuda has a low chance of development over then next five days. 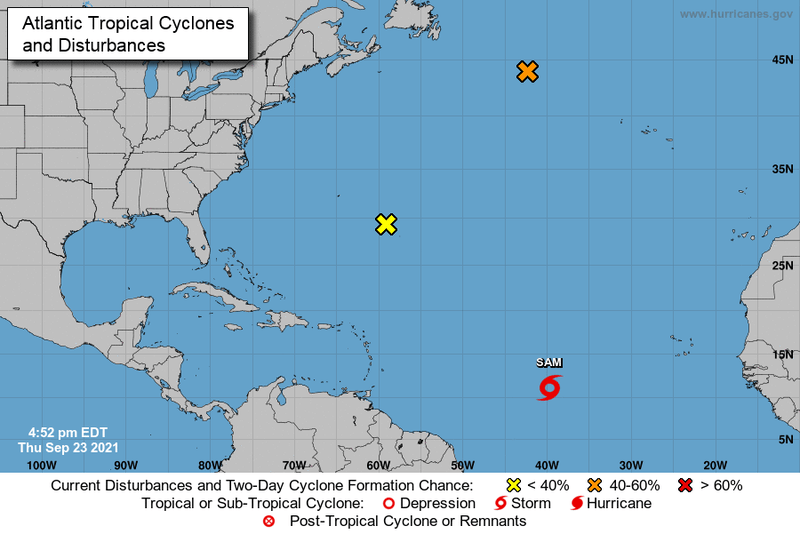