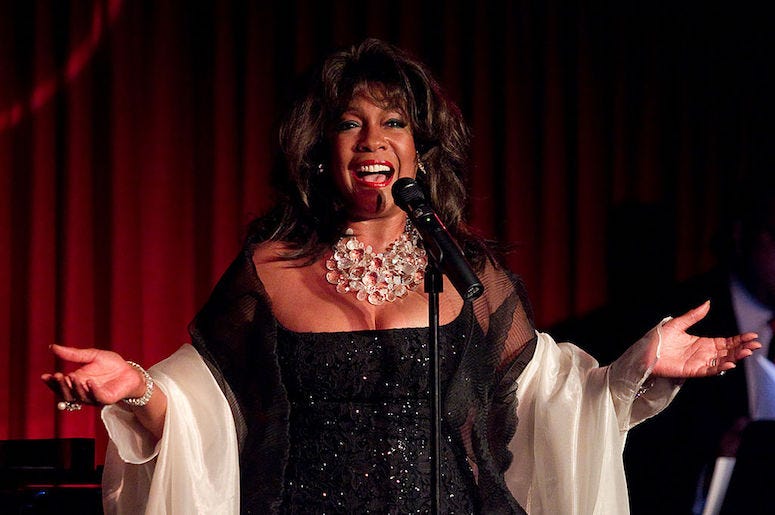 The late Mary Wilson undoubtedly had many stories to share about her time in one of Motown’s famous acts, The Supremes, and the numerous musicians and artists they encountered throughout the years.

Terri Hemmert spoke with the late Supremes singer last summer as part of the Fest For Beatles Fans and she and Wilson engaged in nearly an hour long conversation about her run-ins with The Beatles, Little Richard, and more.

Wilson began by sharing a story about Little Richard, who was responsible for inducting The Supremes into the Rock & Roll Hall of Fame in 1988. “I was a young kid when he was popular so he was my idol,” she said.

“He would call me up or I’d call him up throughout the years and we’d talk. If you’ve ever tried to get off the phone with a superstar, the man could talk for hours. I’d go ‘hey Richard I gotta go, bye!’”

Then came The Beatles. Wilson said she first met “them in a club in London in 1964 and I think it was one of those private clubs. I think it was called the Ad Lib Club.”

“I think I met Paul and Ringo, they probably don’t remember that but we were excited to meet them cause they were sort of huge here in America in the beginning,” she said.

That wasn’t their last encounter with the band though as the two would cross paths stateside. “We did meet them in 1964 in New York City when they did the big concert in New York and they were staying at the Warwick Hotel,” Wilson said. “We were working on the Ed Sullivan Show and the Ed Sullivan Show was doing that thing where we’d rehearse for an entire week. Anyway our PR guy and their PR person got together and were like ‘wouldn’t it be great to get these two supergroups together?’”

She continues: “We had to go to the Warwick to meet them and I remember pulling up into this limopusine, Flo [Ballard], Diane [Ross], and I, and all these girls come screaming at the limo. I guess they thought one of The Beatles was in it. When they saw it was just three Black girls, they just left us and went back to wishing for The Beatles to come out. We did go up to their suite and hung out with them for a while. They weren’t that excited about us and we weren’t that excited about them because I guess we interrupted their little private party since it was mostly guys up there.”

“Years later though when George Harrison and I became very dear friends I went to visit his country house with he and his wife Olivia and he said, ‘Mary, you girls were so square and we thought that three Black girls were going to be really groovy and this and that and you guys were like killing our’ you know whatever!”

Mary said all of this with a smile on her face and a laugh as she recalled her “Beatles moment.”

Check out her full interview with Terri below.

Here's the interview I did with Mary Wilson of The Supremes at The Fest For Beatles Fans 2021. I'll check back with more later.