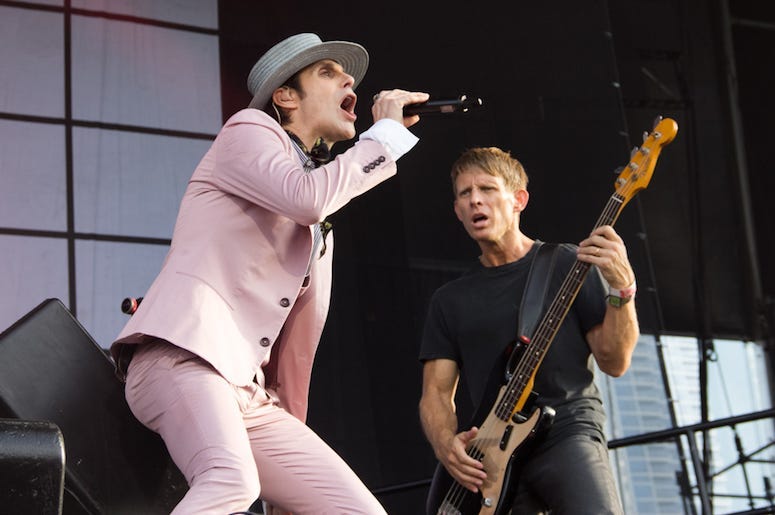 Lollapalooza is turning 29 years old this year. Like anything spending 29 years on this Earth, it looks a little bit different now than when it first premiered.

Take a look at the original seven bands listed on the 1991 Lollapalooza poster and see where they are in 2019.

Jane's Addiction has been on again off again ever since the initial Lollapalooza served as their farewell tour. The band's last album was 2011's The Great Escape Artist, which was remarkably only the fourth in their lengthy career. Although shows lately have been few and far between, Jane's Addiction still tours with the group playing Lollapalooza as recently as 2016. Perry Farrell's latest project Kind Heaven will be appearing at Lollapalooza 2019.

Siouxsie and the Banshees

It wasn't long following their appearance at the inaugural Lollapalooza that Siouxsie and the Banshees called it quits. They went on to release their final album The Rapture in 1995 before breaking up in April, 1996. The group reunited for a brief tour in 2002, which included a pair of shows at the Vic Theatre. Since then, members have gone their separate ways with Siouxsie Sioux pursuing a solo career. She last released a song in 2015 with "Love Crime" being featured in the finale of the TV show Hannibal.

Living Colour still tours to this day most recently taking part in a 30th anniversary tour of their debut album Vivid. Following Lollapalooza 1991, Living Colour released their third studio album Stain in 1993 before going on hiatus in 1995. The breakup didn't last long though as the group reformed in 2000 and have been active ever since. Living Colour most recent album Shade was released in 2017 and features a cover of Notorious B.I.G.'s "Who Shot Ya?"

Perhaps one of the most recognizable artists that stemmed from the original Lolla lineup, Nine Inch Nails has been fairly active with album releases and tours. Although the band went on hiatus two different times, Trent Reznor has amassed nine studio albums with the most recent, Bad Witch, coming in 2018.

Ice-T has become a media superstar appearing in numerous films, TV shows, and video games in a wide-variety of different roles. Body Count too has been active since the first Lollapalooza having released their album Bloodlust in 2017 and reportedly working on a new album currently. The band has endured its share of tragedy with three out of the original six members passing away.  D-Roc from lymphoma, Beatmaster V from leukemia and Mooseman dying in a drive-by shooting.

The band attained commercial success with their song "Pepper" from their 1996 album Electriclarryland. Since then, the group has been quiet with their last album being 2001's Weird Revolution. As of 2016, the group is on hiatus with Paul Leary saying in an interview, "I just don't want to play live anymore. It's not fun, I don't like touring. That hour on stage is a whole lot of fun, but the other 23 hours off stage just f%$*$(g suck." A quick look on Setlist.fm shows their last full-fledged tour taking place in 2009 with only a handful of shows since then.

Henry Rollins is a household name at this point, but the Rollins Band has been on indefinite hiatus since 2007. The band went through several lineup changes following their appearance at Lollapalooza 1991 and released five studio albums afterward. Fans hoping for a reunion may be waiting for a while as Rollins said in a 2014 interview, "I don’t want to play old music. To me, it is fighting battles that are already over and calling yourself a warrior. For me, I see no courage or adventure in doing the old thing over again. If others want to, that’s for them. For myself, I have to move on. Life is too short to live in the past. There is a lot to be done."