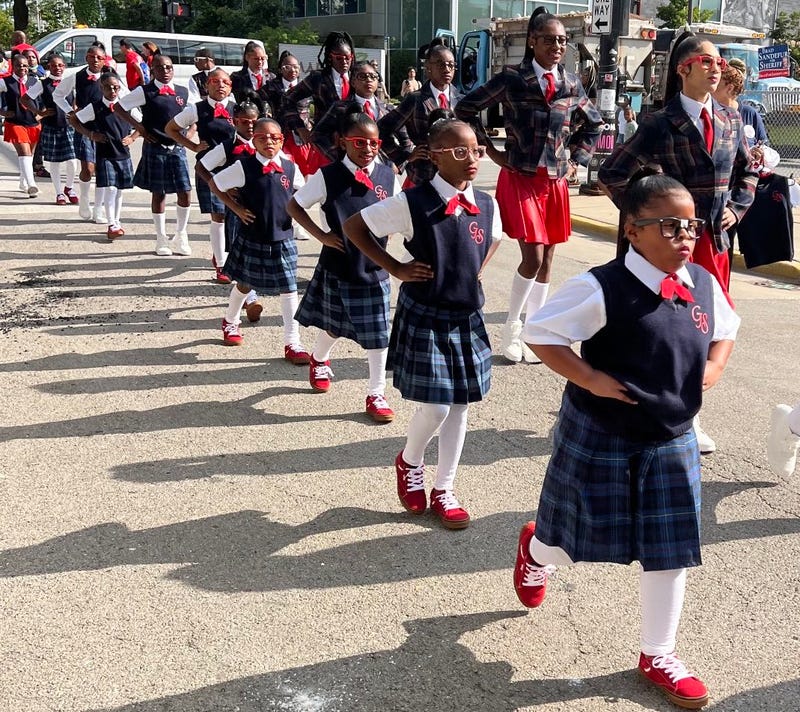 CHICAGO (WBBM NEWSRADIO) — Thousands turned out for the 93rd annual Bud Billiken Parade Saturday in Chicago’s Bronzeville neighborhood on the South Side.

One man who had a great seat in the parade was Brig. Gen. Rodney Boyd, of the Illinois National Guard.

“Yes, it’s exciting, especially for me, because I grew up in the neighborhood, and I’ve once participated in the parade, so now I’m here as an honorary grand marshall,” Boyd said. “I think it’s my mission to inspire the young people and let them know there’s a way to a better place.”

Michael Hamilton found a spot in the shade.

“My 8-year-old granddaughter will be on a float,” Hamilton said. “She said, ‘Granddad will have to come out and watch her on the float,’ so I’m gonna watch her.”

Another attendee had a great seat right by the parade route on King Drive. She said she loves coming to people-watch and relax.

“I think the [it’s] third-largest parade in the nation, and it’s all about supporting kids going back to school,” Mendoza said. “Everyone’s sponsorships at today’s event means scholarships for everyday American kids to go back to school, pursue higher education. This is about excitement, joy, and celebrating this community.” 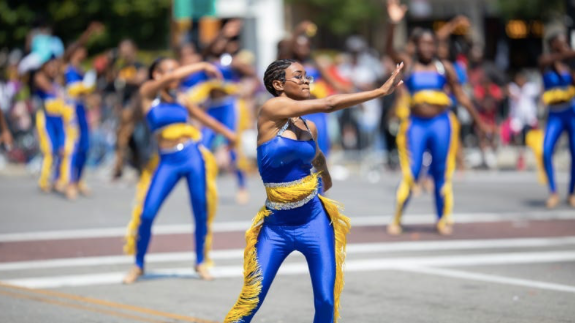 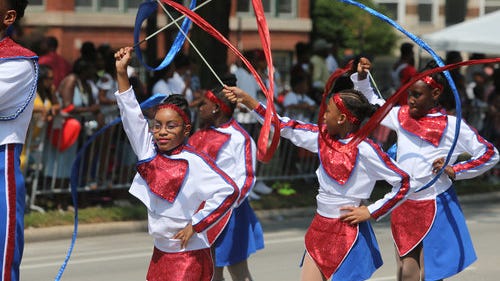