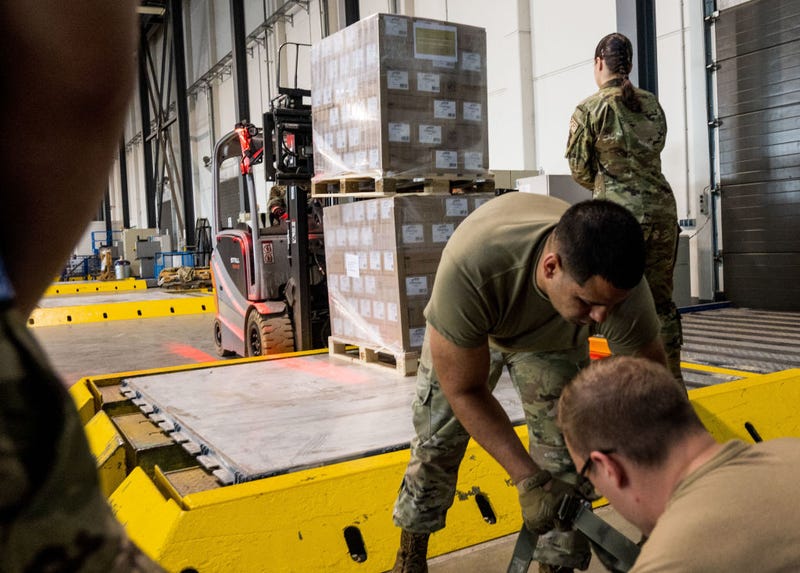 U.S. soldiers load pallets with baby formula arrived with three trucks from Switzerland for the United States at Ramstein American Air Force base on May 21, 2022 in Ramstein-Miesenbach, Germany. A total of 32500 KG will be flown to the USA tomorrow morning. The U.S. government has launched Operation Fly Formula, in which the Agriculture Department, the Department and the Department of Health and Human Services and the Pentagon are cooperating to find alternative sources of baby formula from abroad after Abbott Laboratories temporarily closed a Michigan manufacturing plant following possible contamination in February. The closing has resulted in a nationwide shortage of baby formula. Photo credit (Photo by Thomas Lohnes/Getty Images)
By Lauren Barry

“I’ve got an update on Operation Fly Formula: We’re flying in the first shipment over the weekend, President Joe Biden said Friday. “That means up to 1.5 million bottles of safe Nestlé infant formula will be coming to U.S. shelves as soon as possible.”

According to the White House, the 8-oz. bottles of formula will be flown from Zurich, Switzerland to Plainfield, Ind., to address the ongoing U.S.
baby formula shortage. As of Thursday, the Department of Defense was searching for a commercial aircraft to complete the journey.

Alfamino Infant, Alfamino Junior, and Gerber Good Start Extensive HA – three hypoallergenic formulas for children who are allergic to cow’s milk proteins – are expected to be part of the shipment.

“These formulas have been prioritized because they serve a critical medical purpose and are in short supply in the United States because of the Abbott Sturgis plant closure,” said the White House. “These shipments will include approximately 246 pallets.”

I’ve got an update on Operation Fly Formula: We’re flying in the first shipment over the weekend.

That means up to 1.5 million bottles of safe Nestlé infant formula will be coming to U.S. shelves as soon as possible. https://t.co/MGHNZH92T1

Earlier this year, the Food and Drug Administration announced a recall of powdered infant formula produced by Abbott Nutrition’s plant in Sturgis, Mich., including certain Similac, Alimentum and EleCare products. Abbott’s plant is the largest producer of baby formula in the country.

In response to the shortage caused by the recall, Biden launched Operation Fly Formula this week “to speed up the import of infant formula and start getting more formula to stores as soon as possible.”

Operation Fly Formula is one part a multi-prong response from the federal government in response to the recall and shortage. Other actions include invoking the Defense Production Act and the passing the Access to Baby Formula Act of 2022, which Congress voted for and Biden signed into law this week. 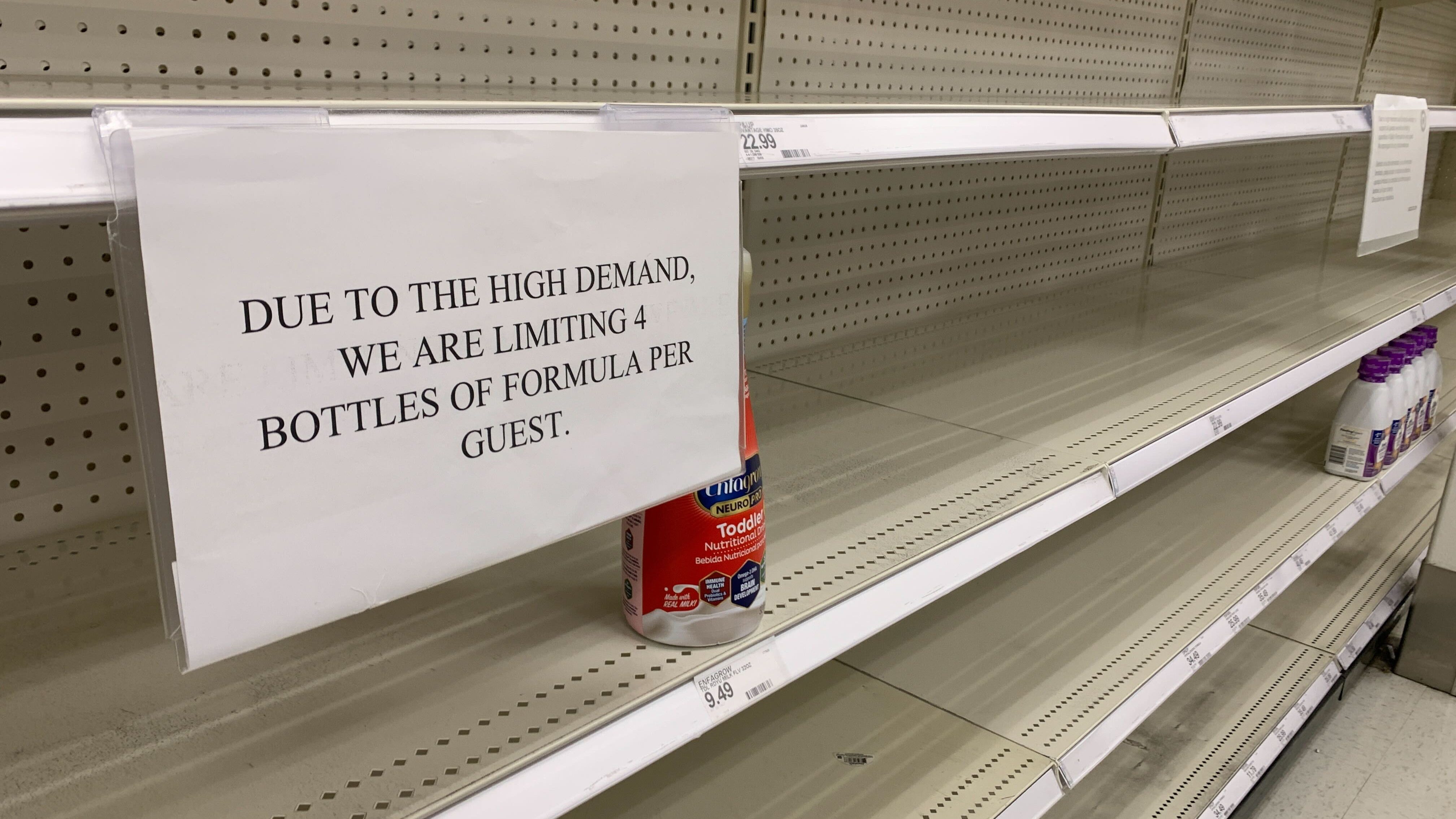 How the baby formula industry failed to protect its Achilles’ heel 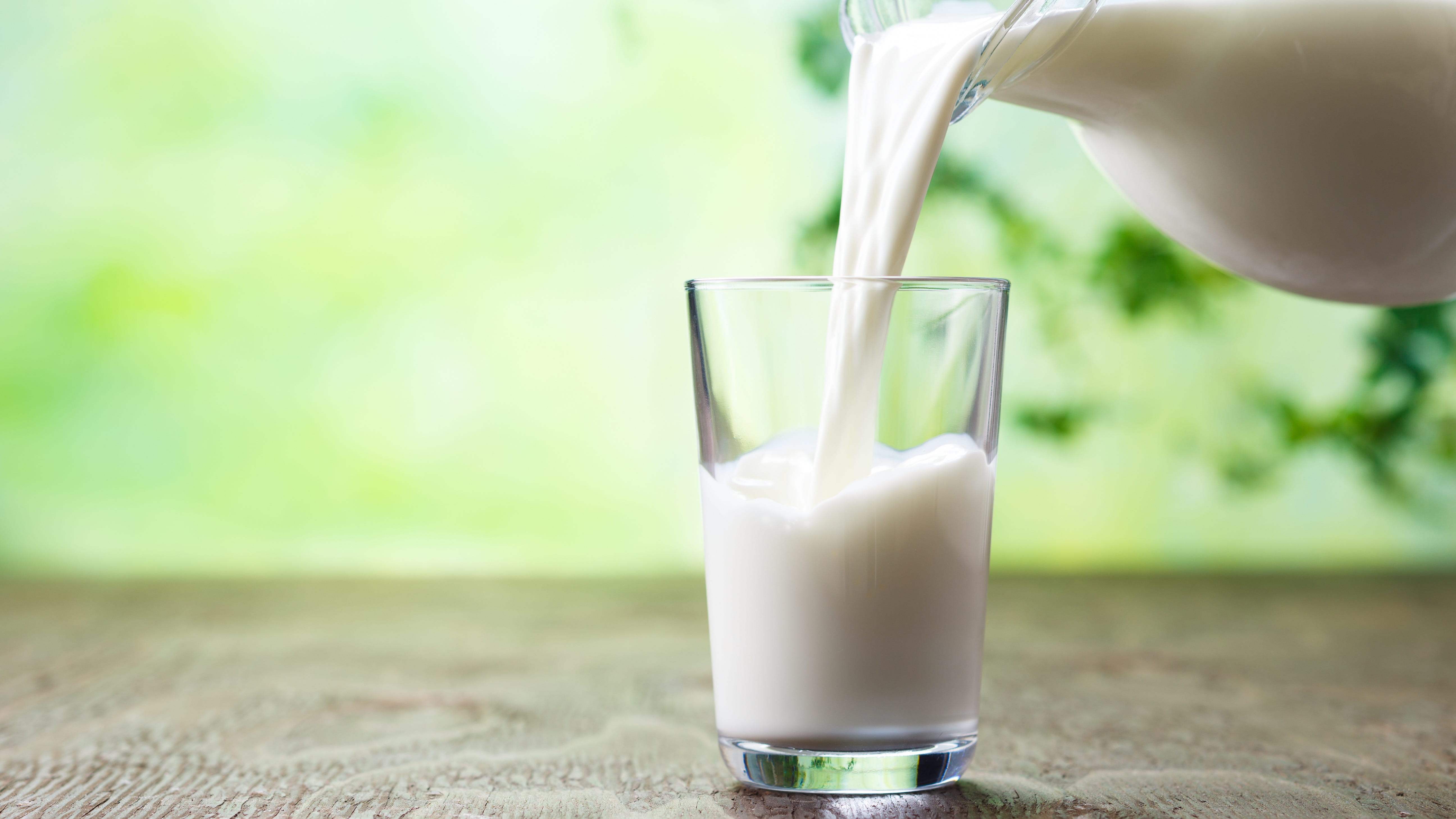