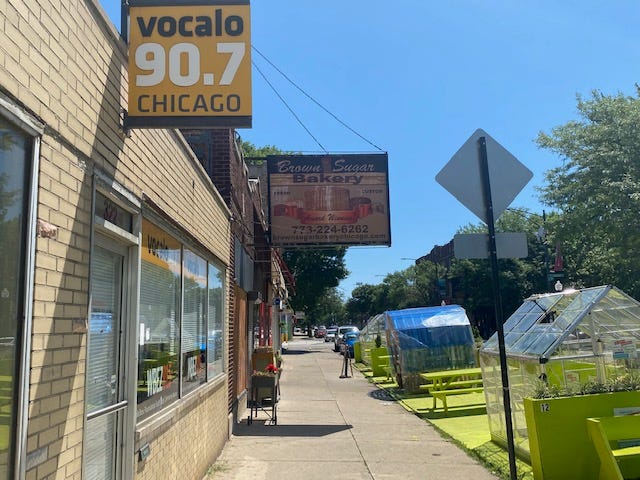 Businesses along the 75th Street corridor on Chicago's South Side. Photo credit Aisha I. Jefferson
By Nancy Harty

CHICAGO (WBBM NEWSRADIO) —  Two Chatham businesses teamed up Saturday to bring back positivity to their block after a deadly mass shooting happened there early that morning.

Twenty-nine-year-old Kimfier Miles was killed and nine other people were wounded in the 2 a.m. shooting near 75th Street and Prairie Avenue.

Chicago police said two men approached the group and started firing.  Hours later, the owners of Brown Sugar Bakery and A&S Beverages offered free tastes to customers along the business corridor not far from the shooting.

Bakery owner Steffanie Hart told CBS2 why she held the piece of cake for peace event.

Vice President Kamala Harris visited the bakery during a trip to Chicago back in April.

Chicago police are investigating the shooting. No one is in custody. 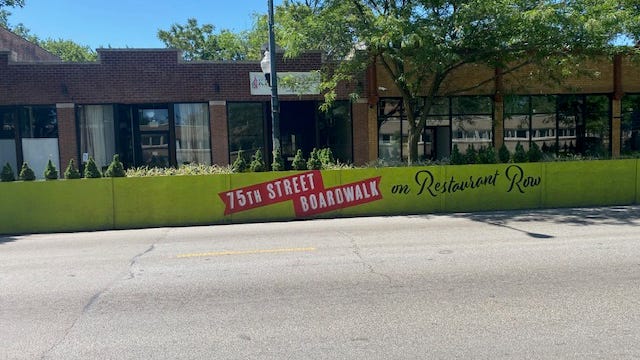