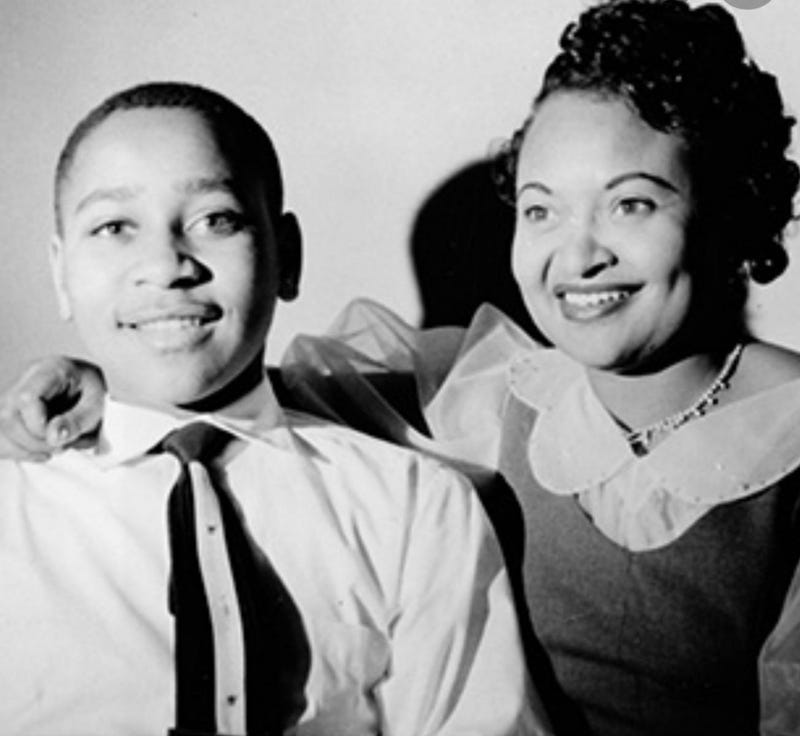 Emmett Till with his mother Mamie Till-Mobley. Photo credit Emmett Till Legacy Foundation
By Ascha Lee

CHICAGO (WBBM NEWSRADIO) — U.S. Representative Bobby Rush spoke at Emmett Till's gravesite Saturday, commemorating what would have been Till's 80th birthday by giving a speech and placing a wreath at the gravesite in Burr Oak Cemetery in Alsip.

Till's lynching is widely considered to have catalyzed the emerging civil rights movement.

Throughout more than two decades in Congress, Rush has introduced several pieces of legislation in Till's honor, including the Emmett Till Antilynching Act, and posthumously awarding Till and his mother Mamie Till Mobley with Congressional Gold Medals.

He also recently introduced the Mamie Till Mobley Memorial Stamp Act, which would honor Till's mother with a commemorative postage stamp.