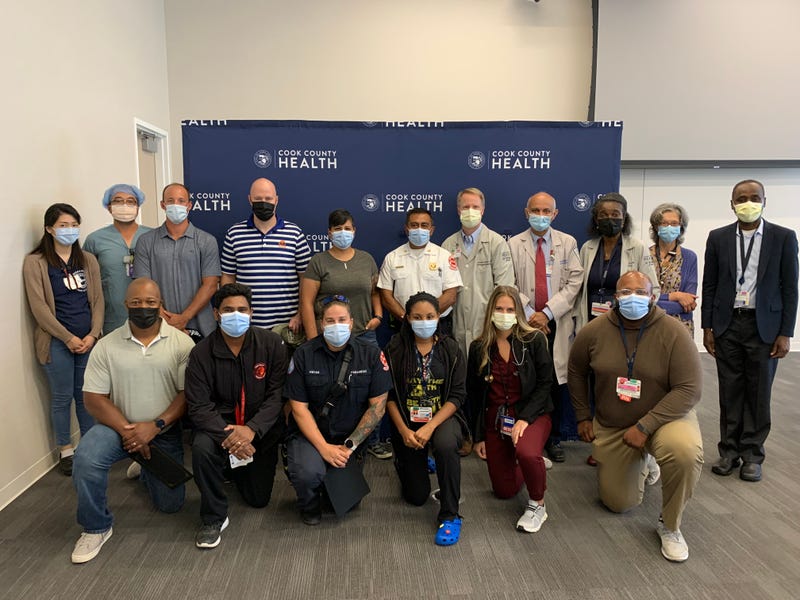 Cook County Health’s trauma and pediatric teams recognized the Chicago Fire Department first responders for their role in caring for a girl who was struck by lightning in Garfield Park on August 3, 2022 Photo credit Cook County Health
By Mai Martinez

CHICAGO (WBBM NEWSRADIO) -- The family of a girl struck by lightning this month is sharing a happy update and encouraging others to learn CPR.

The 13-year-old was struck by lightning on August 3 outside the Garfield Park Conservatory.

Her family said she was released from the hospital four days later and is expected to start the school year without any issue from the experience.

In a statement the family says they'd like to remain anonymous in order to protect the girl's identity, but they wanted to thank all the doctors and nurses at Stroger Hospital, in addition to the first responders who treated her.

"Her survival depended upon the total expertise of the early responders and ability of the Stroger staff to make the correct decisions in further care," read the statement.

"In our gratitude, we are mindful that the course in this incident is not the norm."

The family also credited a family member who immediately performed CPR on the girl for helping to save her life.

The girl's doctor said that her heart stopped beating and that quote "without CPR her outcome could have been devastating."

The girl's family hopes her story will influence others to learn CPR. 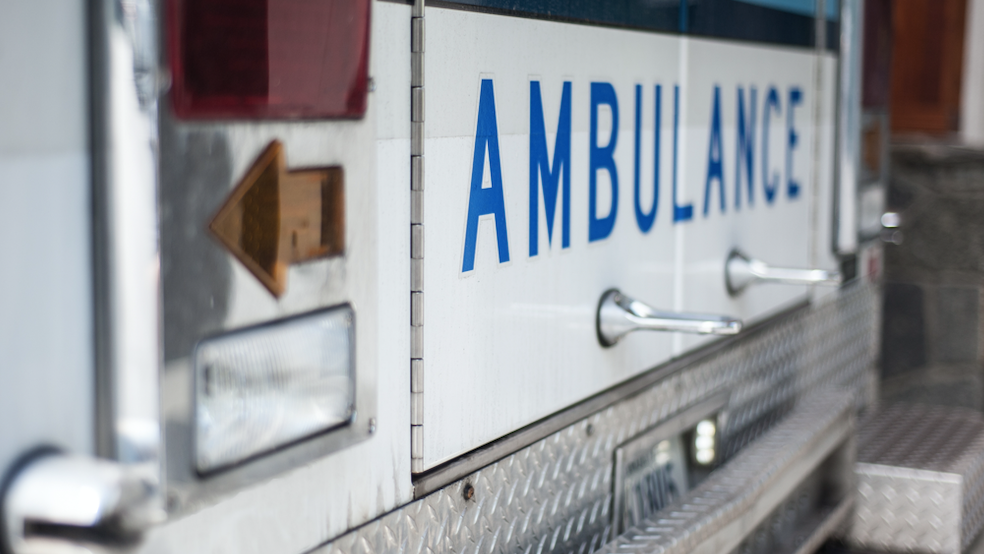