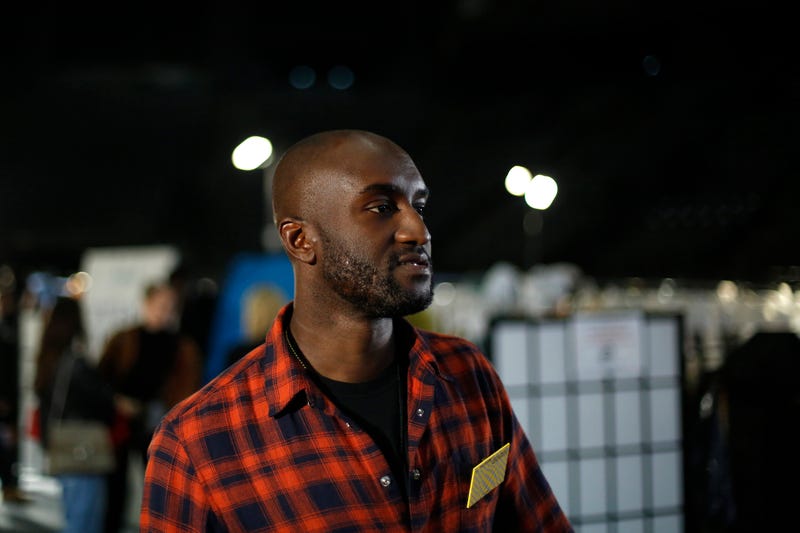 NEW YORK (AP) — Virgil Abloh, a leading designer whose groundbreaking fusions of streetwear and high couture made him one of the most celebrated tastemakers in fashion and beyond, has died of cancer. He was 41.

Abloh's death was announced Sunday by the luxury group LVMH (Louis Vuitton Moët Hennessy) and Abloh's own Off-White label, which he founded in 2013. Abloh was the artistic director for Louis Vuitton's menswear, but his ubiquitous, consumer-friendly presence in culture was wide-ranging and dynamic. Some compared him to Jeff Koons. Others hailed him as his generation's Karl Lagerfeld.

“We are all shocked after this terrible news. Virgil was not only a genius designer, a visionary, he was also a man with a beautiful soul and great wisdom,” Bernard Arnault, chairman and chief executive of LVMH, said in a statement.

A statement from Abloh's family on the designer's Instagram account said Abloh was diagnosed two years ago with cardiac angiosarcoma, a rare form of cancer in which a tumor occurs in the heart.

“He chose to endure his battle privately since his diagnosis in 2019, undergoing numerous challenging treatments, all while helming several significant institutions that span fashion, art, and culture,” the statement read.

In 2018, Abloh became the first Black artistic director of men's wear at Louis Vuitton in the French design house's storied history. A first generation Ghanaian American whose seamstress mother taught him to sew, Abloh had no formal fashion training but had a degree in engineering and a master's in architecture.

Abloh, who grew up in Rockford, Illinois, outside of Chicago, was often referred to as a Renaissance man in the fashion world. He moonlighted as a DJ. But in a short time, he emerged as one of fashion's most heralded designers. Abloh called himself “a maker.” He was named one of Time magazine's most influential people in 2018.

LVMH, Louis Vuitton and Off White are devastated to announce the passing of Virgil Abloh, on Sunday, November 28th, of cancer, which he had been battling privately for several years. pic.twitter.com/CytwZLvSFu

In 2009, Abloh met Kanye West — now called Ye — while he was working at a screen-printing store. After he and Ye interned together at the LVMH brand Fendi, Abloh was Ye's creative director. Abloh was art director for the 2011 Ye-Jay-Z album “Watch the Throne,” for which Abloh was nominated for a Grammy.

Abloh's work with West served as a blueprint for future border-crossing collaborations that married high and low. With Nike, he partnered his Off-White label for a line of frenzy-inducing sneakers remixed with a variety of styles and Helvetica fonts. Abloh also designed furniture for IKEA, refillable bottles for Evian and Big Mac cartons for McDonald's. His work was exhibited at the Louvre, the Gagosian and the Museum of Contemporary Art Chicago.

Abloh took what he called a “3% approach” to fashion — that a new design could be created by changing an original by 3%. Critics said Abloh was more brilliant at repackaging than creating something new. But Abloh's style was also self-aware — quotation marks were a trademark label for him — and high-minded.

“Streetwear in my mind is linked to Duchamp,” Abloh told the New Yorker in 2019. “It’s this idea of the readymade. I’m talking Lower East Side, New York. It’s like hip-hop. It’s sampling. I take James Brown, I chop it up, I make a new song." 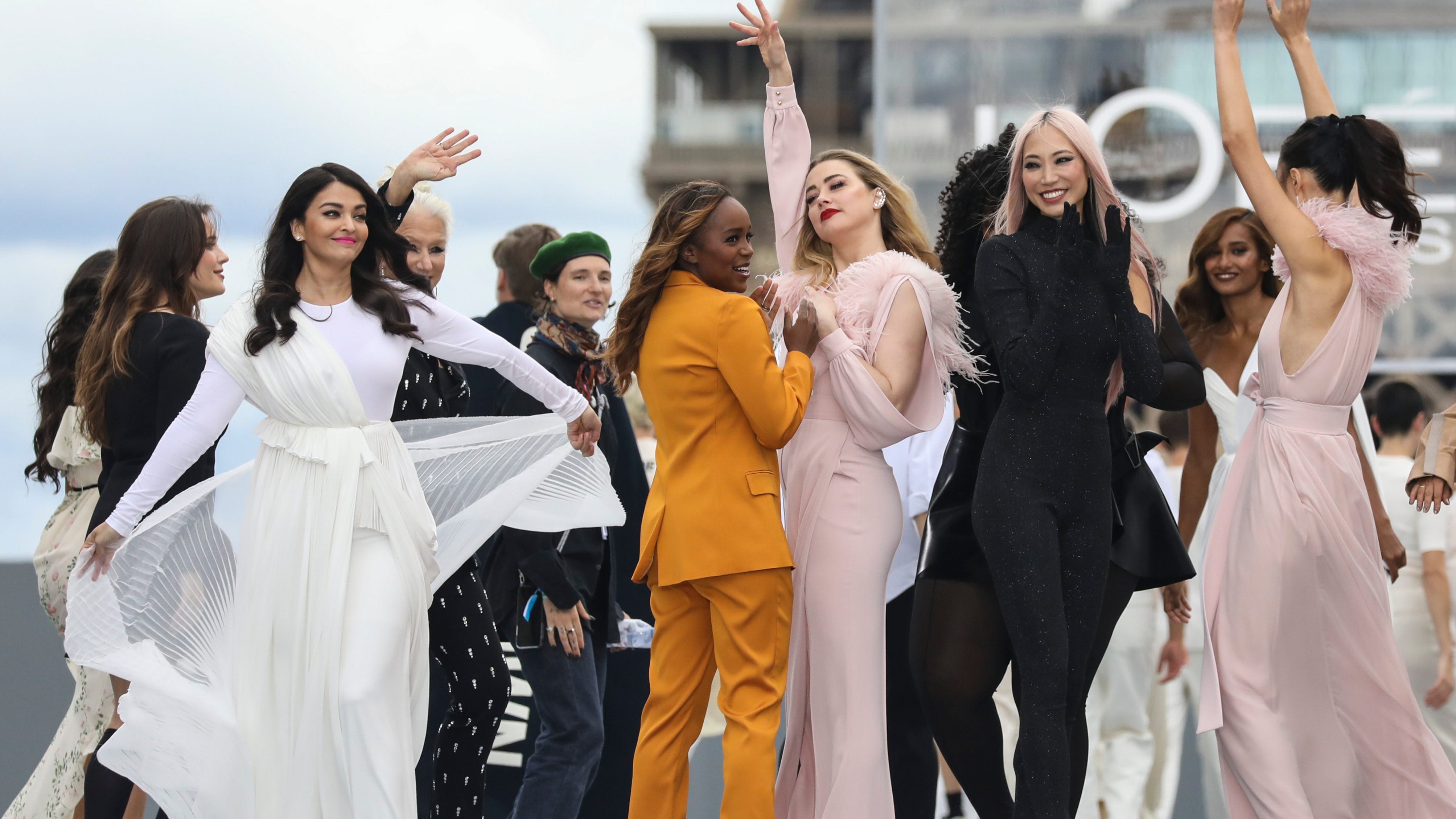 Stars lined up to be dressed by Abloh. Beyoncé, Michael B. Jordan, Kim Kardashian West, Timothée Chalamet and Serena Williams have worn his clothes.

Abloh's Off-White label, which LVMH acquired a majority stake in earlier this year, made him an arbiter of cool. But his appointment at Louis Vuitton brought Abloh to the apex of an industry he was once a scrappy outsider in — and made Abloh one of the most powerful Black executives in a historically closed fashion world.

As Abloh prepared for his debut menswear show in 2018, he told GQ, “I now have a platform to change the industry.”

“We’re designers, so we can start a trend, we can highlight issues, we can make a lot of people focus on something or we can cause a lot of people to focus on ourselves," Abloh said. "I’m not interested in (the latter). I’m interested in using my platform as one of a very small group of African-American males to design a house, to sort of show people in a poetic way.”

Abloh is survived by his wife Shannon Abloh and his children, Lowe and Grey. 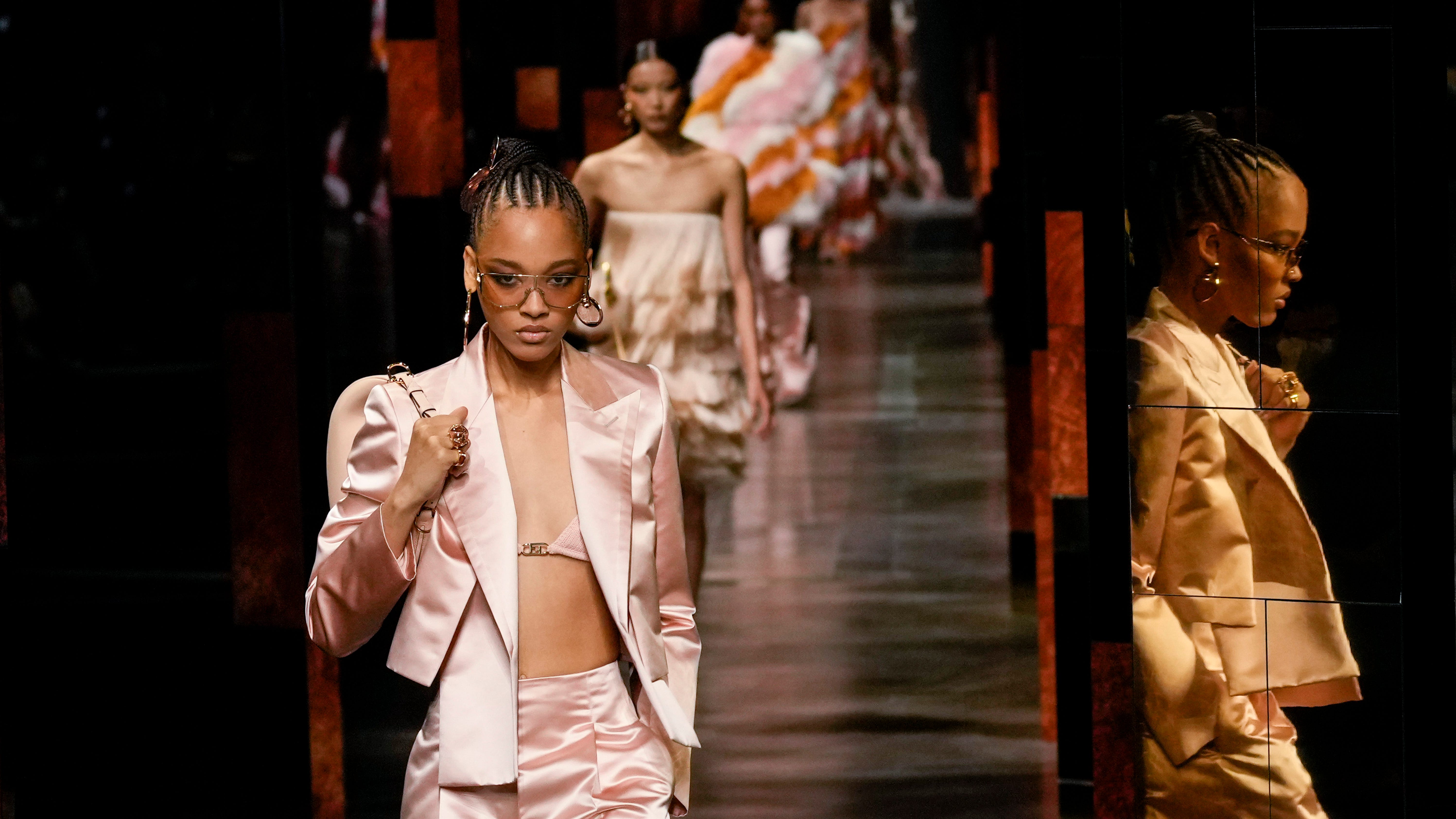