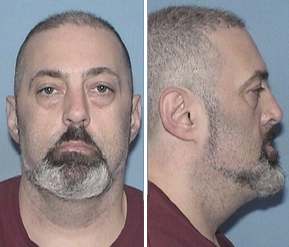 A convicted child killer is being released from prison Thursday, on the 24th anniversary of the murder of the 20-month-old girl in Elgin.

The girl’s father says he will be outside the prison to make sure his daughter’s death won’t be forgotten by the murderer, WBBM Newsradio’s Steve Miller reports.

The way 50-year-old Jesse Kley sees it, justice in this case would be life imprisonment, at least, for Cayce Williams, the man convicted of killing Kley’s daughter Quortney. The toddler was sexually assaulted and murdered in 1997.

“She was quiet and shy, unless she was around people that she knew. And then she was just the light in the room,” Kley said Wednesday.

“I don’t want anything to erupt because I have a 9-year-old daughter that I care for by myself that I have to get back to,” he said. “I don’t want  any problems. I just want him to see that what he did won’t be forgotten.”

Williams, 47, is being released after serving half of his 48-year term for the murder of Quortney Kley.​ He’ll be required to register as a sex offender, the Illinois Department of Corrections says.

Kley says he found out only recently Williams was only required to serve half his 48-year sentence.

“I mean, I figured there was going to be some good time (credit) in there. We thought he was going to do at least 75 percent of his time,” he said.

The father has been organizing an effort on social media to try to get others to join him outside the prison to remember his daughter.