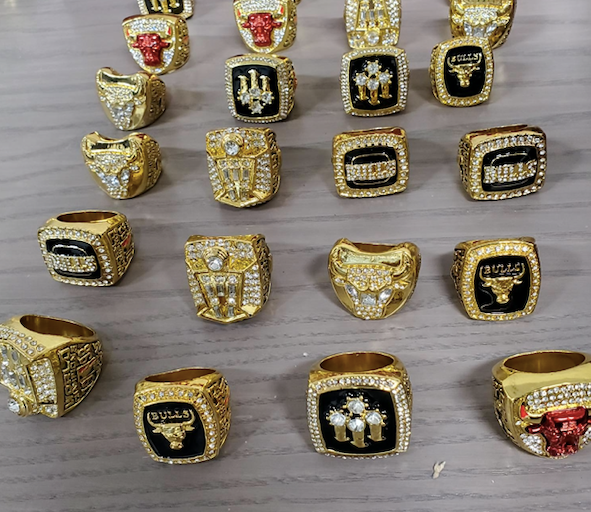 U.S. Customs and Border Protection officers in Chicago intercepted 86 of the rings that were supposed to be championship bling “but were constructed of poor quality and lacked security features,” the agency said in a news release.

The items came from China and were bound for Missouri.

The rings, had they been legit, would be worth an estimated $2.38 million, officials said.