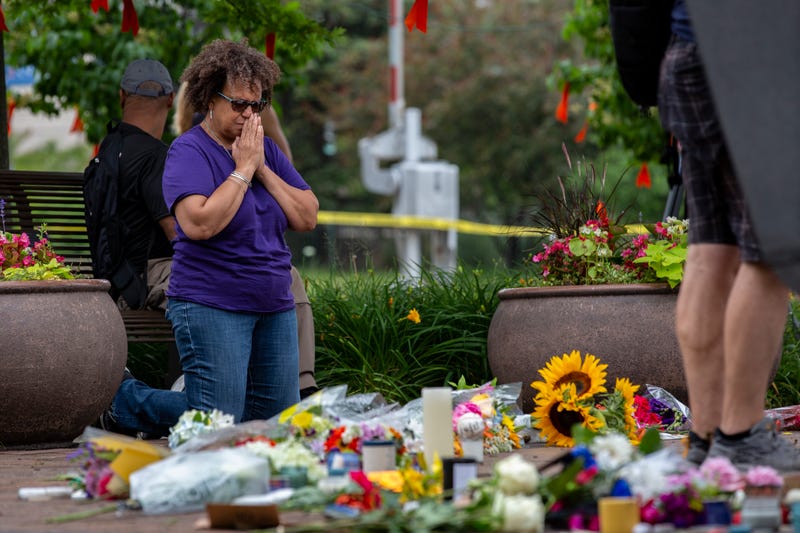 A woman prays at a memorial for the victims of a mass shooting at a Fourth of July parade, on July 6, 2022 in Highland Park, Illinois. Photo credit Jim Vondruska/Getty Images
By Rachel Pierson

HIGHLAND PARK (WBBM NEWSRADIO) — In downtown Highland Park, where the parade route has become a memorial for the people killed and injured in Monday's shooting, members of the community stood behind caution tape and looked on at a parade route frozen in time.

Susan Steinberger has lived in Highland Park for the last 68 years. She said her family attended the Fourth of July parade every year.

Steinberger was one of many who paid their respects, placed flowers, and shared stories of loss and coping at the corner at Central Avenue and Green Bay Road. “I thought it was just time that I came to pay homage, step on my own soil, and show that we could do it,” said Steinberger.

She said this section of Central Avenue will never feel the same, but the community needs to press on.

“We have to come forth," Steinberger said, "And shop here, and live here, and reclaim it."

While some neighbors were there to grieve, others came to protest and said assault rifles should be banned.

“No one should be able to have an assault rifle to protect themselves,” one protestor said.

Some residents were donning an orange ribbon, which read: “Highland Park Strong.” They said this is the time when the community needs to come together. 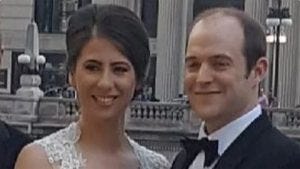