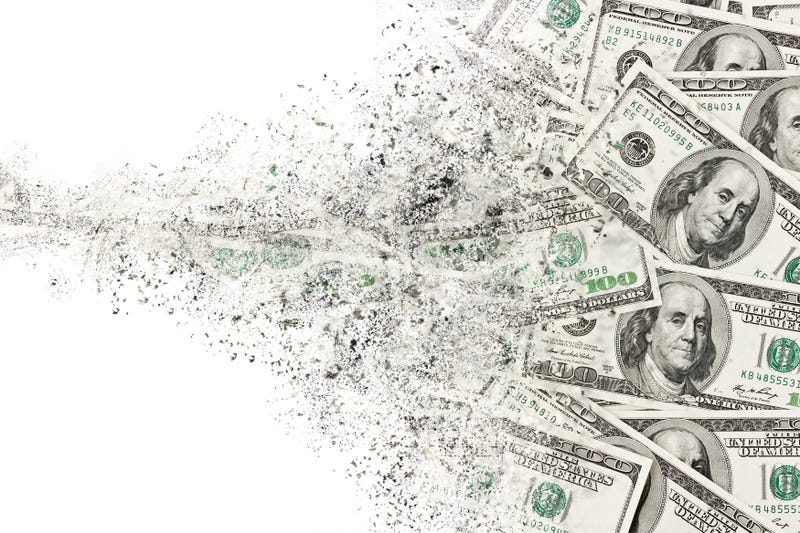 During the All-In conference held this month in Miami, Fla., billionaire Elon Musk made one of his frequent buzz-worthy statements, this time claiming that “we probably are in a recession.”

Could he be right? According to a variety of experts, the U.S. could very well be heading for a recession – a decline in economic activity – if the country isn’t already experiencing one.

“Recession risks are high – uncomfortably high – and rising,” said Mark Zandi, chief economist at Moody’s Analytics, according to The Washington Post. “For the economy to navigate through without suffering a downturn, we need some very deft policymaking from the [Federal Reserve Bank] and a bit of luck.”

These predictions may seem confusing in light of some economic successes announced this month. For example, President Joe Biden said May 10 that U.S. “policies have produced the strongest job creation economy in modern times,” with a record 8.3 million jobs in 15 months and 5.4 million new small business applications in the past year.

Additionally, he said unemployment rates are down to 3.6%, “the fastest decline in unemployment to start a presidential term ever recorded.”

“As I see it, everything – everything across the country is – as I go across the country, our economy has gone from being on the mend to on the move,” Biden said at the time. However, he did acknowledge the continuing issue of inflation – a steep rise in consumer goods prices – hurting Americans.

According to Biden, COVID-19 pandemic-related issues and the Russian invasion of Ukraine that began in late February are the main drivers of inflation. COVID-19 related zero-tolerance policy shutdowns have also impacted the Chinese economy, leading to a global ripple-effect.

“If we have shortages of raw materials, of agricultural products, because the crop from Ukraine is destroyed by the war, because Russia imposes bans on exports of grains…or because the zero-COVID policy in China prolongs the disruption in the Chinese economy, the U.S. is going to suffer,” said Alfredo Coutino, director of economic research at Moody’s Analytics, according to CBS News.

Prior to the invasion, Ukraine would export 5 million tons of grain per month, according to the U.S. State Department. However, shipments have “have all but stopped due to the Kremlin’s blockade of Ukrainian ports and nearly 300 cargo ships in the Black Sea.”

While Ukraine used to export up to 5 million tons of grain per month, shipments have all but stopped due to the Kremlin’s blockade of Ukrainian ports and nearly 300 cargo ships in the Black Sea. These actions threaten to put millions at risk of famine and malnutrition. pic.twitter.com/2dboFq0IAv

“The war in Ukraine – in all its dimensions – is setting in motion a crisis that is also devastating global energy markets, disrupting financial systems and exacerbating extreme vulnerabilities for the developing world,” said UN Secretary-General António Guterres in a statement this week.

The U.S. Senate voted Thursday to provide $40.1 billion in emergency supplemental appropriations to help Ukraine fight off the continuing attack.

Before the bill was sent off to his desk, Biden again addressed the impact of inflation on people in the U.S. Thursday.

“Now, tackling inflation is my top economic priority,” he said. “My plan to tackle inflation is to lower the costs that families face and lower the federal deficit, and we make progress on this every day.” Biden’s plans to reduce the deficit include a proposal “ensuring large corporations and the wealthy pay their fair share in taxes.”

Typically, the nation’s Federal Reserve, or Fed, is tasked with lowering inflation by raising interest rates, or the amounts lenders charge borrowers. This makes it more expensive for people to borrow money and more difficult for them to purchase pricey items.

However, The Wells Fargo Investment Institute “went all the way back to the 1930s and found that the Fed has never been able to reduce inflation by greater than 2.50% in any cycle without ultimately causing a recession.”

According to The Washington Post, The Fed raised interest rates by 0.75 percentage points so far this year, and some officials support more aggressive hikes.

Former Federal Reserve chair Ben Bernanke has warned that the U.S. could experience “stagflation” caused by a slowing economy with both high interest rates and high inflation.

“A global stagflation scenario similar to that which engulfed the world economy for much of the 1970s still seems unlikely, but the risks of a mild stagflation scenario have clearly been rising in recent weeks,” said Andy Cates, senior economist at Haver, according to CBS News.

Alongside the positive economic markers noted by Biden this month, there has been some less-welcome economic news.

The U.S. Department of Labor Thursday released figures for the week ending May 14, that showed a 21,000 increase in unemployment insurance claims compared to the previous week. Though a labor shortage is still making headlines, Netflix, Peleton and Robinhood announced recent layoffs.

Meta, Uber and Twitter have also reduced or halted new hires, and Amazon reported its first quarterly loss in seven years. Walmart and Target reported disappointing earnings this week as well, which the companies said were caused by high costs for food, fuel and transportation that cut into profits.

According to CNBC, “Dow futures fell sharply Thursday after the 30-stock average posted its biggest daily loss since June 2020,” and the both the Nasdaq and S&P 500 “plummeted more than 4% on Wednesday.”

“Wealthy people are taking their money out of stocks and stockpiling cash in a move to reduce their exposure to risk,” as financial markets wobble, said CBS News.

Even so, U.S. officials appear to have a bright outlook concerning the economy and the risk of recession.

“America is back to work,” Biden said Thursday. “The number of Americans who are forced to rely on unemployment insurance programs for their support fell to its lowest level in over 52 years. When I took office, there were nearly 20 million Americans on unemployment insurance to feed their families and keep a roof over their heads. Today, that number is about 1.3 million.”

Industrial production also rose for the fourth month in a row in April, said CBS, a sign that some supply-chain issues might be improving.

“We have inflation, obviously, the Fed is tightening monetary policy to address it,” Treasury Secretary Janet Yellen said Wednesday. “We are in a global environment where there are significant risks and pressures, but I really don’t expect the United States to fall into a recession.”

Last month, forecasters from the Wall Street Journal estimated the probability of economic contraction in next 12 months at 28%.

“The risk of economic growth contraction or recession has risen steadily through the first four-and-a-half months of this year, we are now beginning to cross over a probability level that makes recession a base case for the end of this year and beginning of next,” said the Wells Fargo Investment Institute this week. “The good news is that, at this point, the data tell us it should be a relatively mild economic growth contraction and a short-lived one.”

Musk said the recession he referenced is likely to last 12 to 18 months, according to The Street.

“It is usually the amount of time that it takes for a correction to happen,” the Tesla CEO said.

However, recessions can have a lingering impact after they technically end. According to Federal Reserve History, the Great Recession of the late 2000s “ended in June 2009, but economic weakness persisted.” 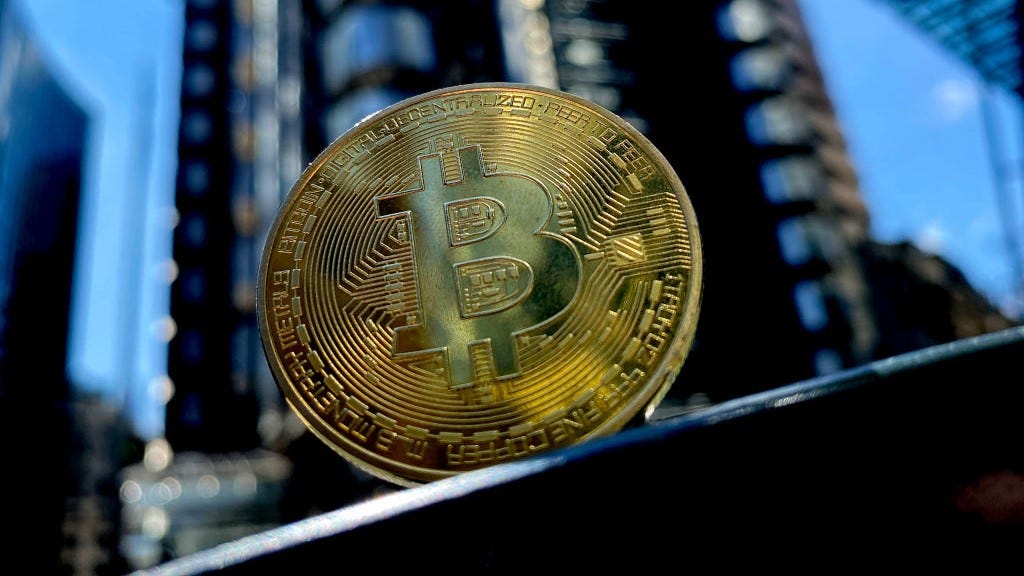 Cryptocurrencies lose $1 trillion in a month 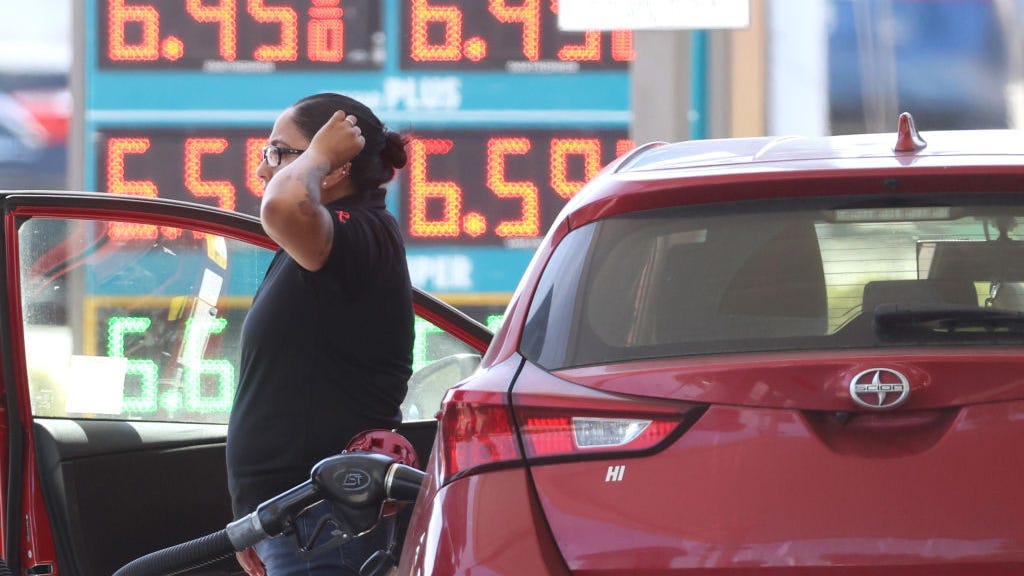 California’s $6 gas price could spread to the rest of the US: expert