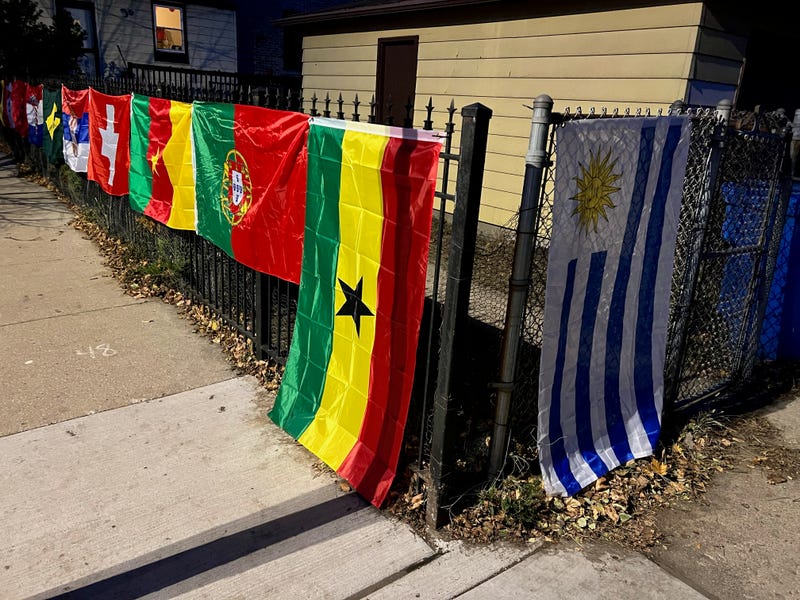 Flags of the different countries competing for the 2022 FIFA World Cup hang outside Scott Fecho's Lincoln Square home. After each team is eliminated, Fecho takes down its flag. Photo credit Scott Fecho
By Andy Dahn

Some houses are dressed in holiday lights and garland this time of year, but not Scott Fecho’s.

“I decided to do all 32 teams this year,” he said. “I had just barely enough room on the fence for it, which surprised me. I even pushed into the alley a little bit, which made me chuckle.”

Since moving to the 2100 block of Leland Avenue back in 2010, Fecho has been hanging the flags of countries competing in the World Cup on his fence, then taking them down once they’re eliminated.

He said the feedback has been overwhelming, and similar to the tournament, he’s just happy to spread some joy.

“I think it’s great for us all to come together and see what happens and hope for the best with the U.S. men’s team.” 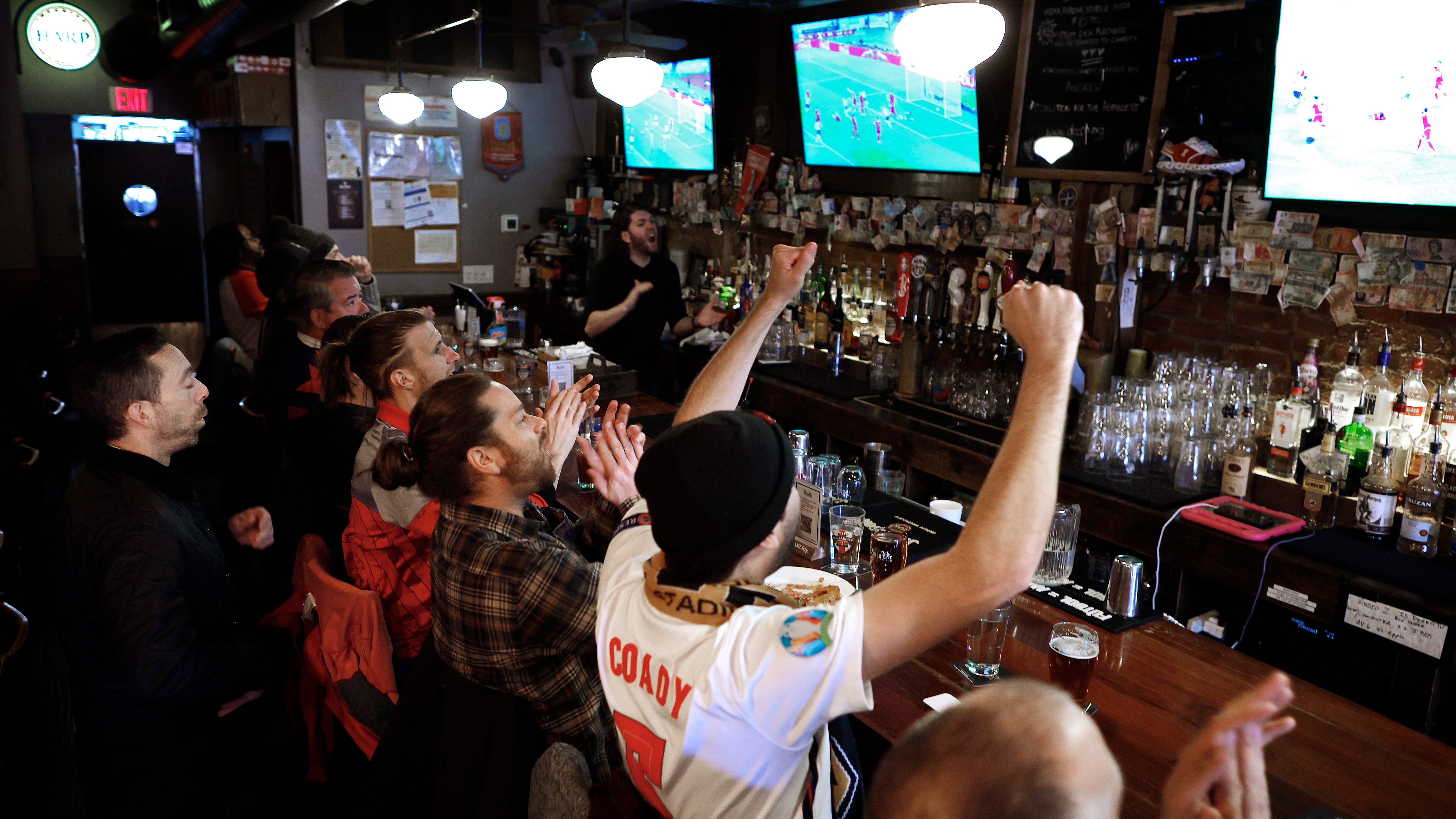 What does the U.S. vs. Netherlands soccer match mean for Americans?