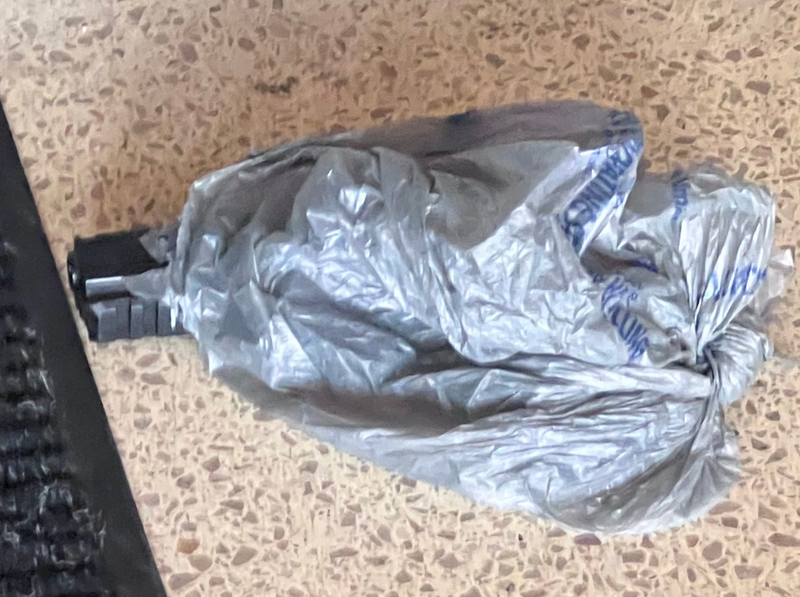 Police say a suspect was holding this semi-concealed gun when he was shot by police in a station. Photo credit Chicago Police
By Sun-Times Media Wire

(WBBM NEWSRADIO) — A Maywood man was pointing a BB gun at officers inside a West Side police station when he was shot this week, officials disclosed Friday.

Terrick Bland, 43, was “mumbling and ranting” when he walked into the lobby of the Ogden District station at 3315 W. Ogden Ave. Wednesday, holding the gun wrapped in a plastic bag, officials said.

Chicago police Supt. David Brown claimed Bland was shouting “anti-police sentiment,” inside the station before he was shot. Prosecutors made no mention of this in court Friday.

Bland allegedly pointed a gun, wrapped in a brown grocery bag, at officers, who repeatedly told him to lower the weapon, according to prosecutors. He did not and officers opened fire, striking Bland in the arm, prosecutors said.

In the hospital, Bland told police he was attempting to get officers’ attention with his weapon and had no intention of shooting them, prosecutors said.

The weapon was later determined to be a BB gun, but prosecutors said only the barrel was visible at the time of the shooting.

Bland was charged with five counts of aggravated battery of a peace officer. A judge ordered him held on a $200,000 bond, meaning he must pay $20,000 to be released.

The shooting came just over a week after a man was shot when he allegedly broke into another West Side Chicago police facility, grabbed unloaded guns from a table and aimed at officers. 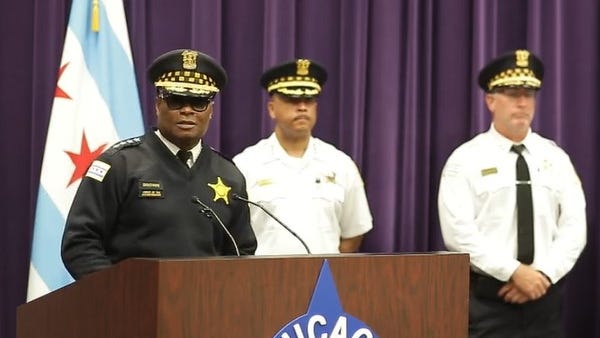