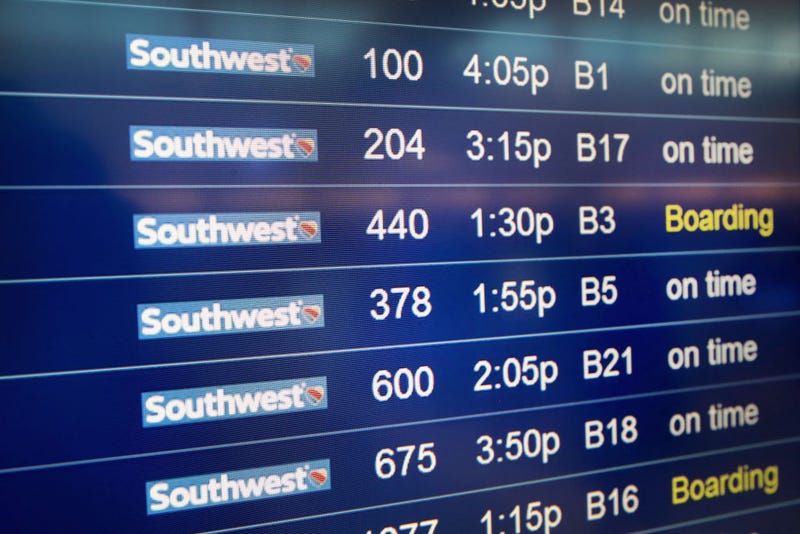 Southwest Airlines flights are listed on a departure board at Midway Airport on January 25, 2018 in Chicago, Illinois. Photo credit (Photo by Scott Olson/Getty Images)
By Lauren Barry

For more than two years, the COVID-19 pandemic has shaken up the air travel industry and there have been frequent headlines over the past year about flight cancellations and delays.

Reports of thousands of delayed and canceled flights in the U.S. over the Memorial Day holiday and even more reported this month are just some examples. Can travelers avoid getting caught up in one of these snags? Possibly.

Aviation intelligence company FlightAware provided Audacy with data from January through July 31 of this year – as well as data specifically from the period of May 27 through July 31 – to reveal the world’s most delay and cancellation-ridden airports.

As for delays so far this summer, Toronto Pearson still topped the list and Chicago Midway was bumped from it, per the data from May 27 onward. Germany’s Frankfurt International moved up to the second-worst spot, followed by airports in Portugal and France. Another German airport took the fifth spot.

No U.S. airports made the post-Memorial Day top five. American airports with the worst summer season delay rates were Chicago Midway at 37.8%, Orlando International at 34%, JFK Airport in New York at 32.5% and Newark in New Jersey at 32.4%.

All of the top 10 worst airports for cancellations are located in China, the world’s most populous country.

U.S. airports with the highest cancellation rates were LaGuardia at 6.2%, Newark Liberty International at 5.7% and Reagan National at 4.8%, with Toronto Pearson coming close at 4.7%. Even with Memorial Day flight cancellations, the top five worst airports for cancellations remained nearly the same, according to FlightAware data from May 27 onward.

Newark and LaGuardia both had cancellation rates around 7%, according to the post-May 27 data.

Many airports in the U.S. had cancellation rates around 3%, including O’Hare international Airport in Chicago, Ill., which had the highest number of scheduled flights and the second highest number of completed flights (behind Hartsfield Airport in Atlanta, Ga., with a 1.7% cancellation rate). Both O’Hare and Hartsfield handled around 200,000 flights from Jan. 1 through July 31.

Kathleen Bangs, a spokesperson for FlightAware said the cancellation rate this year has been 3%, according to Northeastern University. In 2019, before the pandemic, it was less than 2% and during the pandemic it went up to 12%

“The high volume of summer flights has put a huge burden on the airlines, which reduced staff, planes and flights during the COVID-19 pandemic,” said Northeastern. “Like many industries, airlines are also facing inflationary issues, including fuel costs that have more than doubled over the last year.”

Earlier this month, the U.S. Department of Transportation announced a proposed rule that would significantly strengthen protections for consumers seeking airline ticket refunds.

“Since early 2020, the Department has received a flood of air travel service complaints from consumers with non-refundable tickets who did not travel because airlines canceled or significantly changed their flights or because the consumers decided not to fly for pandemic-related reasons such as health concerns,” said the department.

“When Americans buy an airline ticket, they should get to their destination safely, reliably, and affordably,” said U.S. Transportation Secretary Pete Buttigieg. “This new proposed rule would protect the rights of travelers and help ensure they get the timely refunds they deserve from the airlines.”

As of Friday afternoon, FlightAware was reporting 2,684 delays within, into or out of the U.S., as well as 130 cancellations. 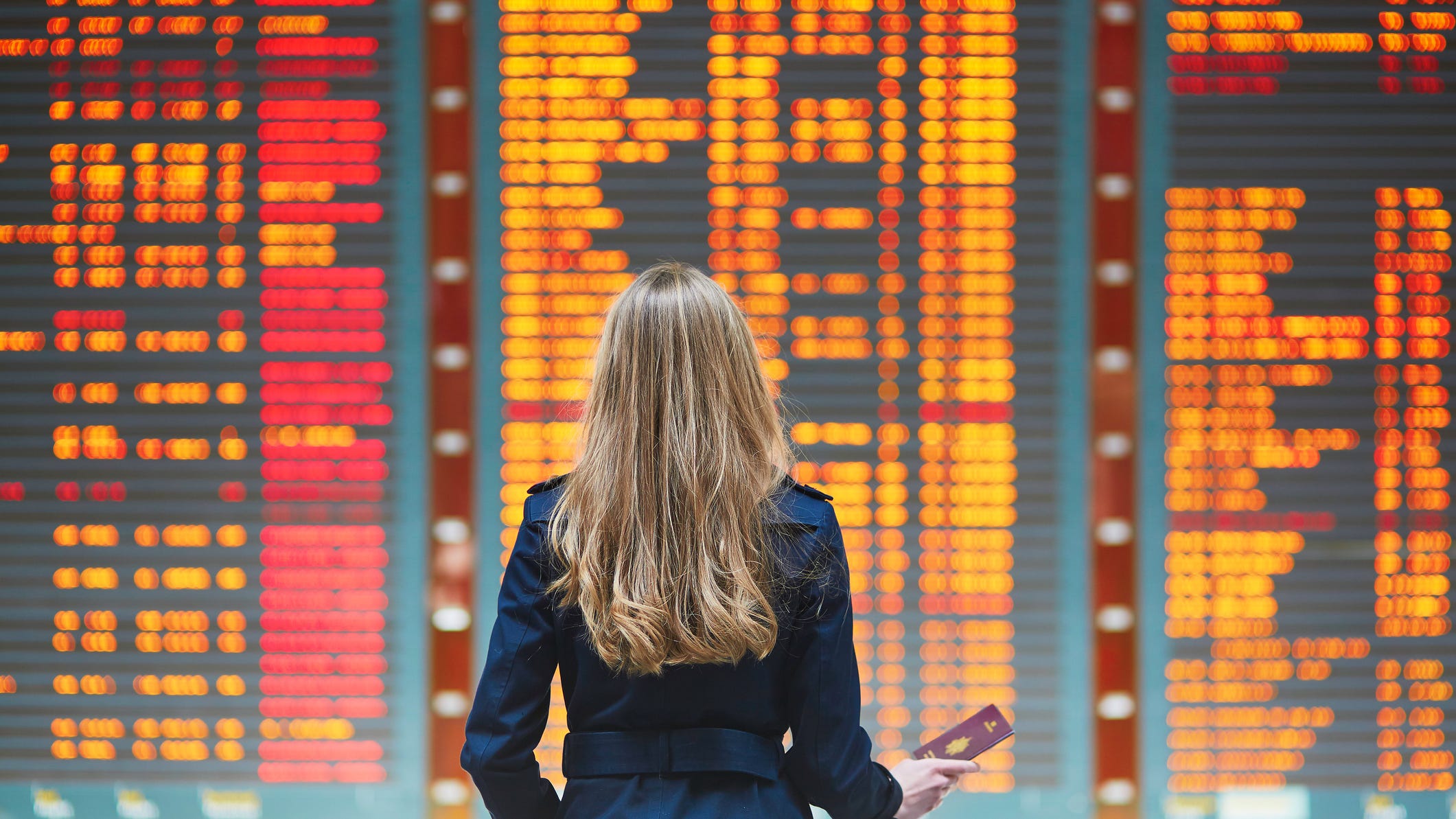 More than 1,300 flights canceled and more than 10,000 delayed this weekend 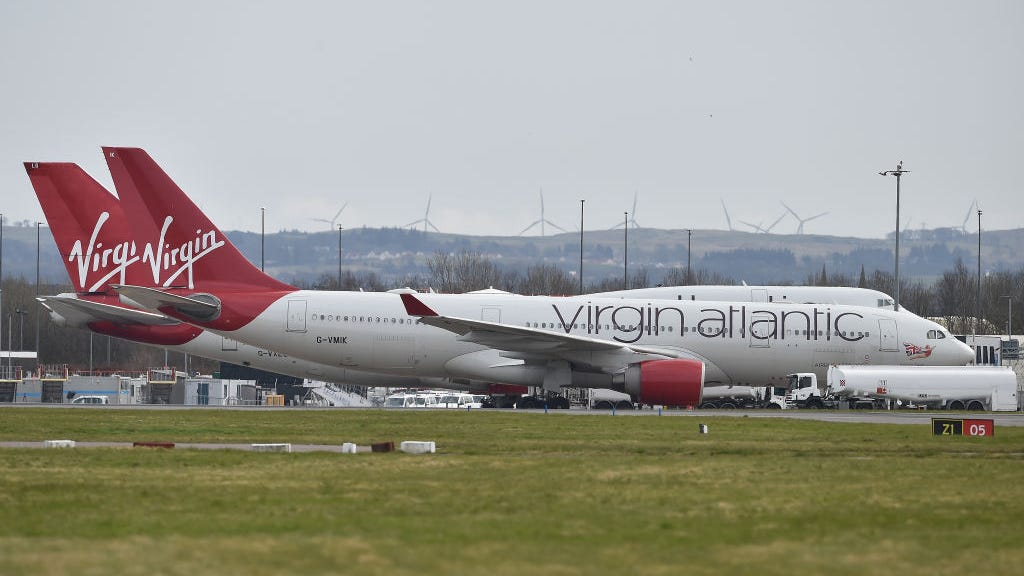