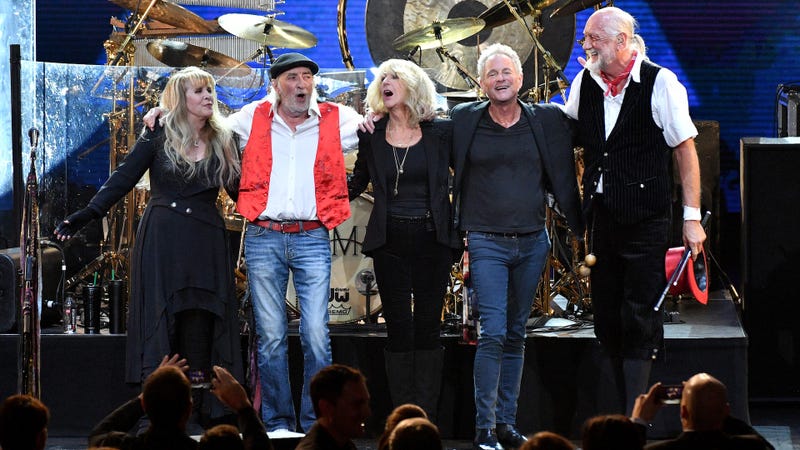 Let’s face it, there’s no band like Fleetwood Mac. With over 50 years as a band, they’ve had lyrics that have tugged at our heartstrings, rhythms that made us boogie all night long, and masterful songwriting that’s made their music transcend multiple generations.

Listen to all your favorite songs on Fleetwood Mac Radio

There’s also been drama. Oh yes, lots of drama. Sure, the feuds and other juicy items may be guilty pleasures, but they do have their place when the history of Fleetwood Mac is written.

For all the negativity and, ahem, Rumours, that have surrounded these feuds, they have had some positive effects. Most notably, they’ve inspired some of the band's most well-known material.

If you want to dig even further into the music of Fleetwood Mac, be sure to check out Fleetwood Mac Radio, our station devoted to the iconic band. In the meantime, let’s take a look at the most entertaining feuds in Fleetwood Mac history. 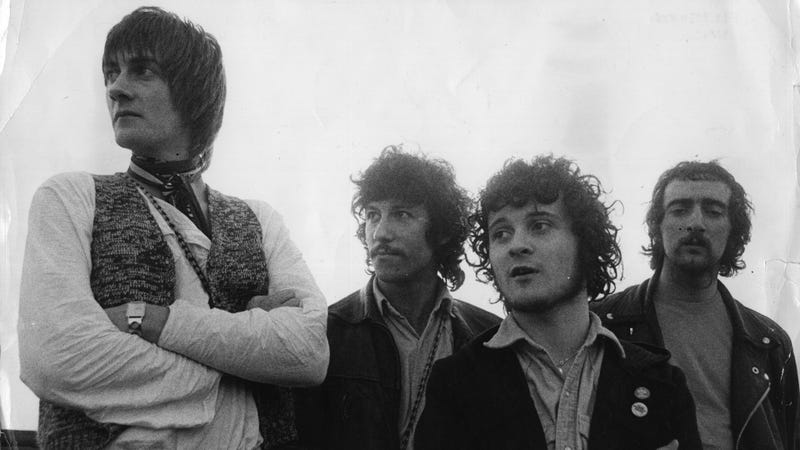 The early years of Fleetwood Mac saw their fair share of tragedy and drama arise as the result of alcohol and drug usage from some of the band members. One situation during this period stands out and it came in 1973 when it was revealed that guitarist Bob Weston was having an affair with Mick Fleetwood’s wife, Jenny Boyd. Fleetwood tried to carry on with the tour, but ultimately said he could no longer work with Weston after a gig in Lincoln, Nebraska. This situation led to the famous “Fake Fleetwood Mac” period where manager Clifford Davis hired a group of musicians and passed them off as Fleetwood Mac. 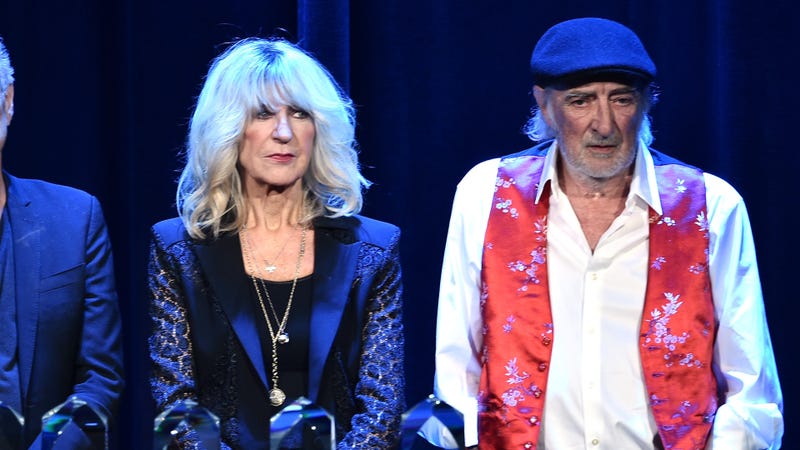 The duo’s marriage first ran into trouble when Christine began an affair with the band’s sound director in 1973. At the same time, John began to drink heavily causing even further friction between the two. It all came to a head during the Rumours sessions when the two refused to speak with each other even though they were still married. At the time, Christine was having an affair with the band’s lighting director, Curry Grant, which served as the inspiration for the song “You Make Loving Fun.” The two divorced shortly afterwards as John McVie has since reflected on how he doesn’t blame Christine for the divorce due to his actions and struggles with alcohol at the time. 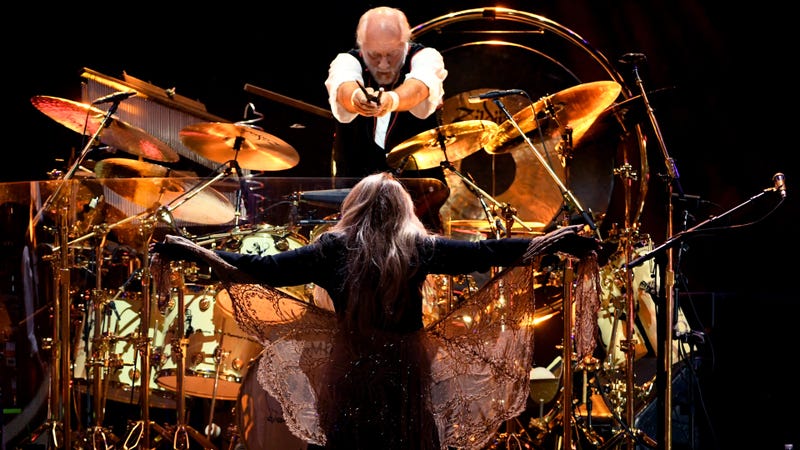 Fleetwood and Nicks began an affair with one another in 1977 while on the Rumours tour. At the time, Fleetwood was still married to Jenny Boyd, while Nicks was dating Don Henley of the Eagles. The two had a short-lived relationship as Nicks has stated that it had to end because it “would have been the end of Fleetwood Mac.” Shortly after they ended their affair, Fleetwood and Boyd divorced as he then went on to begin a relationship with Nicks’ close friend Sara Recor. “​​That was a huge blow,” Nicks once said in an interview. “Sara was banished from the studio by the rest of the band... No one was speaking, and I wouldn't even look directly at Mick. That went on for months. And it was great fodder for writing! The songs poured out of us." 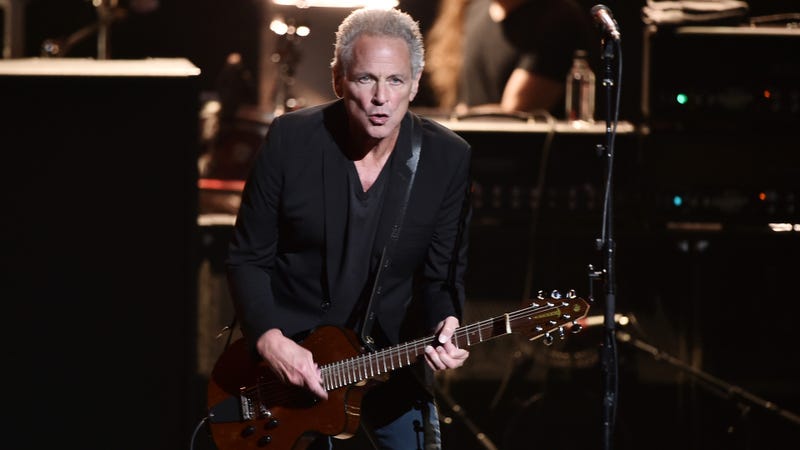 Lindsey Buckingham & The rest of the band

Buckingham has had the distinction of leaving Fleetwood Mac not once, but twice. The first time came in 1987 when he felt he needed to get some space from Stevie Nicks. “I needed to get some separation from Stevie especially, because I don’t think I’d ever quite gotten closure on our relationship,” he said at the time. He also felt like he needed a different outlet to explore his creativity. “I needed to get on with the next phase of my creative growth and my emotional growth,” he said. Fast forward to 2018, Buckingham departed the band once again after he wouldn’t sign off on the band’s touring plans. Since that time, both Buckingham and other members of Fleetwood Mac have spoken about a desire to reunite. 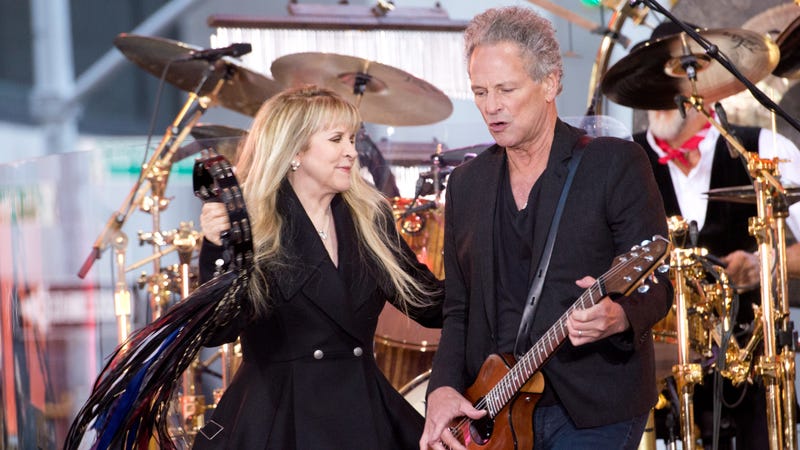 Perhaps the most well-known of the Fleetwood Mac feuds, thousands of words have been dedicated to the two. The pair had been dating for a while when they joined Fleetwood Mac, but their relationship began to unravel shortly after that. Of course, their ire at one another resulted in some of Fleetwood Mac’s most famous songs as Buckingham penned the songs “Second Hand News” and “Go Your Own Way” about Nicks while she responded with “Dreams.” Most recently, Buckingham claimed that Nicks is still in love with him, which continues to serve as a reminder that drama can go on for decades.