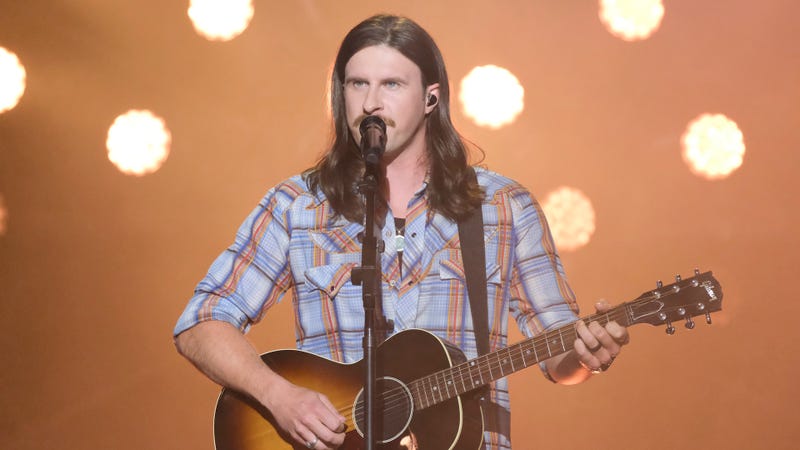 Ready to freshen up your summertime Country playlist? You’re in the right place. We know it can be hard to stray from that playlist filled with Country hits you know every word to from the last 10 years, but change is good, and great things never came from comfort zones.

Brett Eldredge — "Songs About You"

Brett Eldredge is taking listeners on a walk down memory lane! With references to classic songs like Bruce Springsteen’s “Dancing In The Dark,” Bonnie Raitt’s “I Can’t Make You Love Me” and Van Morrison’s “Brown Eyed Girl,” Brett sings though memories with a special someone acknowledging some of the best songs of all time. “There are songs that just transport you back in time to a moment with someone you love,” he said of the song’s concept.“ Even though you’ve not been with the person for a long time, these songs take ahold of you. You might be having a fine day, then you walk into a store where the song is playing, and you're transported into the past.”

Abbey Cone — “King of the World”

As one of CMT’s Next Women of Country, Abbey Cone is ready for her time to shine and “King of the World” is just the beginning of something really big for the Texas native. One of six songs on her new EP, Hate Me, the song tells the story of a man who is “King Of The World,” but it turns out that’s not so great when his world is small. “You can break a heart like it don't matter / But you're gonna hate the truth, it hits you when you fall / You're only king of the world / 'Cause your world is so damn small,” Cone sings in the chorus. SAng with equal parts grace as sass, this song is the ultimate “bless your heart” from this up and coming star!

Hearing this tune featuring Chris Janson and Travis Tritt as they join forces is truly something you can’t live without! One of 16 tracks from Janson’s latest album, All In, this upbeat anthem is sure to have you appreciating all the little things in life in no time at all. From bacon in a skillet to Mountain Dew in the fridge, kids running in the house to a big ol’ comfy couch, these two will remind you there’s plenty to be thankful for with this 90s-inspired Country song that’s just good for the soul.

Callista Clark — “Gave It Back Broken”

A broken heart has never sounded so beautiful. Clark’s natural talent and vulnerability shine bright in this heartbreak ballad that will soften even the strongest of hearts. All about giving her heart to someone she trusted to keep it safe, only get it back broken this song is a tear-jerker and should only be played with a pack of tissues near by!

John Morgan — “Right In The Middle”

Currently a contestant on NBC’s American Song Contest, John Morgan is quickly gaining the attention of Country fans everywhere. Morgan originally performed “Right In The Middle” on the show and now, it’s in high-demand across the country. “’Right In The Middle’ is about being in love with somebody that you’re not with anymore and trying to move on with somebody new.,” Morgan said of the tune. “Hopefully that’s not something you’re going through, but if it is, maybe you can relate to this song.” According to the response, many people can relate, and Morgan’s song is just the thing they need to get through.

Ian Flannigan — “Under the Southern Sky”

After celebrating his status as a finalist on season 19 of The Voice as a member of Team Blake, Ian Flanigan is hitting Country music with a song that honors everything there is to love about life in the South. From Wal Mart parking lots and hard-earned money to chasing dreams and bright stars, this song is everything a Country fan craves!

We can always count on Niko Moon for a good time and that doesn’t change with this feel-good anthem! Filled with all the good summertime vibes and ‘life is good’ lyrics, this tune is the perfect transition into summer nights and sunny days. “It's going down easy tonight / Ain't it good when it all feels right / ‘Tween this drink in my hand / And some real good friends / It's going down easy tonight.” What more could you want?!