CORBIN, Ky. (KMOX) - Nelly, the legendary St. Louis rapper who wrote "Hot in Herre" has gone viral for making sure a young fan of his wasn't too cold outside. The heartfelt moment came after one of his recent concerts.

Tiffany Harris and her daughter had just attended Nelly's Nov. 27 in Corbin, Kentucky and were in their car waiting in traffic to leave. Then they saw the artist's tour bus, on the other side of a fence, surrounded by security guards.

But then they saw Nelly.

So Harris' 12-year-old daughter, Caitlyn, jumped out of the car and ran over to say hi. Not only did Nelly greet her, but he was worried about her running out in the cold. So he slid off his black bandana-patterned jacket and put it on her.

"And don't you come out there no more without that jacket," Nelly told her and he draped the jacket on her. "Merry Christmas!" 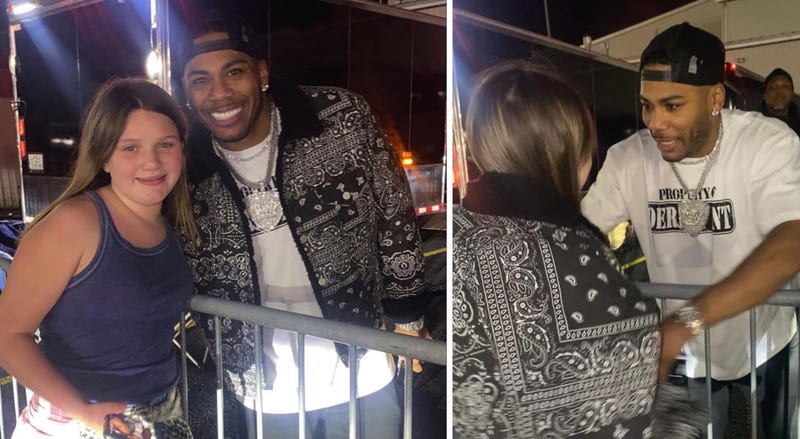 The moment was caught on video and has gone viral with more than 7.2 million view on TikTok.

"I love that people are getting to see how nice and down to earth he was! He could’ve easily just kept walking and not let her get a picture or anything," Tiffany Harris says. "This was probably the best memory she’ll ever have!"

She says she grew up on Nelly's breakout album, “Country Grammar,” when she was around her daughter's age. Now they're living a dream thanks to Nelly.

"He just made her life," she says.