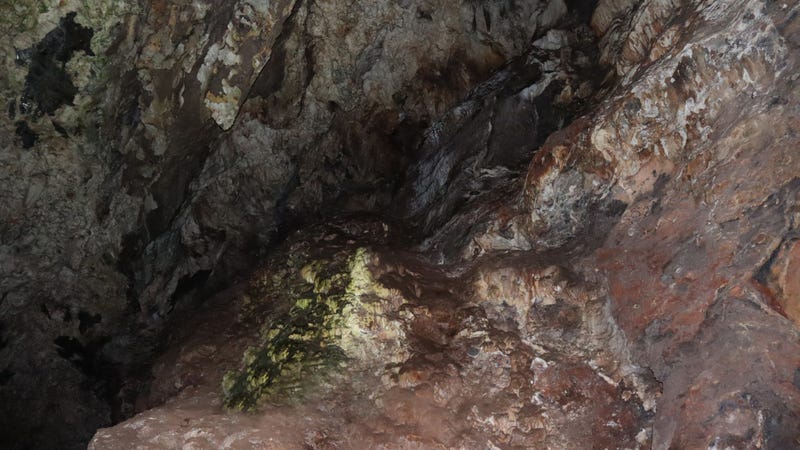 This is an afternoon trip inside the Sterkfontein Caves Gauteng, where the first beings on earth were discovered. Photo credit Getty Images
By Colin Martin, Audacy

Researchers at the Sterkfontein Caves in South Africa found fossils of early human ancestors that are a million years older than thought before, according to a new study that was published Monday in the Proceedings of the National Academy of Sciences.

According to CNN, the newly found fossils "belong to the genus Australopithecus, an ancient hominin that was initially thought to live 2 million to 2.6 million years ago."

In 1947, researchers at the Sterkfontein Caves found the fossil nicknamed "Mrs. Ples," the most complete skull of an Australopithecus africanus, and determined it was about 2.3 million years old.

The Sterkfontein Caves are part of the Cradle of Humankind, a UNESCO World Heritage Site, that's located northwest of Johannesburg, South Africa. Many other remains have been found at this site over the years, allowing researchers to learn more about early human ancestors.

Famously, researchers found the fossil nicknamed "Lucy" in Ethiopia in 1974, as it was one of the oldest fossils of early human ancestors ever discovered. The Lucy specimen represents the species Australopithecus afarensis and is said to have lived 3.2 million years ago.

Dominic Stratford, director of research at the caves and one of the study’s authors, said that this means the new fossils, including Lucy, were around at similar times as Mrs. Ples.

"This important new dating work pushes the age of some of the most interesting fossils in human evolution research, and one of South Africa’s most iconic fossils, Mrs. Ples, back a million years to a time when, in East Africa, we find other iconic early hominins like Lucy," Stratford said, according to The Washington Post.

During the search for new fossils, researchers used a different technique than in the past called cosmogenic nuclide dating, "which looked at levels of rare isotopes created when rocks containing quartz were hit by high-speed particles that arrived from outer space," according to The Guardian.

The study's lead author Darryl Granger, professor of Earth, atmospheric and planetary sciences in Purdue University's College of Science, explained how they could date the fossils with the new technique.

"Their radioactive decay dates when the rocks were buried in the cave when they fell in the entrance together with the fossils," Granger said.

Granger went on to add that the caves have more Australopithecus fossils than anywhere else, but it has always been a challenge to properly date them.

"Sterkfontein has more Australopithecus fossils than anywhere else in the world," Granger said in a statement, per CNN.

"But it's hard to get a good date on them. People have looked at the animal fossils found near them and compared the ages of cave features like flowstones and gotten a range of different dates. What our data does is resolve these controversies. It shows that these fossils are old -- much older than we originally thought."