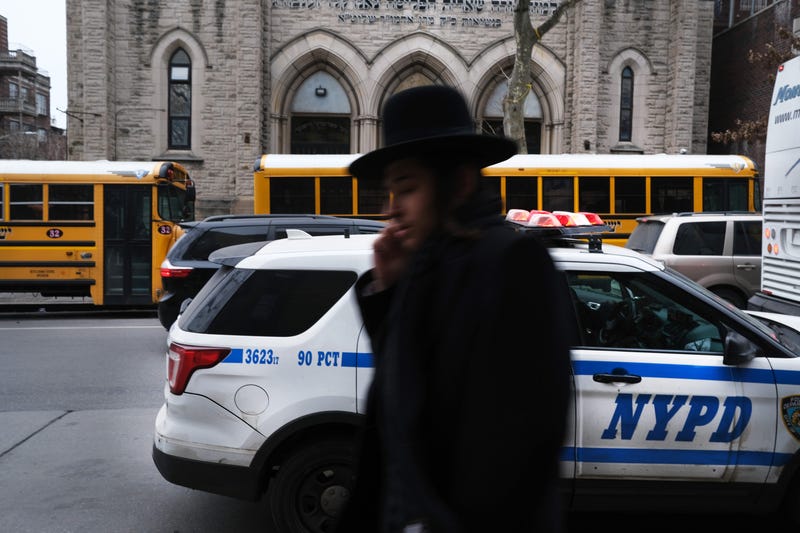 NEW YORK (1010 WINS) – Two women were arrested Wednesday after police say they made anti-Semitic threats against a man before punching him in the throat and taking his phone.

The 22-year-old man was attacked near the intersection of Broadway and Lorimer Street in Williamsburg shortly before 1 p.m.

The man tried to call 911, so the 24-year-old grabbed it and punched him in the throat, police say.

The man was in stable condition at a hospital Wednesday with throat pain.

Former Assemblyman Dov Hikind, who has been following these attacks closely, tweeted what he said was a photo of the two suspects.

Charges against the two women are pending.

It's just the latest in a string of attacks against Jews in the city, particularly in Brooklyn. Video surfaced Tuesday of a man being punched and hit with a chair by a group of men in Crown Heights—a  group police believe may be responsible for a similar attack on another man. About a dozen such crimes have been reported over the course of a week in the city.

NYPD immediately canvassed the area and took two individuals into custody. The investigation is ongoing by the Hate Crimes Task Force. People MUST be able to walk their own neighborhoods free from fear. pic.twitter.com/0v7LNdx8gA