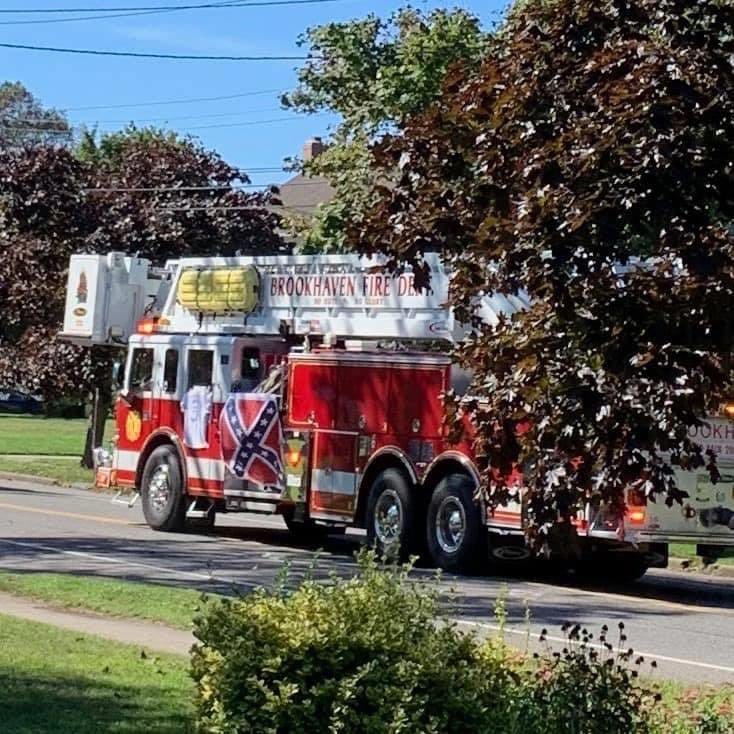 NEW YORK (1010 WINS) -- A Long Island town said on Sunday it "condemns" the display of a Confederate flag on a fire truck belonging to a local fire department, which echoed that sentiment, adding "racism has no home in our firehouse."

And Gov. Andrew Cuomo said in Monday he has directed the state's Division of Human Rights to investigate the matter. "I'm appalled by reports that a Confederate flag was flown on a Brookhaven Fire Department truck at a Patchogue parade," he said. We have zero tolerance for symbols of racism or division, and I have directed the New York State Division of Human Rights to investigate the incident immediately."

"The unauthorized action was done without the knowledge of our leadership team and is condemned in the strongest of terms," Brookhaven Fire Chief Peter Di Pinto Jr. said in a statement.

He said "disciplinary action for this matter has already commenced," and it involved one firefighter.

"Because this is a personnel matter and currently under investigation, we cannot give our any further details, except to say the incident involved a single firefighter, acting alone, during a non-response event," he said.

The Brookhaven Town Board in Suffolk County said, "It is our hope that those responsible for this hurtful display will be found, identified and be held accountable for their actions," adding, "there is no affiliation between our government and this local fire department." 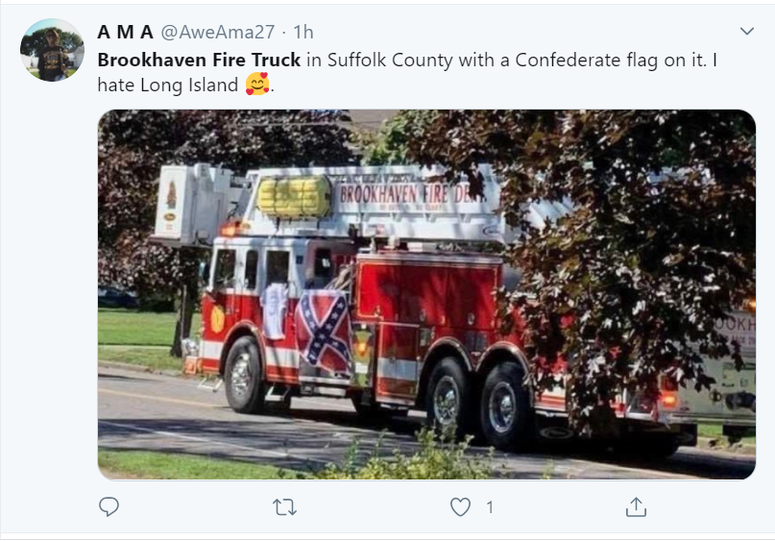 The Brookhaven Town Board learned about the flag after a photo circulated on social media this weekend of a Brookhaven Fire Department fire truck draped with the flag. In the photo, the truck appears to be on a street. There are no firefighters visible.

"This afternoon, the Brookhaven Town Board was made aware of the display of a Confederate flag on a fire truck belonging to a local fire department," the statement said. "The Town Board condemns the display of this symbol of racism and hatred in the strongest possible terms, and is calling for this fire department to launch an investigation into this matter and take immediate and serious action in response."The statement continues, "Brookhaven Town has been built upon a history of inclusion and diversity. Our cemeteries contain the graves of men who gave their lives fighting against this flag. This flag is a symbol of hatred and there is no place for it, or the racism it displays, in our Town." 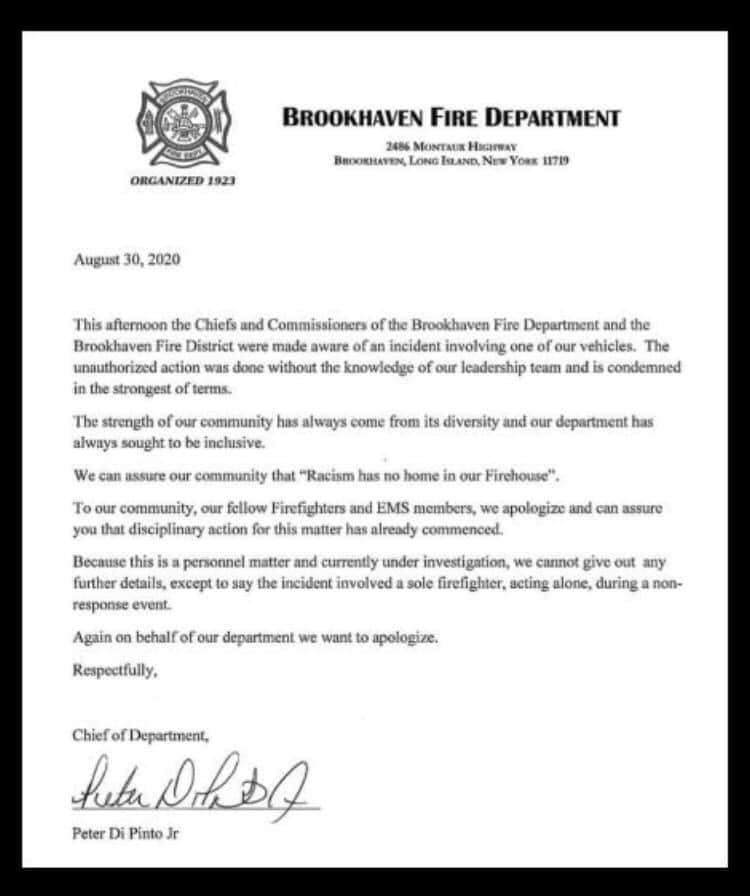 The Twitterspehere lit up as the photo made the rounds:

One user wrote, "WTF Long Island? Confederate flag on a Brookhaven fire truck. Terrorizing the community & boldly showing off their racism. This is what Trump’s Long Island looks like."

Wrote another, "Brookhaven Fire Truck in Suffolk County with a Confederate flag on it. I hate Long Island."

"Why does a Brookhaven fire truck, funded by tax dollars, have a Confedetate flag draped on it?" asked another user.

Brookhaven Fire Truck in Suffolk County with a Confederate flag on it. I hate Long Island 🥰. pic.twitter.com/JCnRhZ7kGV

Hey @Newsday and @News12LI Why does a Brookhaven fire truck, funded by tax dollars, have a Confedetate flag draped on it? #ConfederateFlagOnFireTruck pic.twitter.com/3pv1QNjVsf