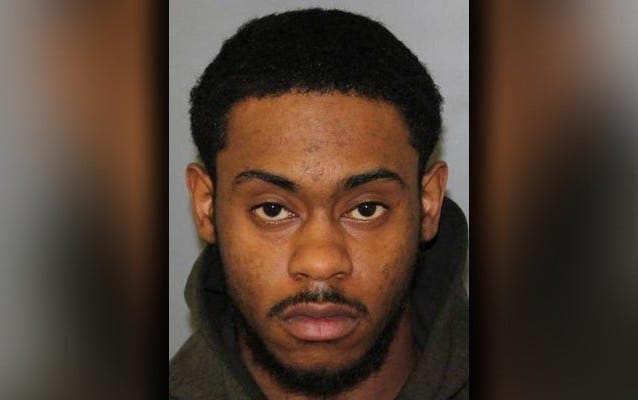 David “Mooka” Hardy, 26, was sentenced to 31 years in prison, while co-defendant Marquis Collier, 28, was given 27 years. Hardy was also condemned for his role in a 2012 shooting.

The two men had previously pled guilty to participating in the murder of McKenzie in September 2020.

According to an WABC-TV report, Hardy addressed the court in White Plains on Tuesday and took full responsibility for the 13-year-old’s death. He also offered an apology to the teen’s family.

“I know I made mistakes. I take full responsibility for my actions. I can't place any blame on anybody else, go around it. I can't say sorry enough,” he reportedly said.

McKenzie was killed on New Year’s Eve in 2016 while driving home from basketball practice in her mother’s car.

According to prosecutors, their vehicle was struck by gunfire as Hardy and Collier attempted to murder a rival gang member in broad daylight by firing multiple shots at him in the vicinity of Tecumseh Avenue and Third Street in Mount Vernon.

The rival gang member suffered gunshot wounds but survived.  One of the bullets fired by Hardy, however, missed the intended target and struck McKenzie – who was in the front passenger seat of the passing car – in the head.

“Nothing can undo the senseless killing of Shamoya McKenzie, an innocent young woman, or the trauma experienced by her mother, who witnessed it,’ said U.S. Attorney Audrey Strauss. “Justice requires that those responsible be held accountable, as Marquis Collier and now David Hardy have been. Rightly, both will spend decades in federal prison for their crimes.”

“Today’s sentencing by a federal judge of David Hardy, whose reckless disregard for human life caused the senseless death of an innocent 13-year-old girl, Shamoya McKenzie, closes a long and brutal chapter for Shamoya’s mother, family, friends and community,” said Westchester District Attorney Miriam Rocah. “It has been my honor and privilege to get to know Shamoya’s mother and friends, first as a federal prosecutor and now as District Attorney. Shamoya’s untimely death, thanks to the Shamoya McKenzie Foundation, Moms Demand Action and so many others, has been a unifying force to rid our streets of gun and gang violence. We will continue to fight for justice in her honor.”

According to federal prosecutors, Hardy and Collier were involved in a racketeering enterprise known as the “Goonies” from 2007 to 2017. The group was known to commit multiple acts of violence and were also known narcotics distributors.