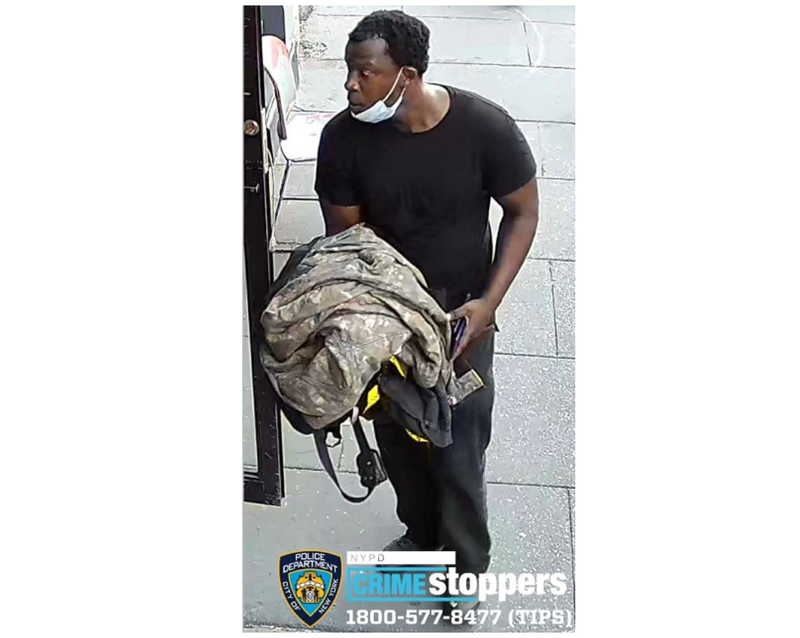 Police on Saturday released security footage of a man they accuse of stealing an FDNY coat and radio from a station house in the Bronx. Photo credit NYPD
By 1010 WINS Newsroom

NEW YORK (1010 WINS) — A man stole an FDNY coat and radio right from a Bronx station house — a day after the city commemorated the 20th anniversary of the Sept. 11 terror attacks, police said.

The thief plundered the items shortly after 5 p.m. Sunday, Sept. 12, from the FDNY Engine 71/Ladder 55 station in Melrose, according to cops.

The suspect entered the station from an "open gate" and made off with the gear on foot, undetected, police said.

The NYPD released security footage of a suspect on Saturday they believe is holding the stolen wares. He is believed to be 30 to 40 years of age and was last seen wearing a black t-shirt, black pants, black sneakers and white face mask under his chin.